The moment was captured in now-viral video of a confrontation between Cruz and a heckler on a plane. 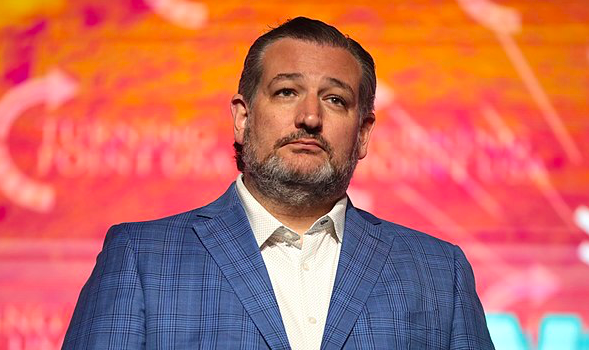 Sen. Ted Cruz is taking online heat for being unable to name a single victim of the mass shooting in Uvalde only two days after meeting with the family of a child slain in the tragedy.

The criticism swelled after video of an interaction between the Texas Republican and a man aboard a plane went viral on Twitter. The man, wearing a Beto O'Rourke T-shirt, confronted Cruz, challenging him to name any of the 19 children who perished in the mass shooting at Robb Elementary School.


Senator Cruz was on my flight, and I asked him to name any of the Uvalde victims.

He couldn’t. Texas deserves better than spineless hacks like this. Right the wrongs of 2018, and make @betoorourke our next Governor. #betoforgovernor #cancuncrus #uvaldestrong pic.twitter.com/AW34oxuUNv

"Hey, we're in Houston? I thought we were going to Cancun," the passenger quips in the video, referencing Cruz's infamous escape to the Mexican resort town during February 2021's Winter Storm Uri.

The passenger continues: "Senator, thank you for everything you've done since Uvalde. All those podcast videos must've raised a lot of money for you."

In the clip, Cruz responds by blaming Democrats for blocking the Securing Our Schools Act of 2022, a bill authored by the senator that would have directed billions in federal aid to hiring more school police officers and mental health counselors.

"You tried to pass it? What work were you doing? How did you have time when you were recording your shit-ton of podcast episodes," the man says, referring to the senator's Verdict with Ted Cruz podcast.

The impromptu debate takes an awkward turn when the heckler asks Cruz if he could name any of the kids slain during the Robb Elementary School massacre.

"I do," Cruz insists, albeit hesitantly, then pivots before naming a single name. "And, ask why [Democratic U.S. Sen.] Chris Murphy objected to stop the biggest school safety bill ever passed yesterday. But you don't know. You don't care about the facts. You're a partisan. That's OK."

The video comes the same week Cruz refused to support a federal ban on assault rifles while meeting with the family of Alexandra "Lexi" Rubio, one of the children who died during Robb Elementary shooting.

Cruz has been ridiculed for his actions since the tragedy, attending the National Rifle Association leadership summit in Houston days after the shooting took place.

The viral video of the plane confrontation had garnered 11,000 likes and more than 600 comments as of Friday morning.