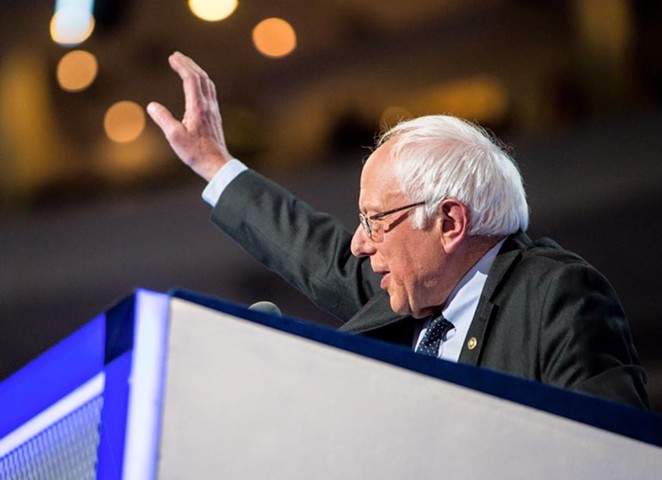 Video published by the Texas Tribune shows the morning devolved into a shouting match after Russell Lytle, a Sanders delegate from Denton, veered into sharp criticism against Clinton.

The Sanders delegates were invited on stage to speak by the Texas Democratic Party in an attempt to unify the two camps. Lytle, however, who started with talk about turning Texas blue, veered away minutes into his prepared statement and shared a different message with the Clinton backers. He said the Sanders delegates from Texas weren't supporting Clinton tonight when delegates from across the country cast their votes to choose their nominee.

"We are going to be utilizing the media contacts that we've made and pushing the message for Bernie Sanders to be our presidential nominee this evening," Lytle said, before reiterating that Sanders' Texas delegates weren't budging. "We want to be clear. We are currently condemning our current presumptive nominee."

Lytle left the stage as shouting and boos took over the room. He later withdrew his convention credentials and apologized, according to the Tribune, which quotes other Sanders supporters saying that Lytle's comments weren't reflective of the rest of the Lone Star State's Sanders camp.

Lytle's outburst of support for Sanders came two days after DNC Chairwoman Debbie Wasserman Schultz resigned when Wikileaks published nearly 20,000 internal DNC emails. Some of those emails showed Wasserman Schultz and other high-ranking Democrats were biased against Sanders, a charge Schultz and the party had repeatedly denied in the past.