Sites operated by both CPS Energy and San Miguel Electric Cooperative are leeching contaminants into groundwater, the new report states. 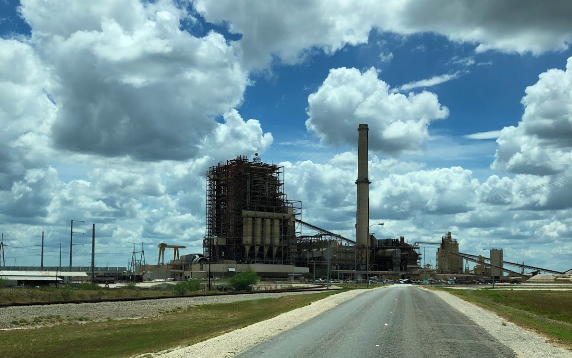 Coal ash is a byproduct of burning coal to generate power. Power plants often unload the waste into on-site detention ponds that can leach toxic chemicals into the groundwater.

The EPA created the first federal rules ordering cleanup of coal ash dumps seven years ago. However, only half of power plants that are contaminating groundwater have agreed that cleanup is needed, according to the report's authors. Indeed, 96% of plants aren't proposing any groundwater treatment, they add.

“In every state where coal is burned, power companies are violating federal health protections,” Earthjustice Senior Attorney Lisa Evans said in a statement. “Coal plant owners are ignoring the law and avoiding cleanup because they don’t want to pay for it. Coal ash waste is causing widespread water contamination that threatens drinking water supplies and the environment.”

In an emailed statement, San Miguel Electric Cooperative said it works with environmental regulators to be a good steward. It said the study doesn't take into account that the groundwater at its site isn't used for drinking.

CPS Energy also provided a written statement. Utility officials said a third-party analysis of its storage units at the Calaveras plant found that they're in compliance with environmental rules.

The utilities' two facilities are among 15 Lone Star State plants whose coal ash waste sites have contaminated groundwater, according to the report. Texas is tied for the third most contamination sites among all U.S. states. The authors based their research on environmental monitoring data filed by power plants nationwide.

The groundwater at the San Miguel site has levels of a dozen toxic substances higher than safe limits, according to analysis by Earthjustice and EIP. The level of cobalt alone exceeds the limit by 488 times.

While San Miguel has said it plans to close the ponds at its power plant, the report's authors say that those efforts don't go far enough, since the cooperative doesn't plan to remove ash from one that may be sitting in groundwater.

In its statement, San Miguel said the report makes an "inappropriate" inference that the groundwater at the site is risky by comparing it to the EPA's drinking water standards.

"This appears to be an intentional omission, indicating EIP’s clear purpose of triggering fear and suspicion, as opposed to presenting a balanced view of the facts," said Mike Nasi, environmental counsel for San Miguel.

CPS's Calaveras site reported quantities of nine toxic substances — including beryllium, boron, lead and lithium — that are over safe levels, according to the report.

In its statement, CPS said the third-party review of its facility found that it doesn't pose a threat to groundwater.

Abel Russ, EIP's senior attorney and co-author of the report, warned that groundwater contamination will worsen if companies and regulators don't move to rein in the problem.

“We have an opportunity to clean these sites up before they create a much larger problem," he said. "If the industry would simply follow the rules, we could make significant progress.”