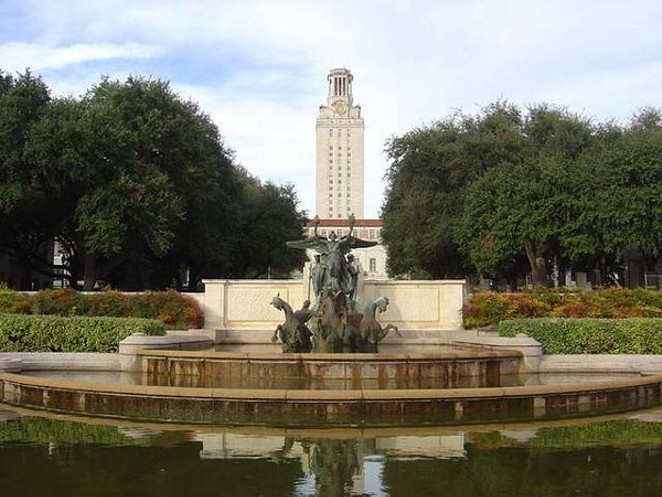 Wiki Commons
Both Attorney General Ken Paxton and the University of Texas-Austin have asked a court to throw out a lawsuit brought by three UT professors who don't want guns in their classrooms.
The writing may be on the wall for three University of Texas-Austin professors who filed a lawsuit asking a federal judge to allow them to ban concealed handguns in their classrooms.

Paxton has mostly ridiculed their efforts in court filings, describing their fear that the controversial topics they teach don't mix with handguns as ridiculous. "There is only one apparent basis for their fear: Plaintiffs think the adults in their class who have been licensed by the State to carry handguns state-wide are ticking time bombs who are likely to commit acts of violence if they are allowed to carry a handgun in class where they are exposed to the Professors' ideas," Paxton wrote. "That is ridiculous." Much of Paxton's motion to dismiss includes reiterated passages from a brief the AG filed last week against Glass, Moore and Carter's motion for a preliminary injunction.

As for UT-Austin, it says the professors have no standing to bring a federal lawsuit against campus carry because no federal law has been broken. Furthermore, "they do not have a First, Second, or Fourteenth Amendment right to ban licensees from the UT Austin classrooms where they teach. Because they have not been deprived of any constitutionally protected interest, Plaintiffs lack standing." UT-Austin also argues that the professors have no First Amendment right to challenge university policy, adding that they simply don't have enough evidence to prove that the presence of concealed handguns will stifle free speech in the learning environment.

During a hearing over Glass, Moore and Carter's request for a preliminary injunction last Thursday, Yeakel did not rule on their request, asking both parties for more clarification on their stances. According to the Texas Tribune, a ruling on the injunction could come sometime after Wednesday.