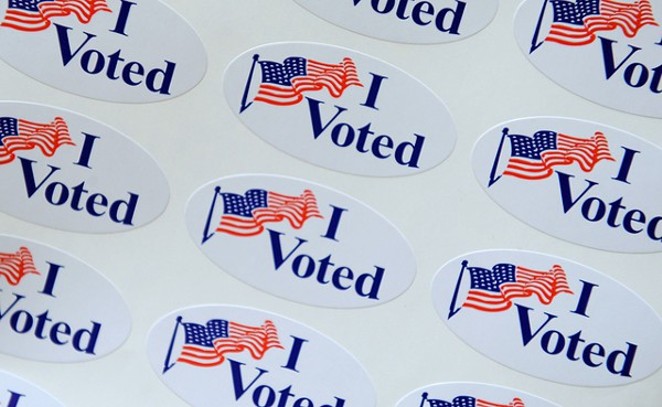 Correction: Story is updated to reflect that Tomas Uresti is in a runoff with John Lujan, not Gabe Farias.

The propositions amend amend Texas constitution in a number of ways, like, raising the homestead exemption from tax money for public schools — creating nominal savings — to making sure the surviving spouses of veterans who were 100 percent disabled and died before 2010, when a legislators created a homestead exemption for them, also get that exemption.

Texas voters also approved removing a requirement that certain state officials live in Austin; letting sports team hold charitable raffles; letting counties with small populations perform private road maintenance and construction; and using certain tax revenues to pay for non-tolled roads and paying down transportation-related debt (critics maintain this last one is a bad idea because it will tie the hands of future Legislatures and lead to cuts in state services).

However, one ballot proposition was not like the rest. It was completely unnecessary. Voters approved recognizing the people's right to hunt in Texas, which the people already had.

In a press release, the NRA admits that it led the campaign behind this amendment, and thanks State Sen. Brandon Creighton (R-Conroe) and State Rep. Trent Ashby (R-Lufkin) for their "leadership."

Talk about bowing to special interest groups, who are, really, just scared of anti-hunting groups, who couldn't stop hunting in Texas prior to this vote anyway because Texans already had a right to hunt and fish.

Anyway, on the local front, voter turnout was miserable — as expected — with just a little more than 8 percent of registered voters making it to the polls.

In an election for House District 118, Republican John Lujan will face Democrat Tomas Uresti in a runoff. Reading the headlines this morning, it seems Lujan's success is a shake-up and was unexpected as the district is heavily democratic and Farias, along with candidate Uresti — a Dem — are well-known political families. Farias sought to replace his father Rep. Joe Farias who resigned earlier this year because of health problems.

NEISD voters approved a school bond, and Michael W. Lackey was elected to the San Antonio River Authority board of directors.

There was also plenty of action in some of the smaller towns around San Antonio. Click here to visit election results.