Want Basic Public Records Out of Alamo Colleges? That'll Be $2,300 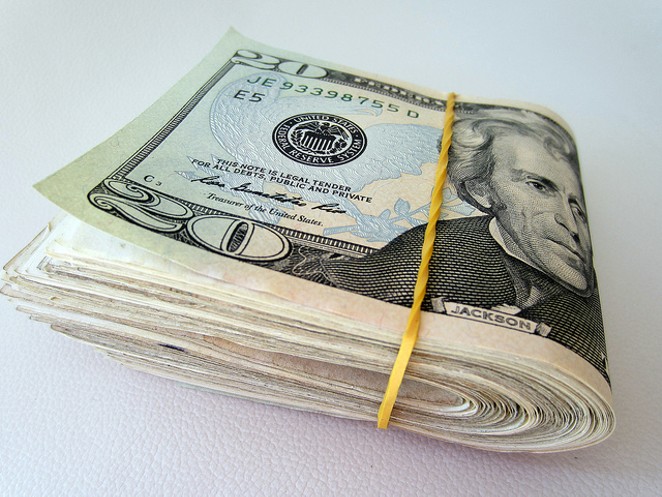 401(k)2012 via Flickr creative commons
You might need to drop serious coin to get public records out of Alamo Colleges
Just last year, Alamo Colleges was lauded by the state comptroller's office for its "financial transparency," winning an award for how easy the community college system supposedly makes it for taxpayers to understand how their money's being spent.

Which is odd considering the $2,340 bill the college system recently sent to a reporter asking for some of the most basic public records, information routinely requested by government watchdogs: taxpayer-funded travel records.

According to Watchdog.org's Kenric Ward, Alamo Colleges attorney Ross Laughead sent him a letter estimating it would cost more than $2,000 to pull travel records; the school also disclosed that total travel costs for the college system went from $2.2 million in 2014 to $3.2 million last fiscal year (*see update at the end of this post).

As Ward reports, even Alamo College's 2014 spending level seems out of line both with similarly sized and even larger community college systems across the state. Consider that officials at Austin Community College spent $950,000 on travel in fiscal year 2015, or that Tarrant County Community College, which Ward says has enrollment comparable to Alamo Colleges, listed just $37,924 in itemized travel expenses that year. Houston Community College, one of the largest community college systems in the country, reported $838,00 in travel expenses last year, Ward reports.

Kelley Shannon, executive director of the Freedom of Information Foundation of Texas, says her organization sees more and more people every year who run into the kind of paywall Ward encountered when requesting public records. "What we do see increasingly are governmental bodies that seem to charge too much for the records that are being requested," she said. "It’s a trend and it’s a problem."

While the Texas Attorney General's office has rules that are supposed to limit how much a taxpayer-funded agency can charge you for public records, public institutions still get to estimate the cost of labor that goes into fulfilling your request – which can be subjective and sometimes difficult to contest. "Sometimes the amount of labor estimated (to access record) sounds unreasonable, but how is the average citizen supposed to know how to interpret or double check that?" Shannon told the Current.

Shannon says most citizens probably don't know they can appeal any seemingly exorbitant public records fees to the AG's office. However, she says that judging by the cases she's seen, it's kind of a tossup once it reaches that point. "Sometimes the AG's office takes a hard look and reduces the cost," she said. "But sometimes they just seem to go with the agency's estimate."

Ward appealed Alamo Colleges' $2,300 price tag for public records to the AG's office, which last week told the college system to come up with a new, presumably lower, estimate. The AG also gave them a deadline of five business days, which Ward says Alamo Colleges has already blown.

What makes Ward's $2,300 bill for Alamo Colleges travel records all the more curious is the fact that other colleges turned over the information with little to no problem. Ward reports that both Austin and Tarrant community colleges released itemized travel expenses at no charge. Houston Community College said it would cost $120 to provide itemized expenses. Ward reports that the Dallas County Community College District quoted a hefty $550 for copies of its travel records, but also said that travel logs could be viewed in person at no cost.

So why is Alamo Colleges the outlier? Why did the system's travel costs, which were already higher than others in the state, jump $1 million year over year? We reached out to Chancellor Bruce Leslie, Laughead and system spokesman Leo Zuniga Wednesday but have yet to get a response. (*Alamo Colleges attorney Laughead provided some responses via email late Friday September 30. See an update at the end of this post.)

Meanwhile, Shannon with the Freedom of Information Foundation says the public records dustup is just another example of "the biggest problem going on with the Texas Public Information Act right now. ...When cost becomes a routine barrier, that means the information is no longer public for a lot of people."

—
*Update 10/3/16: Alamo Colleges lawyer Loughead said in an email that because of the way the college keeps its travel records, which contain “information protected by privacy requirements,” the college offered to create spreadsheets outlining the travel expenses – for an estimated $2,300. Laughead said of Ward: “Rather than first questioning us or asking for alternatives, he chose to complain to the Attorney General.”

Laughead also told the Current that Alamo Colleges included student travel costs (which it says are covered by program fees) and “grant authorized and funded employee travel" in its total 2015 and 2014 travel costs. If you only count “net out-of-town travel” by Alamo employees or trustees, that number went from $1.1 million in 2014 to nearly $1.5 million in 2015.

He provided this breakdown: