One of San Antonio's most distinctive homes, a coliseum-style mansion near Olmos Dam, hit the market Wednesday with a price tag just under $4 million.

The 5,800-square-foot property, which climbs a wooded hillside overlooking Olmos Basin, is owned by former attorney Christopher “Chris” Pettit, whose holdings are being sold off as part of his Chapter 11 bankruptcy proceedings. Pettit sought Chapter 11 reorganization earlier this year amid lawsuits claiming his firm had bilked millions from clients, according to the Express-News.

Pettit doesn’t live in the Alamo Heights home, however. As of an Express-News report from August, the embattled ex-attorney had been leasing it to former Spurs player and current team exec Brent Barry for $11,000 a month.

The multi-level home features four separate wraparound balconies and floor-to-ceiling windows, which its listing touts as having "views of the Olmos Dam, Olmos Basin and skyline views of downtown San Antonio." The property also includes a billiard parlor and another room outfitted with life-size replicas of Boba Fett and a stormtrooper from the Star Wars franchise, photos show.

The home was designed by Tom Pressley and built by venerable San Antonio construction firm Bartlett-Cocke in 1986, according to its sales listing.

The late Joci Straus and her husband Joe, both well-known San Antonio philanthropists, were the original owners of the palatial estate, having occupied it for 26 years.

Joci Strauss, who died last month, is remembered for leading the restoration of downtown's Majestic Theatre and Empire Theatre, while her husband was a founder of Retama Park. Former Texas House Speaker Joe Straus III, R-San Antonio, is one of the couple's three children.

This home is listed by Frederick Hutt with Compass RE Texas, LLC 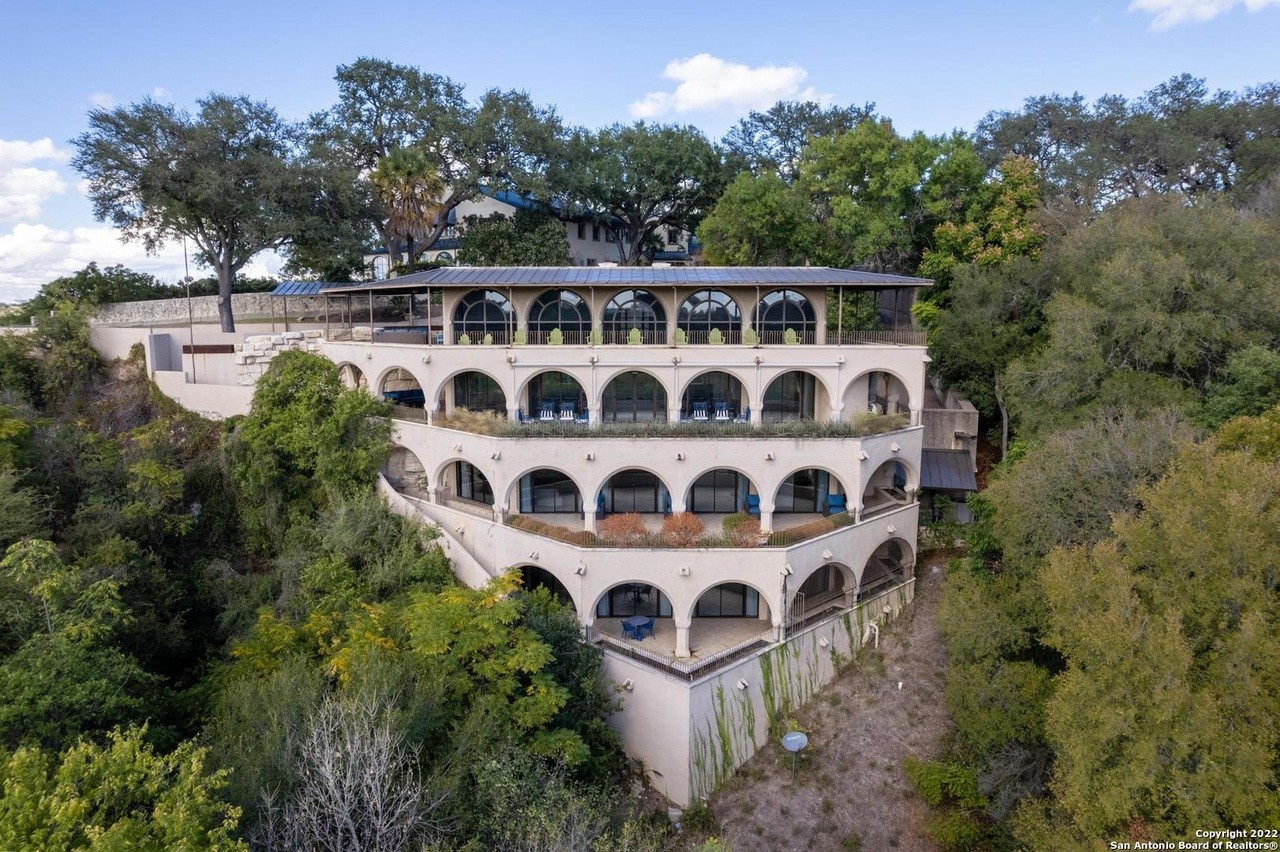 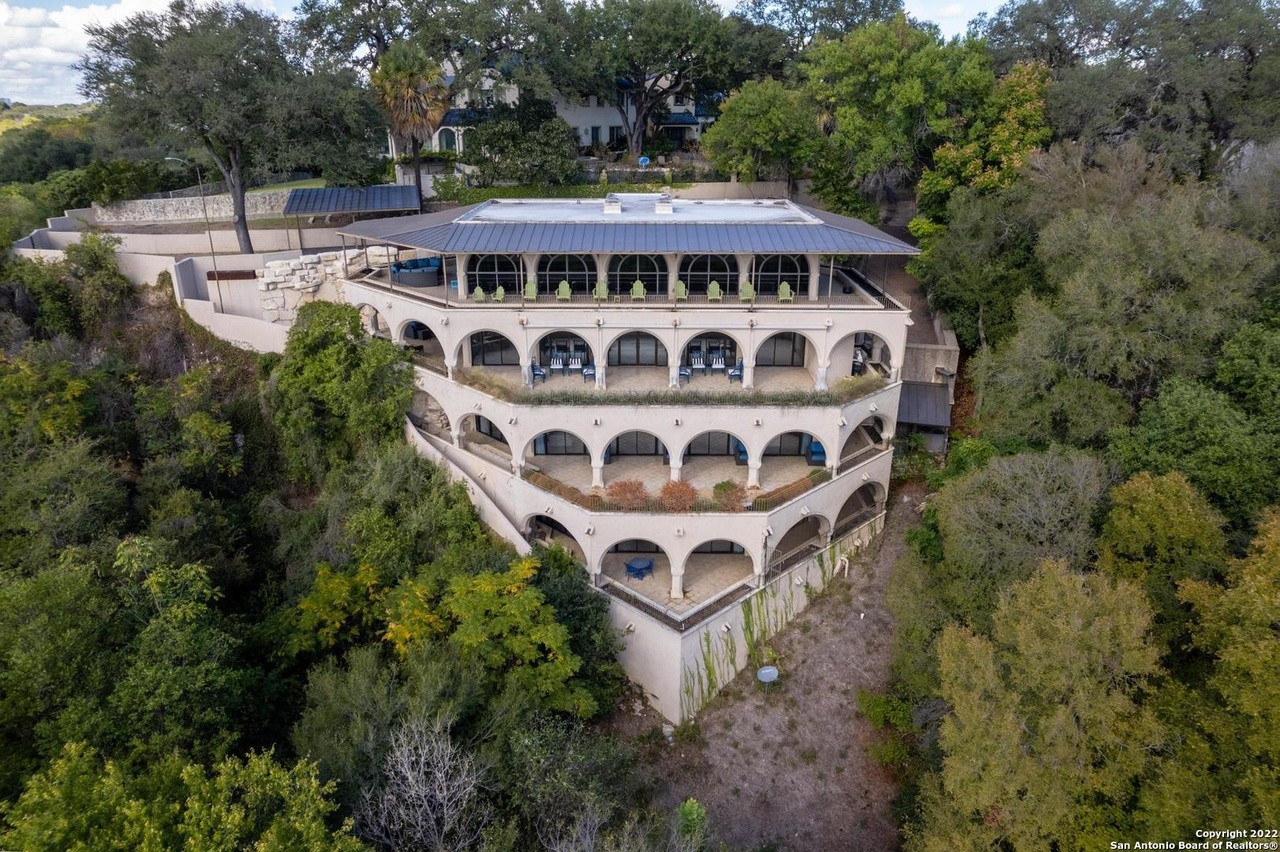 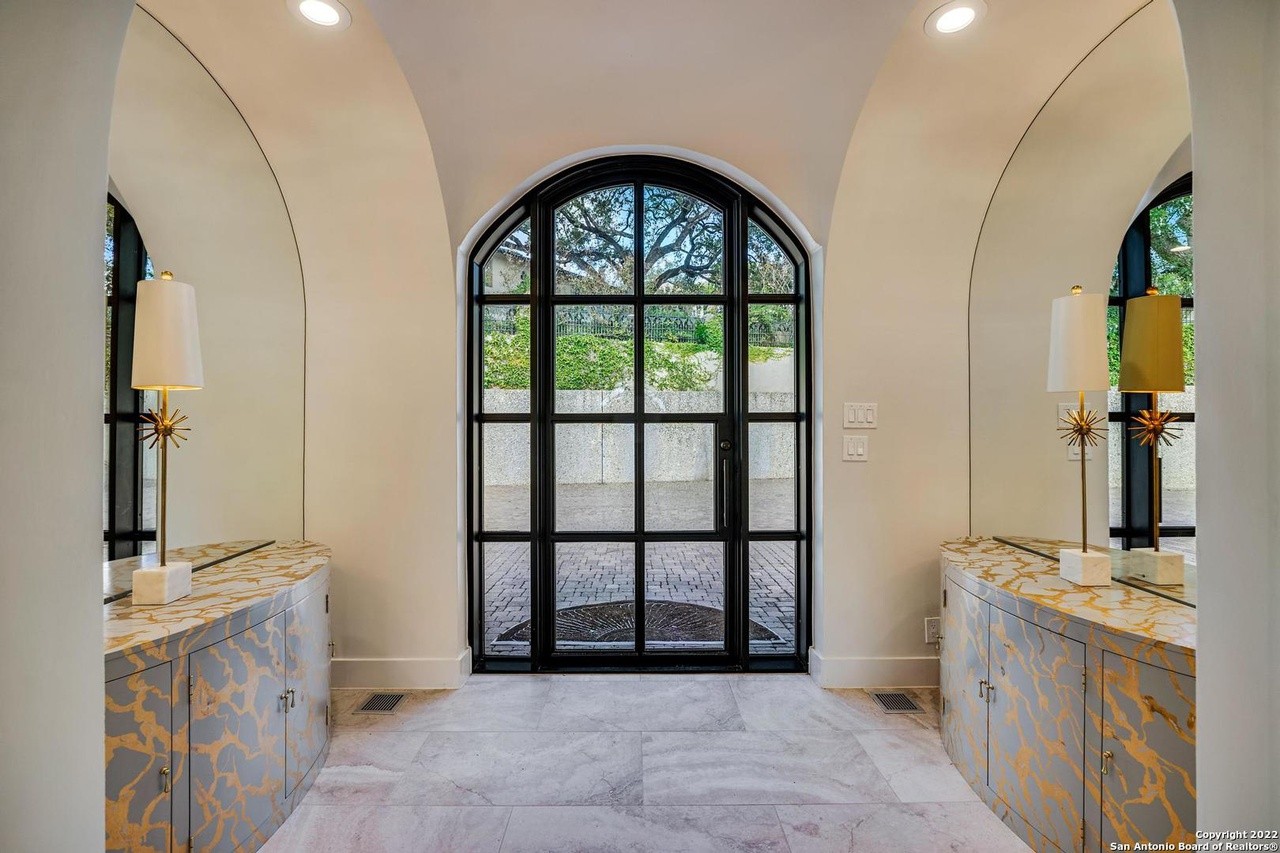 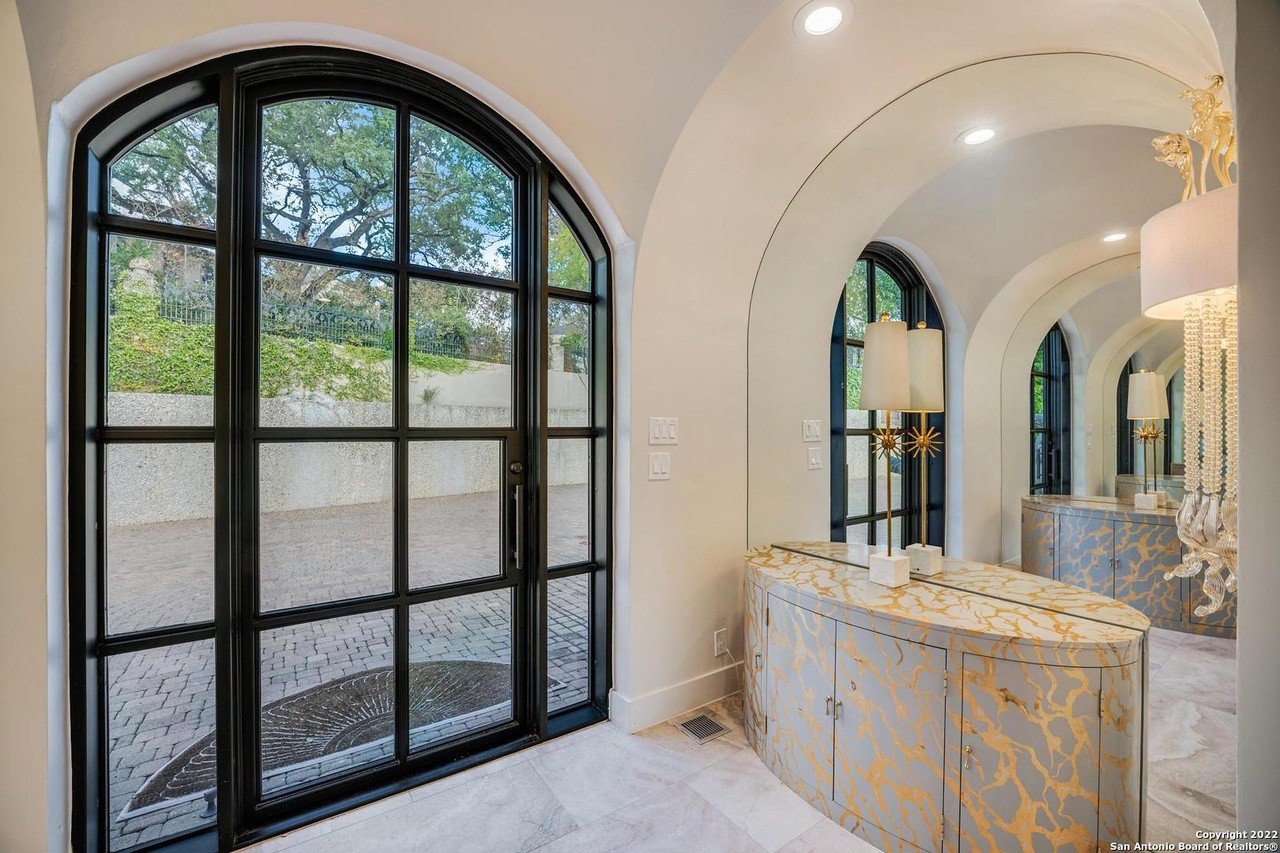 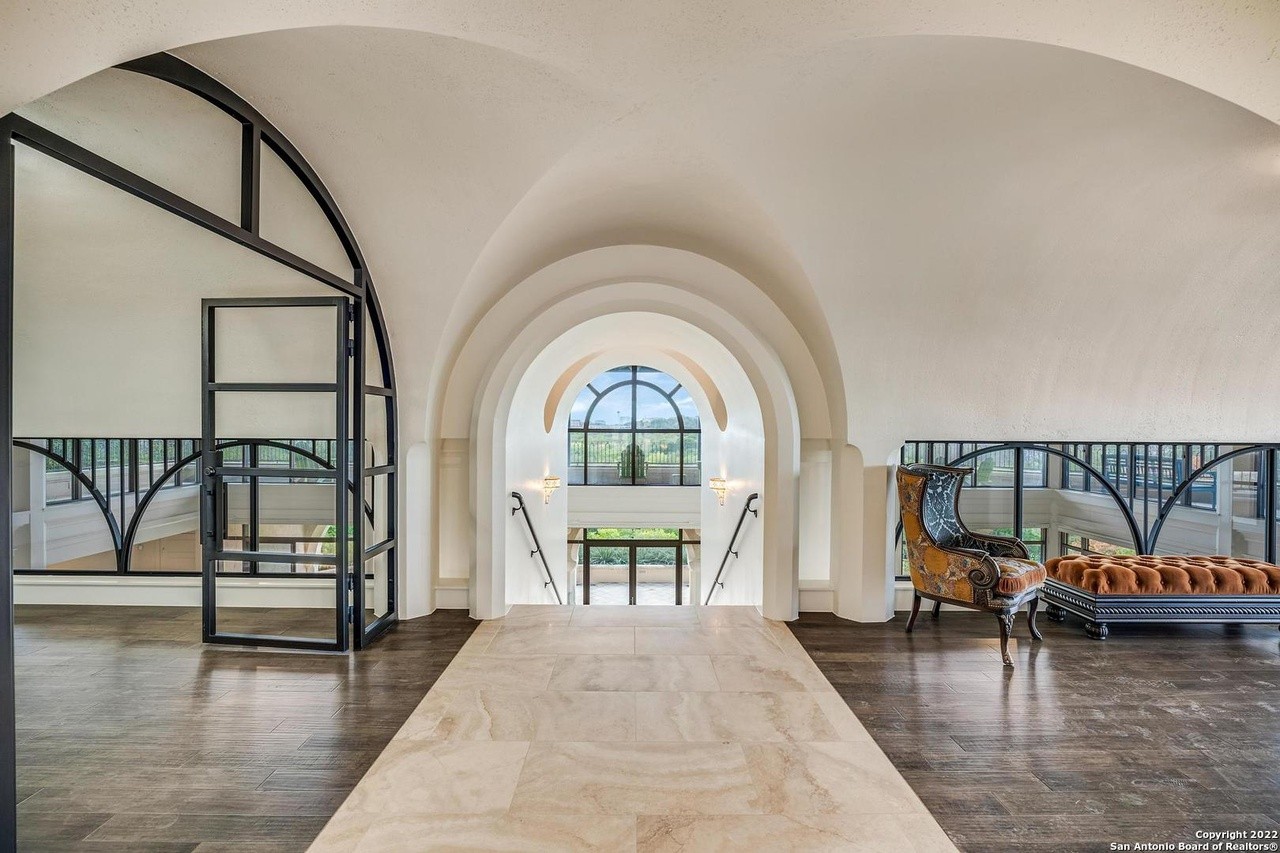 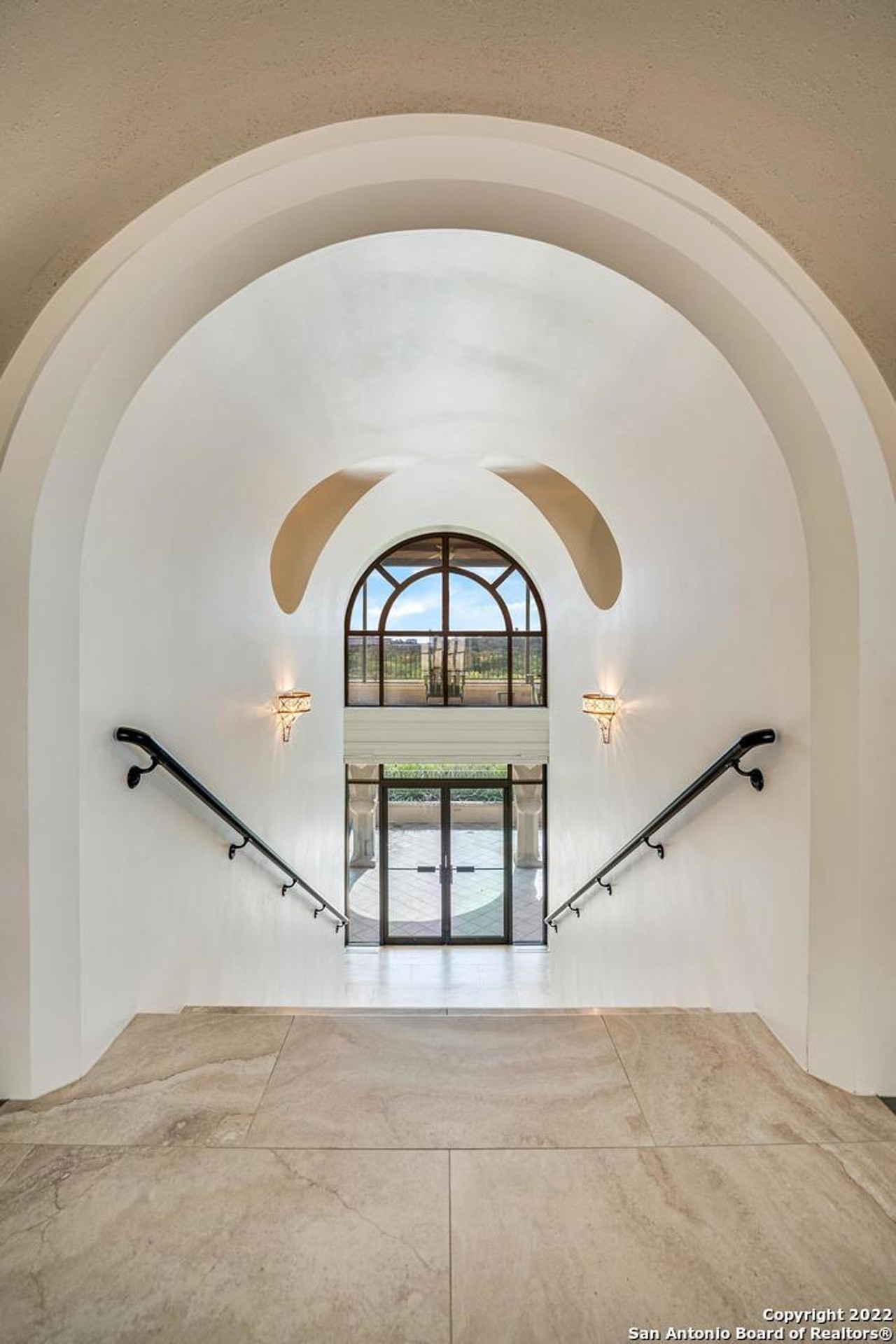 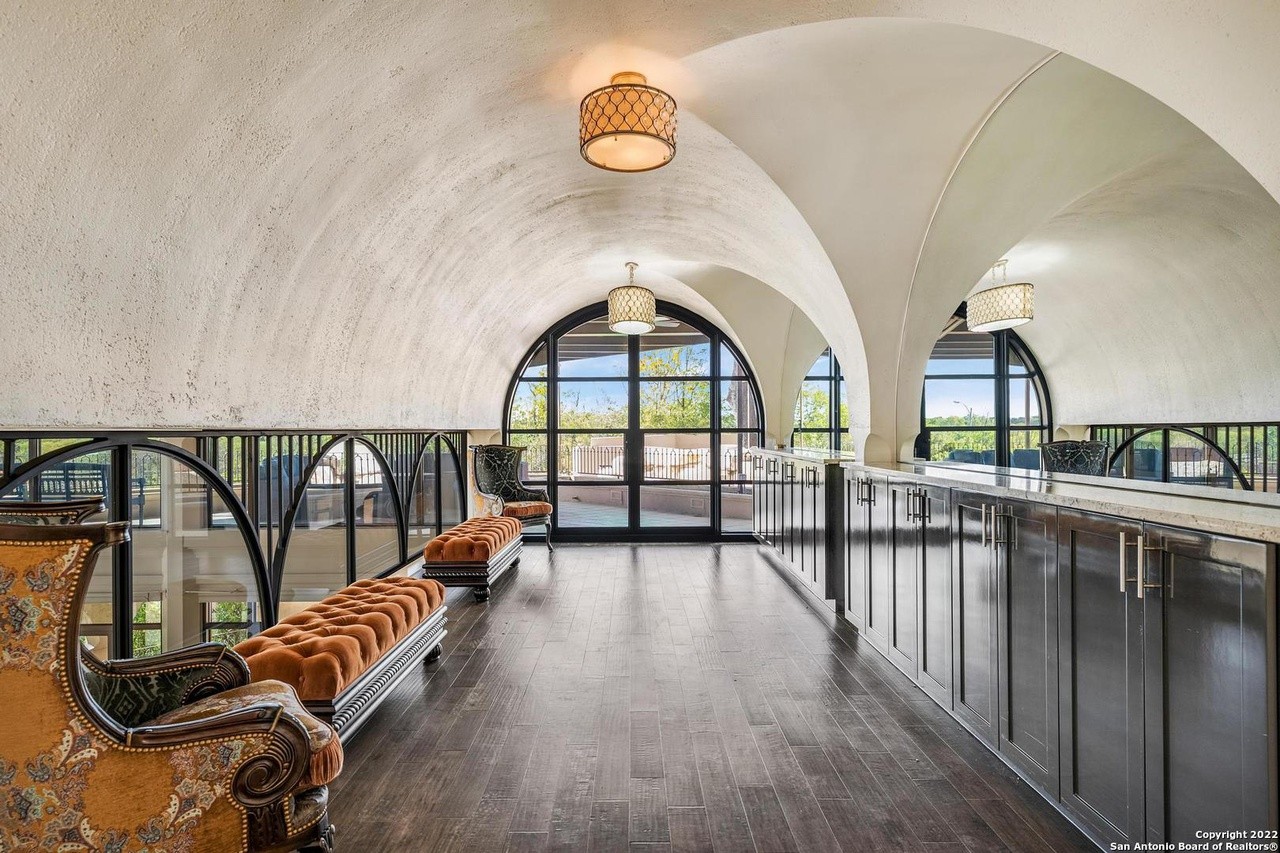 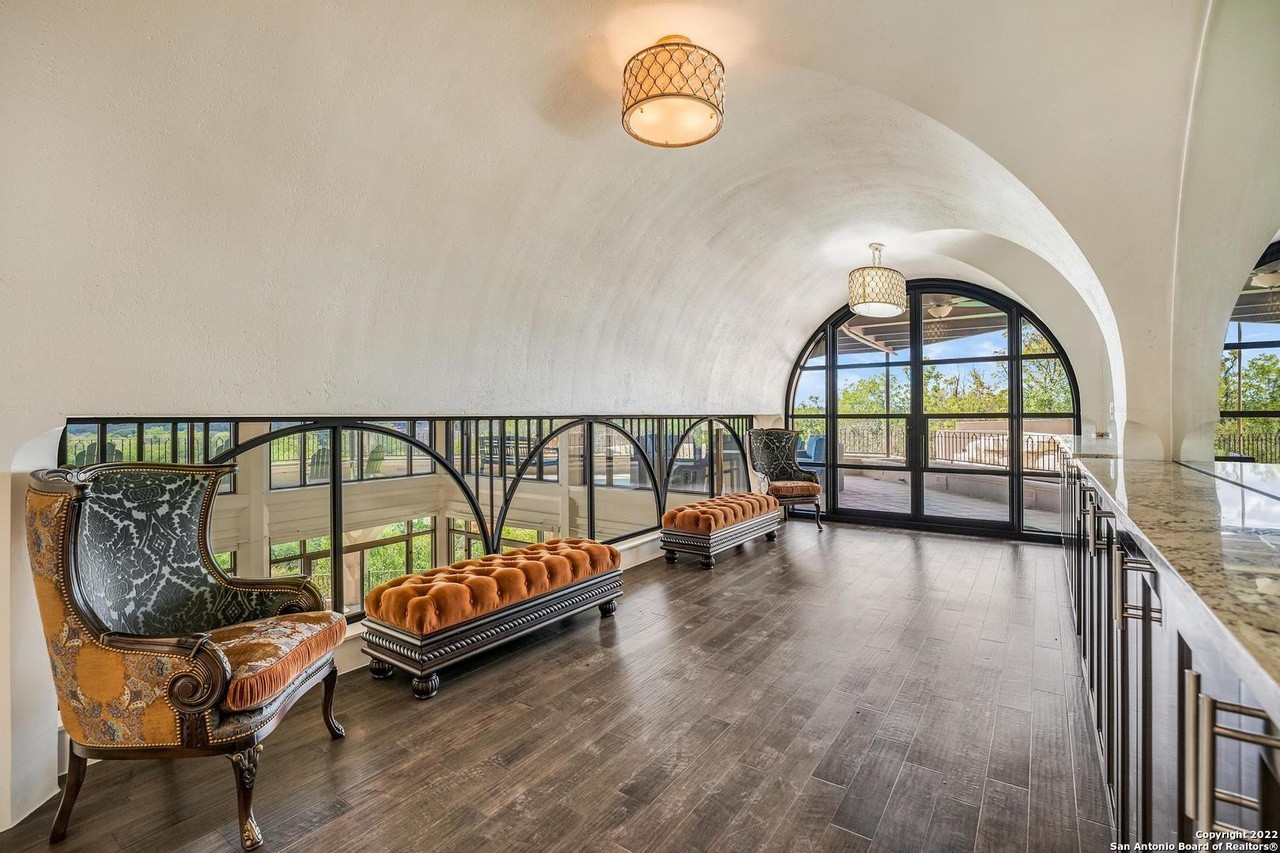 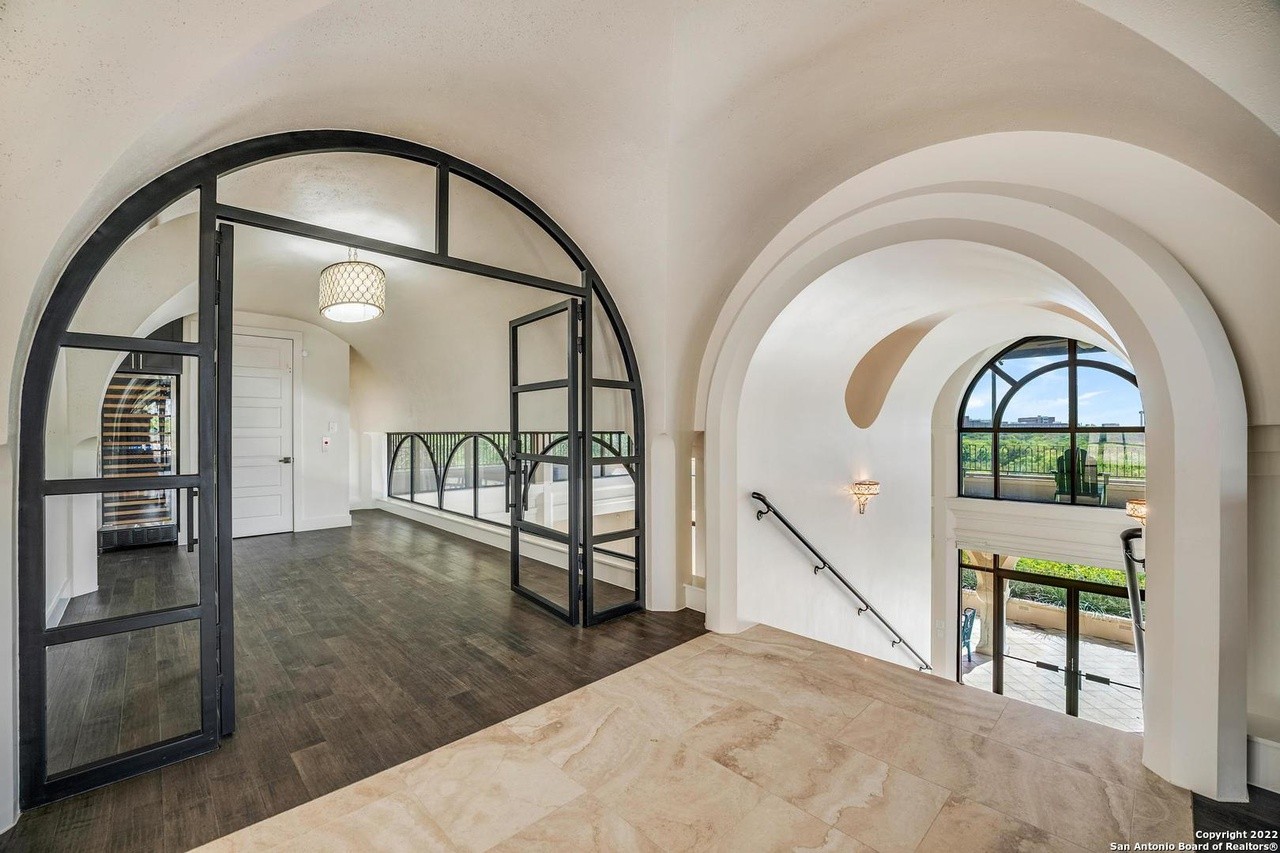 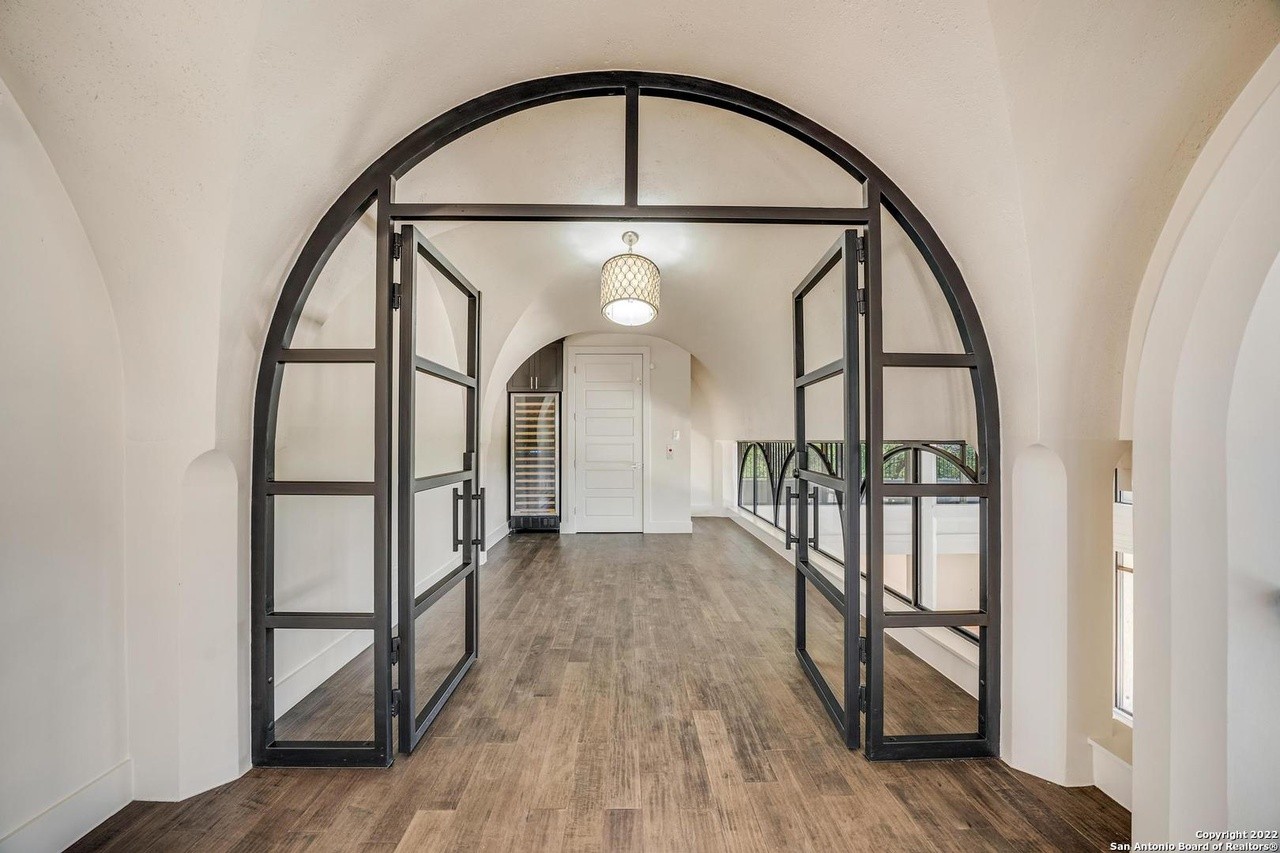 A San Antonio home with balcony views of the Hill Country is on the market for $1.2 million

A two-story mansion in San Antonio's Reserve at Sonoma Verde development is on the market for $1.2 million, and its second-story balcony… 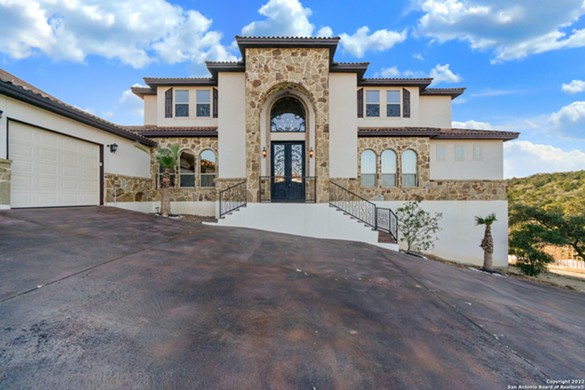 Unique and successful Black-owned businesses abound in San Antonio, and we’re kicking off Black History Month by highlighting nearly 50 of those…

A 6,200-square-foot mansion in the Shavano Park neighborhood has hit the market for $2.5 million, and its feel is more Tuscan villa… 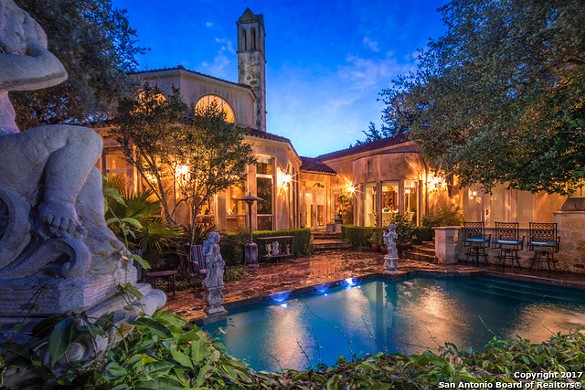 Each year, the Texas Department of Motor Vehicles rejects thousands of vanity plates requested by drivers that it deems too offensive to… 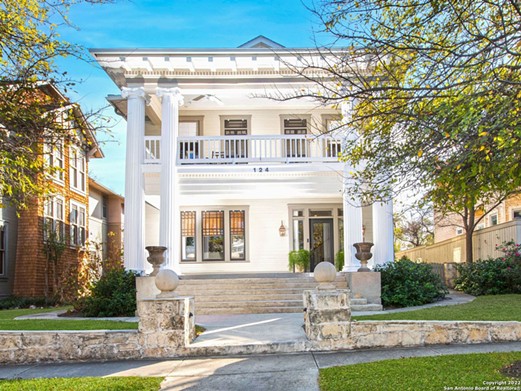 Al Rendon, recognized as one of San Antonio's best fine-art and commercial photographers, has placed his longtime studio, gallery and residence on… 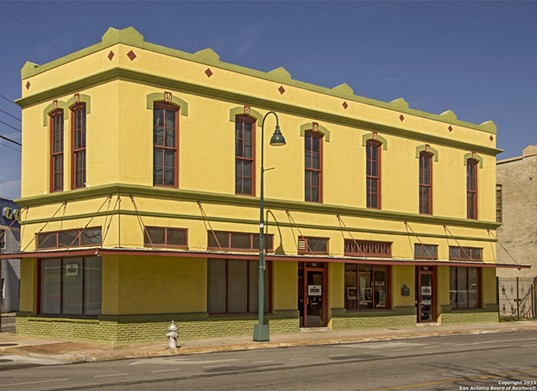