San Antonio’s Latest Co-Working Space Is About to Open 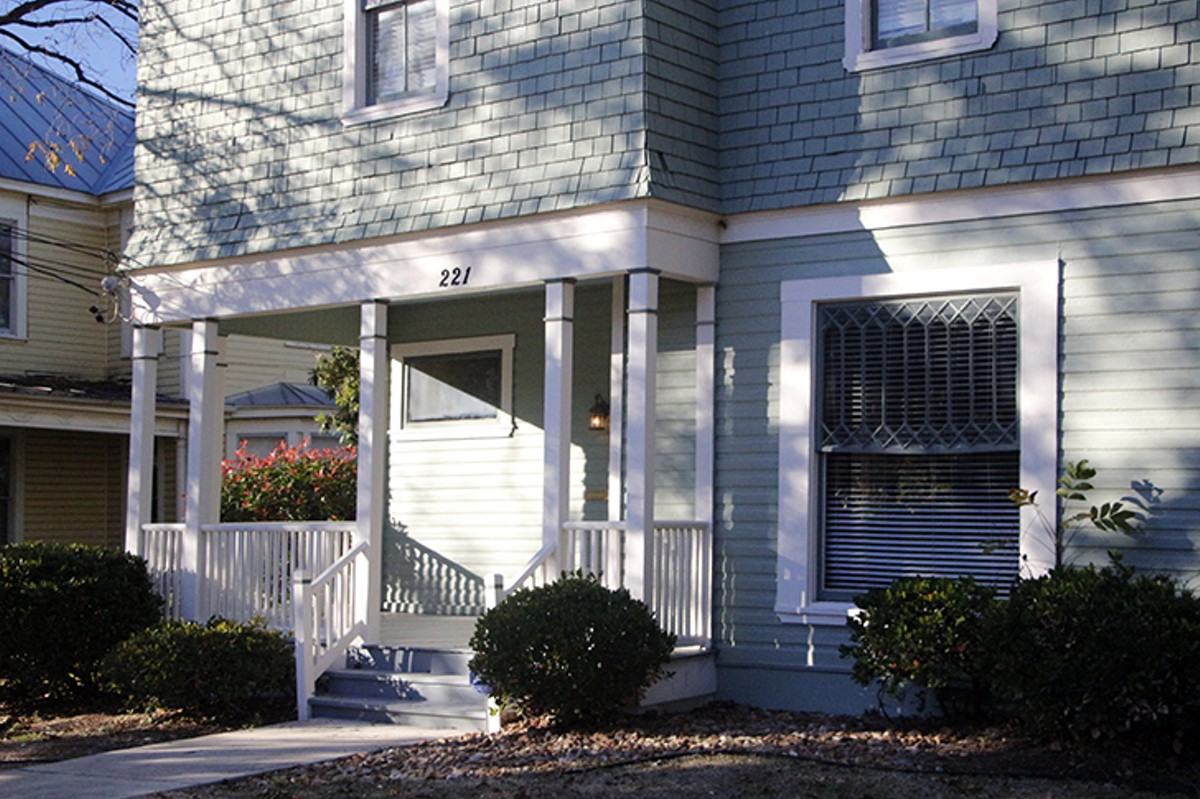 Enter former City Councilwoman and CEO of Opt In Experts Mari Aguirre-Rodriguez and owner of Robertson Consulting and partner at Pecan Street Capital Sally Aguilar-Robertson — both former Rackers — who will open a collaborative workspace called The Workery in Tobin Hill on January 11.

"It's a little oasis," Aguirre-Rodriguez said of the property at 221 West Poplar.

Nestled on a hill just outside of Downtown, The Workery is compound-like, with four historic early-century homes and a large courtyard. Just seven blocks from the Pearl, the co-working space is in the former LiftFund headquarters.

"The Workery is where freelancers, creative professionals, mommy bloggers and other free agents can work, think, grow — and most importantly — connect," Aguilar-Robertson said in September, when the duo announced they were opening the space. "There is power in proximity that leads to valuable collaboration. We are creating this space for folks currently working from home and out of coffee shops."

That message resonated with people.

"It was insane," Aguirre-Rodriguez said of the response.

Both Aguilar-Robertson and Aguirre-Rodriguez said they immediately heard feedback from creative professionals who were interested in a membership at The Workery.

Here's how it works: There are two membership levels, $275 for a dedicated desk and $50 for the co-working area per month.

"There's been a high demand for spots upstairs [where the dedicated desks are]," Aguilar-Robertson said during a December interview, while the pair was still unpacking chairs and tables. By then, 30 people had already signed up for memberships.

"Between all [levels] we're hoping for at least 200 members," Aguirre-Rodriguez said. "There will be a point when it's sold out."

When that happens, there will be a waiting list.

During a November open house, 35 to 40 people showed up, and some of them were already trying to snag a space.

"One of them wanted a specific desk," Aguirre-Rodriguez said.

Aguilar-Robertson added that people immediately began to network, a key idea behind bringing creatives together in a co-working space.

"People exchanged cards, were talking and getting to know each other," Aguilar-Robertson said. "It's exciting to see it in action."

But there will be more than just a space to work and network.

Since then, Aguirre-Rodriguez and Aguilar-Robertson planned more activities. They plan to have weekly workshops in the conference room, which is in its own smaller house on the property. Topics include stuff like technical writing skills or learning to budget, with the aim of giving people another tool in their creative set.

"When you're a freelancer no one does that for you," Aguirre-Rodriguez said. "We sell our brain so we need to continue learning."

While The Workery will provide this collaborative working environment with opportunities to learn more skills during workshops, there are more home-y type attributes for people to enjoy as well, like a full bathroom with a shower, for instance. There's also a kitchen and pleasant sitting areas in the courtyard. And there will be other perks, like dry cleaning pick-up or drop-off.

However, both women admit, they definitely had the pre-opening jitters.

But there's already a successful precedent for collaborative working environments in San Antonio via Downtown's Geekdom, a co-working space for tech professionals.

"This is an exciting moment for San Antonio and I am beyond excited to welcome The Workery to the San Antonio co-working family," Geekdom CEO Lorenzo Gomez said in September. "There are many free-agents in San Antonio looking for a work 'home' and this is a great way to serve more co-working customers."

"We want to make lives easier. It's all about getting to live, work and learn easier," Aguirre-Rodriguez said. "Joining The Workery makes your life better."

And it sure beats the coffee shop.