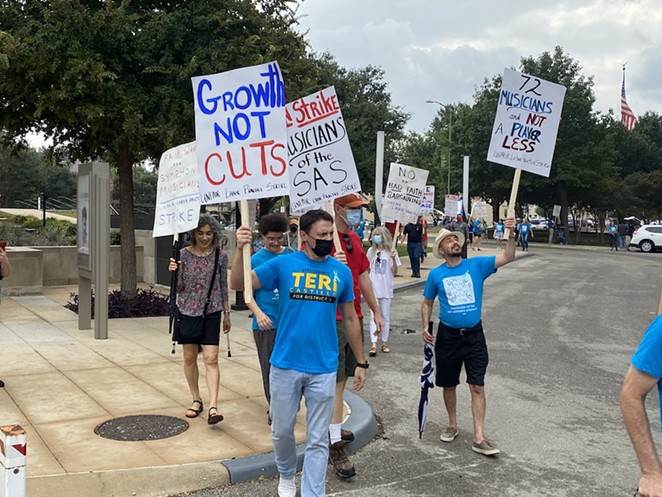 The public gathering will take place on the Veterans Memorial Plaza, Auditorium Circle and Martin Street in front of the Tobin Center for the Performing Arts, 100 Auditorium Circle, from 6:30-8 p.m.

The Symphony's musicians have been on strike since late September, which has led to the postponement of the first two concerts of the orchestra's planned 2021-2022 season.