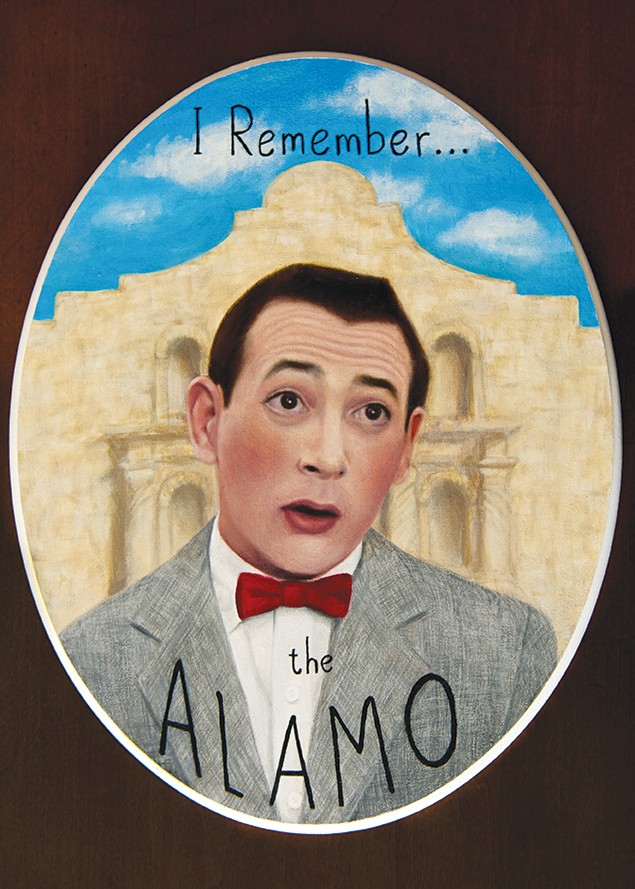 It comes as a crushing blow to Pee-wee Herman in Pee-wee's Big Adventure when Tina, the Alamo tour guide (the late Jan Hooks), delivered six devastating words that brought the journey to find his bike to a complete standstill.

"There's no basement at the Alamo," Tina tells him, chuckling before the rest of the tour group joined in to mock an embarrassed Pee-wee.

Tina was correct. The Alamo doesn't have a basement — it actually has two. That's the case now, at least.

"One is underneath the gift shop of the visitor's center," said Becky Dinnin, director of the Alamo, who has held the position since February. "The other is underneath Alamo Hall, which is now used as a reception venue that we rent out."

In the basement below the gift shop, which was added at least four years after Pee-wee came up empty in his search, there is an employee break room, restrooms, storage areas for gift shop items, staff lockers and a resource library for tour guides. During a tour of the basement last week, Dinnin showed the Current a room where fudge is made to sell in the gift shop above. Boxes of Mexican dark chocolate and pecan praline line the hallway.

Pee-wee Herman himself was given the same tour in 2011 when he visited San Antonio to shoot an episode of Top Chef.

The Current wasn't given access to the basement under Alamo Hall, but Dinnin assured us there are no bicycles down there — just a place to store paperwork and old records. Alamo Hall used to be a fire station, which came under state control in the late 1930s. Details on the building are hard to come by.

Madam Ruby was lying to Pee-wee when she told him his beloved bicycle was in the Alamo basement, but sending him on a wild goose chase in San Antonio to search inside the lower levels of the mission probably shouldn't have ended in so much humiliation.

What would an official Alamo tour guide tell a visitor if he or she asked to see the basement today?

"Neither basement can be accessed by the public," Dinnin said. "It's not very magical down here anyway."