You're Not a True Pop Fan Unless You Know Romeo Santos, King of Bachata 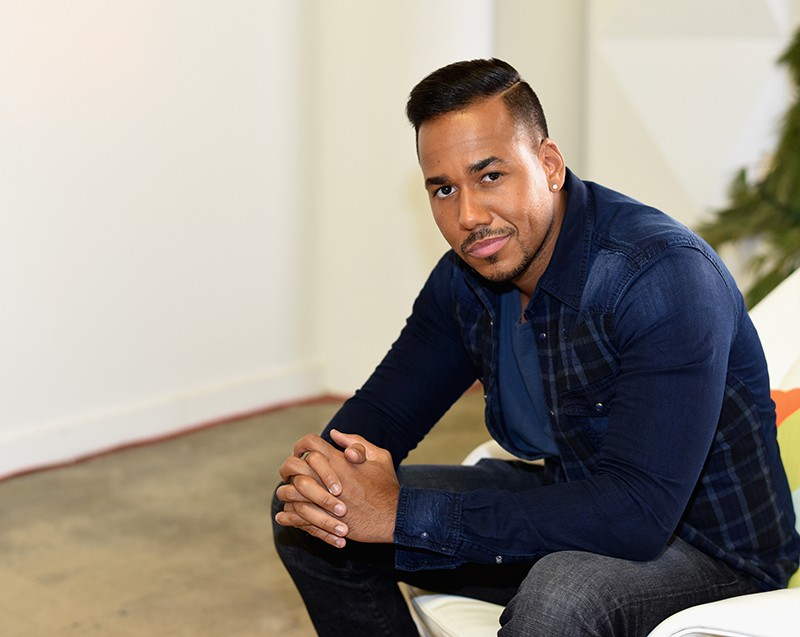 It's been a long time since a top standing on the Billboard chart marked a true measurement of stardom. Last year, Romeo Santos' Formula, Vol. 2 entered the marketplace at a respectable fifth place, eventually selling a wallet-fattening 245,000 copies.

But who's outright purchasing pop albums in 2015? A better metric is YouTube, that time-sucking portal of the Google panopticon. Santos' most popular video, the infidelitous "Propuesta Indecente," has amassed over 685 million views since it came out in 2013. To cross-reference that staggering number, Beyoncé's most viewed flick, "Single Ladies," garnered 385 million hits.

Born in The Bronx, the 33-year-old Santos is an international sex symbol, yet in most neighborhoods in America, his name recognition is about as poor as Bernie Sanders'. Or, they might know him as that tanned wealth-god from Furious Seven who hides Jordana Brewster from bad guys in his Dominican mansion.

In real life, Santos is known as the King of Bachata, taking the traditional Dominican form and campaigning with it across the globe. Bachata has been a piece of Dominican culture since the early 20th century, a summit of the bolero and African rhythms on the guitar.

For most of the century, the music remained stranded in the Caribbean island, locked away by the cultural repression of dictator Rafael Trujillo. But when El Jefe was assassinated in 1961, bachata met the modern wonder of the vinyl press and the style quickly came to America. In New York, the pressure cooker of American music, the electric guitar was introduced to the swaying rhythms of bachata.

Santos enters the picture in 1994, when his bachata boy band Aventura became a dominant name in the genre. In the time-tested fashion of American boy bands, Santos ditched the successful crew to become wildly successful with his 2011 album Formula, Vol. 1.

On Formula and its follow-up, Santos roots the music in the bachata guitar rhythm, waxing romantic in a high tenor. Not quite a crossover into straight-up pop, Santos works with enough Top 40 melodies and I-V-vi-IV chord progressions — the common ancestor of American music, from Iggy Pop's "The Passenger" to Madonna's "Like a Prayer" — to put him in the family tree as his English-singing cousins.

Despite his star status throughout Latin America, Santos is still somewhat invisible to the monolingual U.S. crowd. He can sell out Yankee Stadium in less than 48 hours, but can still be confused in the media for other Bronx singers, as he was at the 2015 Billboard Music Awards, when interviewers mistook Prince Royce for Santos during an interview.

Since its arrival in conversation in the late '50s, pop music has increasingly become a tag of genre or style, moving away from its understanding as commercially popular music. But if we take that second definition for the truth, Romeo Santos may be the most popular male artist working in America — and certainly in the Americas — today.