Illustrations by Carlos Aguilar
From 1943’s monstrous melee in Frankenstein Meets the Wolf Man to 1962’s classic Japanese clash with King Kong vs. Godzilla to horror icons Freddy Krueger and Jason Voorhees making mincemeat out of each other in 2003’s Freddy vs. Jason, pitting movie monsters against one another has been an entertaining cinematic pastime for decades. While some of these films evolve into bizarre cult curiosities (Billy the Kid vs. Dracula) and others settle as cheap cash grabs by Hollywood studios (the Alien vs. Predator franchise), the geeky fascination behind two celebrated villains going mano a mano is likely to make most fanboys and fangirls take notice.

Horror genre enthusiasts in San Antonio are sure to be aware of the city’s own colossal matchup happening this Halloween weekend. It might not be a rivalry of epic proportions just yet, but two local inaugural horror expos competing for the same audience are locked in a head-to-head battle October 27-29.

On one side: Alamo City Comic Con-Halloween Edition, an offshoot of the popular annual ACCC founded by Apple de la Fuente, is setting up shop at the Alamodome. On the other side: Rockula, a rock ’n’ roll-inspired horror expo, is taking place at the Wyndham Riverwalk Hotel. Rockula is the brainchild of Angel Castorena, a former ACCC staff member.

Castorena, who is co-owner of the Korova, said he decided to splinter off and create his own convention when ACCC moved the date of their 2017 comic con from fall to spring after the group was unable to book a date in September or October at the Henry B. Gonzalez Convention Center. With a quick turnaround looming, Castorena, who prides himself as an event planner, said he did not think there was enough time to schedule things accordingly. He felt when ACCC did not get a date in the fall, they should have taken a step back and called it a “rebuilding year.”

“With any event you do, you have to have a strategy,” Castorena told the Current. “You have to have a full grasp of what you want to do going in. You can’t just throw an event together and play it by ear. We reached a point where we just weren’t seeing eye to eye.”

Since de la Fuente was ready to go full throttle for the fifth annual ACCC on Memorial Day weekend, both men said their goodbyes to their working relationship, chalked up their split to “creative differences,” and Castorena went on to start planning Rockula for Halloween weekend 2017. De la Fuente, however, still wanted to have a second ACCC show in the fall.
Here is where things get a bit werewolf fuzzy. Castorena “can’t say he wasn’t frustrated” when de la Fuente announced a few weeks after a Rockula date was set that a Halloween edition of ACCC would also take place Halloween weekend. De la Fuente said even if Rockula was announced first, creating a Halloween expo for ACCC was always in the works and that it wasn’t announced sooner because he didn’t want to take attention away from the spring convention.

“We already had plans to do a horror show, but I kept it between myself, the convention center and the Alamodome,” de la Fuente told the Current. “We had already done Terror Expo [in 2016] and the first year of ACCC [in 2013] was Halloween-themed, so we always knew we were going to do something horror.”

Despite their individual accounts of how things developed, both Castorena and de la Fuente swear there isn’t bad blood because of the double booking. 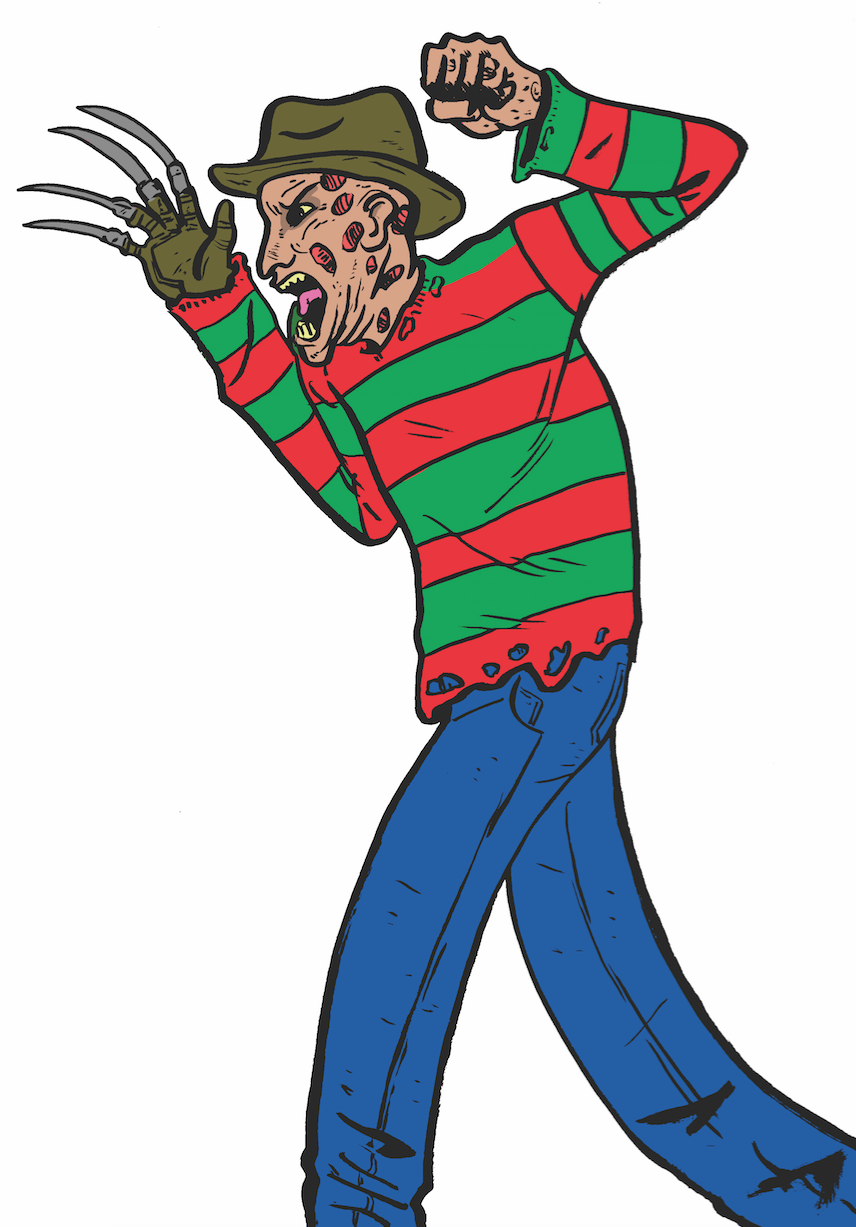 Illustrations by Carlos Aguilar
“I really don’t have any ill will towards ACCC,” Castorena said. “There’s absolutely no reason you can’t attend both events. We’re not here to split a city.”

“All we do is wish him luck,” de la Fuente said. “I feel great that I was able to inspire him to do something on his own.”

With Rockula, Castorena considers himself somewhat of a curator.

“We’re not just putting on a Halloween show,” he said. “This is going to be like a gallery of horror and music.”

From his side, de la Fuente seems to fare well as a director. His focus is on making his Halloween show a family-friendly event and catering to attendees who already know and trust the ACCC brand.

“Whatever the people of San Antonio want, that’s what we’re going to give them,” he said. “That’s what it comes down to.”

Illustrations by Carlos Aguilar
So, are Rockula and ACCC-Halloween Edition actually trying to attract the same audience?

Then, of course, there’s the music. The bill includes rock musician Sean Yseult (White Zombie), Dan Spitz and Greg D’Angelo (Anthrax) and Marky Ramone (The Ramones). On Saturday night, the afterparty at the Korova will feature Chicano rock band Tito & Tarantula (From Dusk Till Dawn). 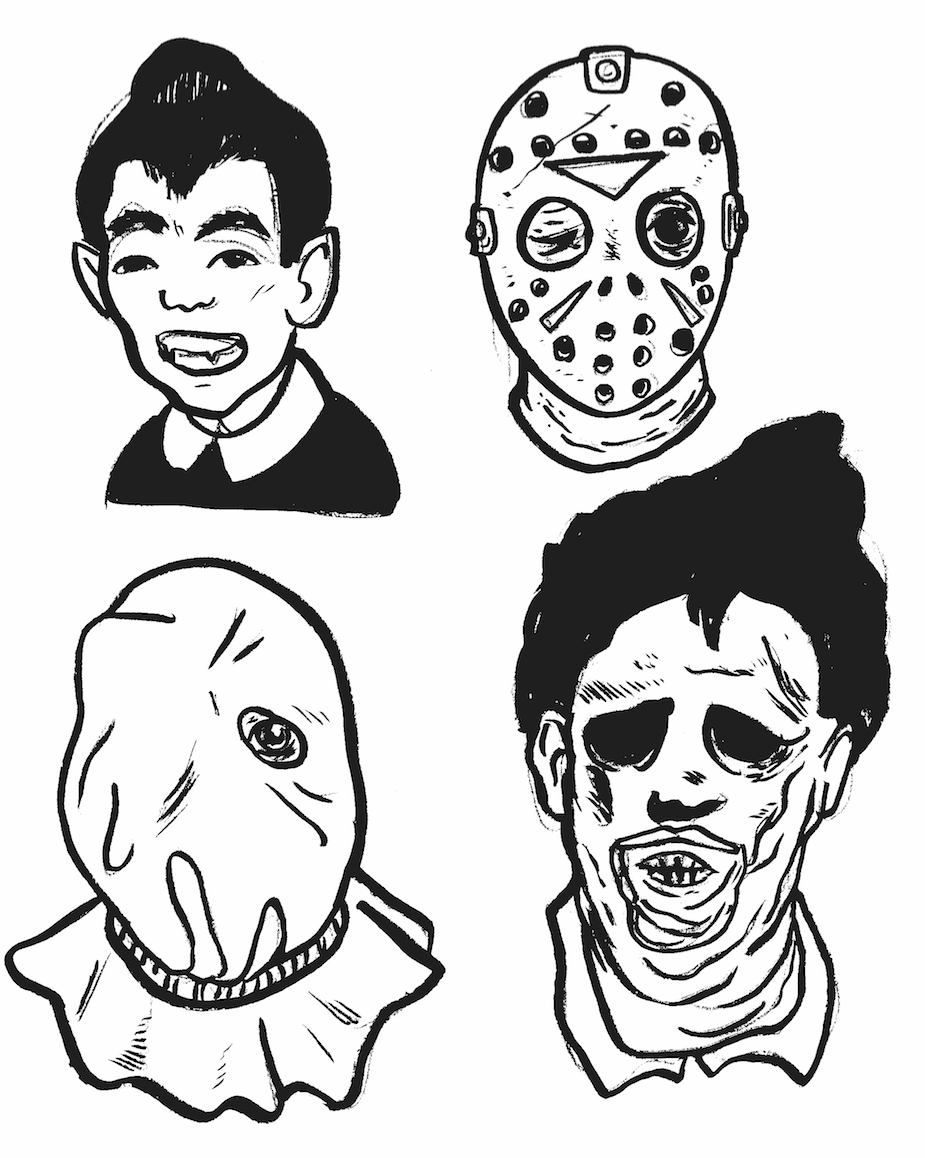 “There’s going to be a lot to do in San Antonio Halloween weekend,” de la Fuente said. “That’s especially true for all the geeks and nerds.”