The Pennsylvania-based chain is known for its proprietary fried chicken-filled waffle cones.

The Pennsylvania-based chain is known for its proprietary chicken-filled waffle cones — yep, the kind used at ice cream parlors. Customers can order the crispy yardbird doused in any of six sauces — including ranch, maple-cinnamon barbecue and spicy South American peri peri — before it's loaded into a hand-rolled, slightly sweet cone.

Chick'nCone also serves milk shakes and a variety of sides including fries, macaroni and Cajun-spiced corn. Some franchise stores offer adult beverages such as frozen mimosas and beer, but it was unclear at press time whether the Monte Vista location is one of those.

“The anticipation is finally over,” the post read. “We’re so excited to bring you an Insta-worthy experience that you’ll want to share with family & friends…”

The San Antonio restaurant, 223 E. Hildebrand Ave., is one of six planned for Texas, according to the Chick’nCone website. It’s open Monday through Saturday from noon to 8 p.m. 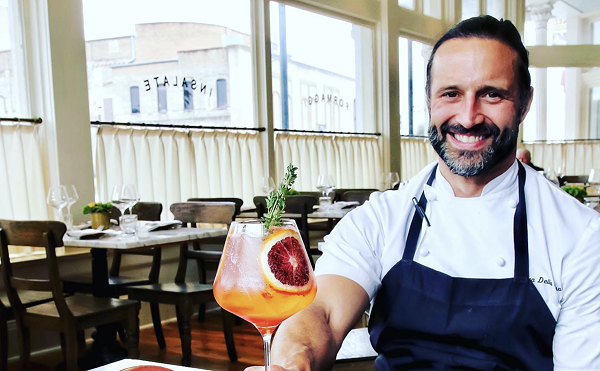