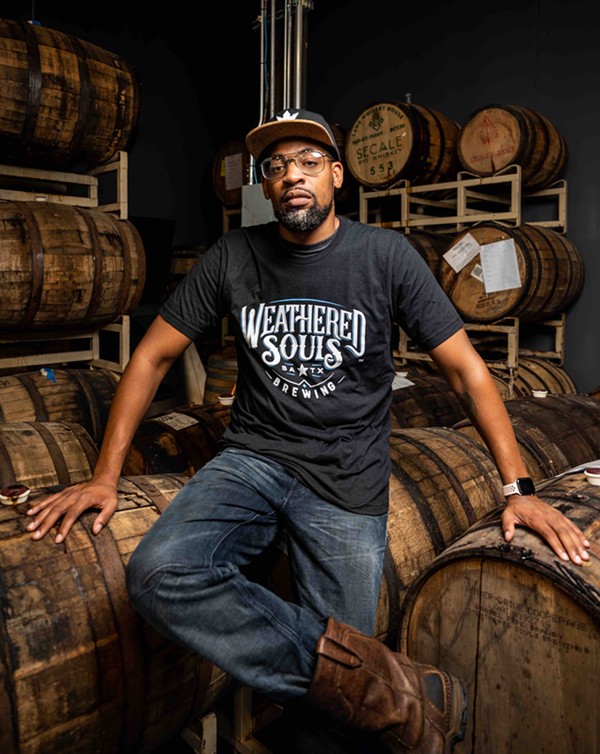 Jaime Monzon
Marcus Baskerville, co-founder of Weathered Souls Brewing Company.
The smell of blood and the sound of the highway wind whipping around his Mustang GT are the details Marcus Baskerville remembers most vividly from the night his personal relationship with the police changed forever.

More than 10 years ago, a fight broke out at a Sacramento, California house party he and his cousin attended, resulting in multiple injuries. Driven by the desire to do the right thing, Baskerville transported a stabbing victim to a nearby hospital.

The police showed up at the hospital and hauled Baskerville and his cousin to a substation, where the pair were held overnight in a cell. They were never processed or formally questioned. The next morning, they were released with no explanation why.

“They never apologized for keeping us overnight, never confirmed or acknowledged that we’d saved this man’s life,” Baskerville said. “The officer handed me the keys to my car and told me to make sure I cleaned all of the blood out of the backseat. That was it.”

Now 36, Baskerville is the co-founder of San Antonio’s Weathered Souls Brewing Co. and the creative spark behind Black Is Beautiful, a worldwide collaboration by craft brewers to raise funds for racial justice and police reform.

The brewer’s experience in Sacramento all but obliterated what faith and confidence he had in the justice system, he said. When he launched Black is Beautiful in June of 2020, he did so to help correct systemic, generational injustice against people of color in America.

“[My family was] always fairly well-off, and I used to get pulled over in that car without cause all of the time,” Baskerville said. “You see all of these instances of police brutality against people of color, and it scared the shit out of me to be locked in a room somewhere. No one knew where I was, and we hadn’t had any communication with anybody.”

Baskerville’s father witnessed the Rodney King riots in Los Angeles, and his uncle once headed Compton’s police force. Like other Black youths growing up in the U.S., Baskerville received instructions from elders about how to stay safe. For instance, you don’t look at white women a certain way, you use a specific tone of voice with a police officer and you don’t wear a backpack into a convenience store.

Desire to do more

Although Baskerville acknowledges that there’s been progress in addressing racial injustice, he said it’s not enough.

“These are the same conversations we’ve had over generations, the mental breakdown of what white society and what our government has presented to Black individuals as a standard that we’re expected to uphold to survive in society,” he said. “The conversations haven’t evolved much at all. Slavery turned into the prison system. We deal with racism every day. It’s the same bullshit we’ve been dealing with.”

Since its inception, Black Is Beautiful has poured more than $3 million into social justice organizations in 22 countries. The initiative invited breweries to adapt its base imperial stout recipe and give it their own spin. Participants were asked to donate a portion of the sale proceeds from their individual Black Is Beautiful brews to social justice groups in their area. To date, more than 1,300 craft brewers took part.

Even so, Baskerville says he doesn’t feel as if he’s accomplished enough. That’s not an assessment meant to diminish the success of what Black Is Beautiful has so far achieved, he stressed. He just wants to do more.

“I am super competitive too, so I can appreciate it as motivation. He has a ‘never settle’ mentality, and I respect that,” said Machado, Weathered Souls’ first female director. She’s also a stakeholder in the 14-employee company.

“The moment he first presented Black Is Beautiful to us, he was so passionate and at the same time so upset with what was going on in the world and community,” she added. “We worked day and night when it first was launched in 2020. He didn’t complain because this was bigger than the brewery. He was pushing for a change for the world.” Jaime Monzon
Baskerville speaks with a Weathered Souls employee at the Northeast San Antonio brewery.
From partier to introvert

While Baskerville is driven, he’s not an attention seeker. Being the face of a worldwide movement doesn’t come naturally for the introverted California-born brewer.

With family in the West Coast music industry, Baskerville was thrust into the Sacramento party scene early, attending his first music event at an adults-only venue at the age of 16. In his early 20s, he hooked up with a Playboy model he declined to name.

“I was a popular guy back in Sacramento, you know, I had a lot of fun. But being out every night, talking to people and drinking all night, I think it burned me out on the nightlife scene pretty early,” he said. “I think that relationship and lifestyle definitely contributed to the social anxiety I experience now. Nowadays, I’m definitely an introvert. You’ll never know when I leave a party because I love an Irish exit.”

What time he’s not dedicating to brewery and Black Is Beautiful, Baskerville spends with his two kids and fiancée Aoleon Gabriel. Indeed, it was Gabriel who pushed him to continue brewing after he turned out four or five “terrible” batches of beer using a Mr. Beer kit back in Sacramento.

Eventually, Baskerville took a deeper plunge into homebrewing while holding down a job in fraud management with Citibank, the position that brought him to San Antonio. After a successful “tap takeover” in which Busted Sandal Brewing Co. featured some of his brews on draft, he landed an assistant brewer position at the Northwest San Antonio brewery. He worked the job while still holding down his gig at Citibank.

Baskerville grew unhappy with the brewery’s processes and felt creatively confined. Eventually, an argument with the owner led to a parting of ways.

After months of planning, he launched Weathered Souls in 2016, cutting his ties with Citibank 90 days after opening so he could focus solely on the new venture. That departure from corporate life came a year earlier than he’d originally planned.

Local brewers said Weathered Souls’ commitment to the local craft-beer community was quickly apparent. Baskerville has been known to house equipment or hops for other area breweries at no cost. His company has also offered brewing classes, style guidelines and recipe development for up-and-coming beer businesses.

“Marcus was what the scene needed at the time,” said Alex Arredondo, taproom manager for Second Pitch Beer Co. and founder of the “I F**king Love San Antonio” podcast. “Marcus was always focused on brewing good beer, but his main goal is building the San Antonio craft-beer community. That’s apparent in any conversation you have with him.”

Thrust into the spotlight

For the past 16 months, that commitment to community has made Baskerville the face of the worldwide Black Is Beautiful initiative. In that role, he’s been pushed into the media spotlight via podcasts and editorial coverage from all over the nation.

It’s been a difficult role for a socially anxious introvert.

While Baskerville laments that the interviews and facetime haven’t necessarily gotten easier, he understands that they’re far from over — especially if he wants to keep working to make a difference on racial justice.

“There seems to be stigma around me, that I’m an asshole, and I think that stems from that social anxiety I deal with daily,” he said. “And it’s a shame, because we’ve contributed so much to the local craft-beer scene, and I feel like that positivity gets lost because people think that it’s personal, that I don’t want to talk to them specifically.”

Baskerville said he’s now working on another project to offer minority and women brewers a chance to grow in the industry. He was sparse on details but cited supportive letters and emails from minority brewers over the course of the Black Is Beautiful campaign as motivation.

The stress of helming a burgeoning social justice initiative, not to mention the pandemic and daily life as a business owner and father took its toll on Baskerville — specifically on his waistline.

He’s since throttled back his own beer consumption and adopted a new exercise routine featuring daily Peloton bike rides. The regimen ended up being an unexpected catalyst for his larger outlook after one of his coaches, Tunde Oyeneyin, said something the brewer internalized: “Sometimes your passions turn into your purpose.”

Baskerville said his decades-long interest in social justice reform and a supportive family — both during his childhood, and now, with his own family — have given him the motivation to build on Black Is Beautiful by expanding opportunities for others in craft brewing.

“The diversity, equity and inclusion movement, social-justice aspect wasn’t anything I ever expected for myself,” he said. “Through Black Is Beautiful, I came to the realization that helping people of color, women and minorities in the industry is my purpose. It’s why I’m here. And I need to get to back to work.” 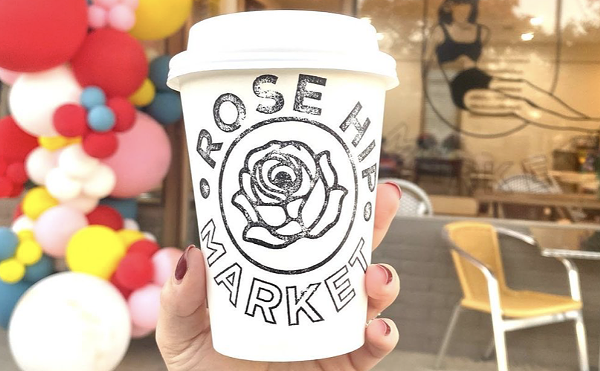