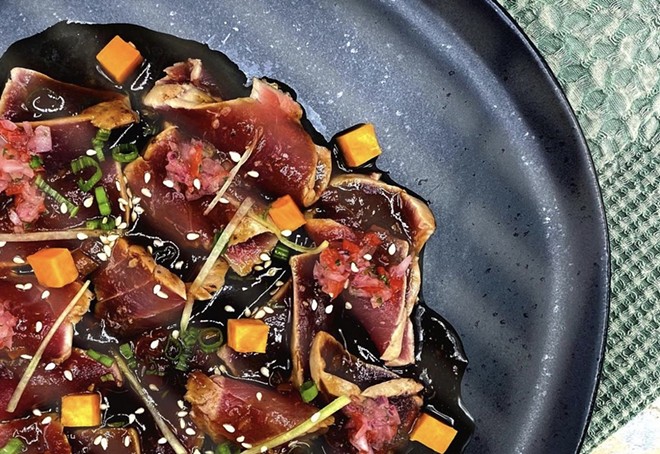 Instagram / lechedetigretx
Leche de Tigre's Tiradito Nikkei is a Peruvian take on sashimi.
Peruvian eatery Leche de Tigre is taking over a small, renovated space in Southtown, where it will offer the country's Japanese-inspired take on ceviche along with a bar dedicated to its national spirit, Pisco, according to details shared online.

Leche de Tigre’s Instagram account is awash with photos of tiraditos, or sashimi-style fish in a the restaurant's leche de tigre sauce — a blend of lime, fish trimmings, chili and aromatics such as onion, garlic and ginger. According to its online posts, a tiradito “reflects the influence of Japanese immigrants in Peruvian cuisine.”

While the social media account of the cebichería at 318 E. Cevallos St. was full of photos, it was short on details about an opening date. The restaurant's website lists it as coming this fall. The owners were unavailable to elaborate at press time.

Foodies familiar with Mexican ceviche — raw fish cured in fresh citrus juices — may also enjoy Peruvian cebiche, which is a similar concept but typically served after less time marinating. According to the Institute of Culinary Education, cebiche is Peru's national dish and Latin America's answer to sushi. Much like Japanese sushi, fresh seafood is the star of the show in the Latin application. 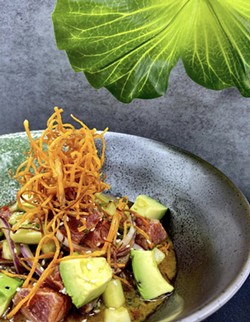 Leche de Tigre’s Pisco bar will focus on the spirit made of the nation’s mascot grape brandy, the website states. For those unfamiliar, Pisco is made using fermented grape juice from skins, seeds and stalks leftover from wine production. Many liken Pisco to Italian Grappa, however it offers a smoother, brandy-like taste.