In addition to its standard lime, strawberry and mango varieties, the Tex-Mex chain is introducing blue curaçao, watermelon, dragonfruit and more. 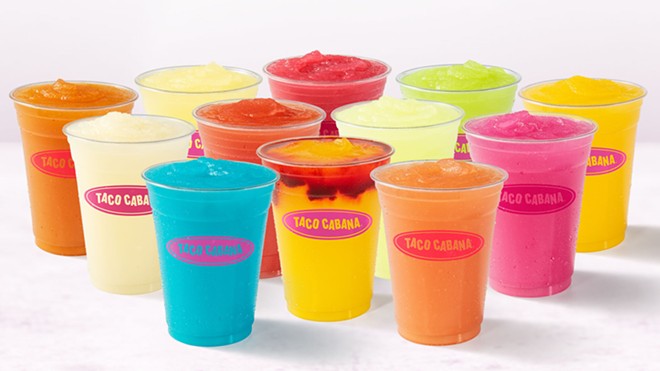 On a quest to market its Texas locations as “Margarita Headquarters,” San Antonio-based Taco Cabana has launched a permanent collection of 12 margarita flavors, which it's offering at $3 a pop.

The lineup will include Taco Cabana's longtime lime, strawberry and mango varieties, along with flavors such as blue curaçao, watermelon and dragonfruit, which the chain  offered during its annual MargaritaPalooza promotions. Two new flavors will also make their debut: coconut and pineapple.

During its three-year run, MargaritaPalooza — TC’s excuse to go wild creating limited-time flavors — has introduced customers to crowd-pleasing varieties such as pineapple jalapeño, dragonfruit and chili lime cucumber. Some of its other offerings have been head scratchers, however. Take for example, pistachio, pickle and pineapple banana, all introduced during last year's promotion.