The South Alamo restaurant will be the second location for family-owned Luna Rosa. 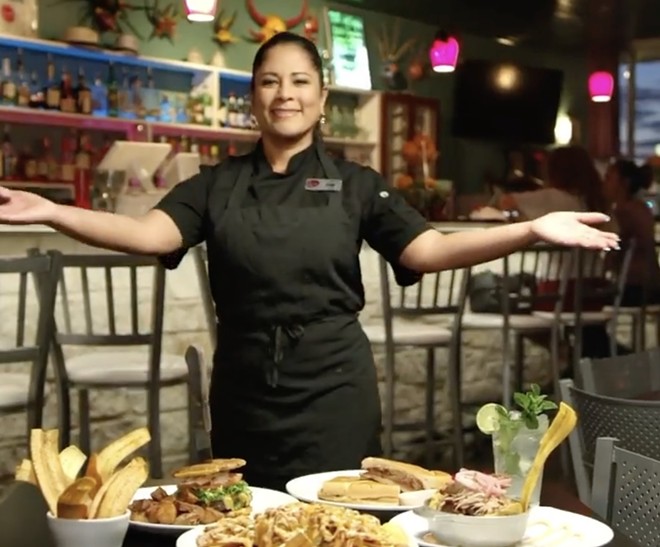 The family owned Puerto Rican restaurant — and Food Network's Diners, Drive-Ins and Dives alum — is taking over Rosario's former flagship for its second location, owner Iris Gonzalez-Ornelas told the Current. Rosario's is departing the building as it finishes up work on a new and larger site just down the street.

Luna Rosa serves up Puerto Rican dishes such as mofongo as well as Spanish paellas, tapas and sangria. It will offer some crowd favorites at the new location, but the menus will differ slightly to showcase a larger range of Puerto Rican cuisine, Gonzalez-Ornelas said.

“Puerto Rican cuisine is so big, there's so many things that I would like to have at my restaurant, but there's only so much we can cook,” she added. “So, we'll definitely have the nachos, because people love those, and the pork roll ... and people love our drinks, so we're also going to expand on our cocktails.”

Gonzalez-Ornelas and her family have their sights on a mid-January opening, which will depend on timelines for installing equipment and staffing the massive restaurant, which seats 320. The business is holding Dec. 13 and Dec. 20 job fairs from noon to 5 p.m. at its flagship location at Brooks, 2603 S.E. Military Dr., Suite 106.

In 2021, Luna Rosa had its eyes on a separate space near Southtown staple La Tuna, but the former Rosario’s seemed like better fit, Gonzalez-Ornelas said.