The "Week of Weathered" will usher in limited-time beer releases and special guests. 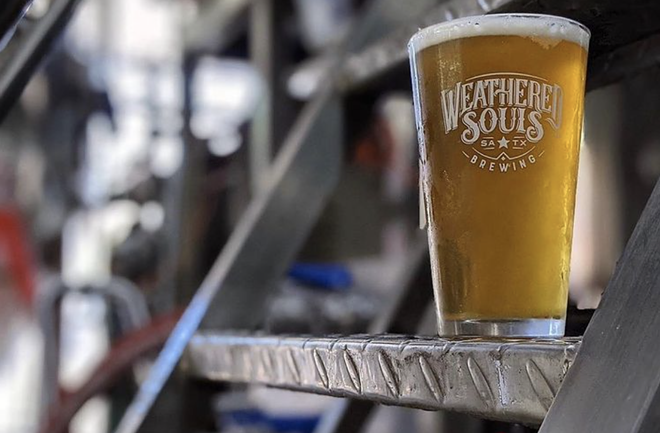 The lineup of events, scheduled for the brewer's Northeast San Antonio taproom July 25-30, are as follows:

Monday, July 25 will celebrate all things pastry, with sweet treat vendors such as Renee’s Twisted Chocolates onsite to accompany taproom releases of pastry-inspired brews. First up is a double barrel-aged release of Mo’ Pastries, Mo’ Problems, an imperial stout made with Oreo cookies, marshmallows, cocoa nibs, toasted coconut and vanilla bean. For the Week of Weathered, the brewery will release extremely limited quantities of this brew, one of its most popular barrel-aged releases to date. Additional tappings include CJ’s Step Class and Mexican Hot Chocolate imperial stours. This event will run from 6-9 p.m.

Tuesday, July 26, the taproom will host a rave night from 6-9 p.m., replete with glow sticks, bubble machines, a DJ and a release of Baby's 1st Rave, a double IPA collaboration with Second Pitch Brewing. Baby’s 1st Rave is made with Thoil boosting yeast by Berkeley Yeast, which creates flavors of passionfruit and guava in the flavor profile. It will also be part of the 2022 edition of Weathered Souls’ Don’t Mess with Texas series, which will be released in its entirety on Saturday, July 30.

On Wednesday, July 27, Weathered Souls will welcome local fruit vendors and fruterías from 6-9 p.m. while brewery staff dole out mangonada slushies and mangonada-inspired beers. New York-based Mortalis Brewing — known for fruited sours and lambics — will also be on hand, serving up some of its world class brews.

Thursday, July 28 will be a casino and cocktail night, featuring beer cocktails mixed up by guest bartender Harley Gadomski, along with casino tables, poker, roulette and craps. Attendees can call on Lady Luck to win merchandise and Weathered Souls beer club memberships. Anaheim, California-based brewer Bottlelogic also will be onsite sampling its beers, and distiller Uncle Nearest will sample its whiskey. Four9 Cigar will host a cigar lounge. This event will run from 6-10 p.m.

For Friday, July 29, Weathered Souls will invite folks to channel their inner homecoming queen via a 1980s homecoming dance theme that will feature music from Prince, Michael Jackson, Cameo and New Edition. Dressing the part is encouraged, and the brewery will have a photo booth on hand to document the event, which will run 7-10 p.m. Weathered Souls will release a 25-month-aged English Barleywine and a section of other barrel-aged beers during the soiree.