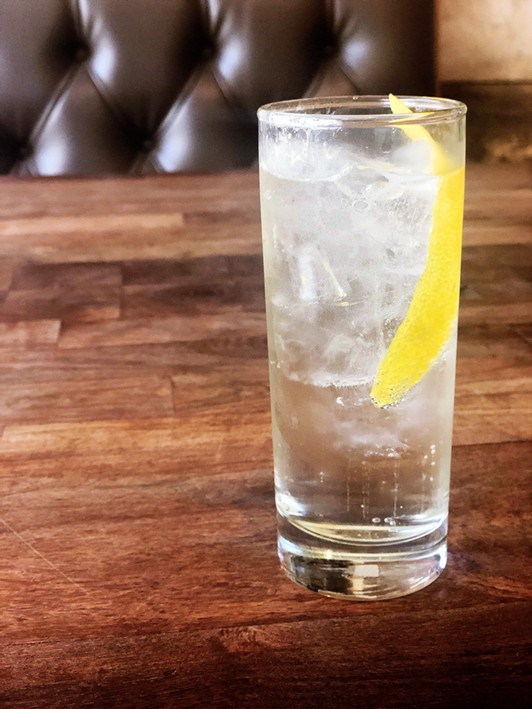 Lea Thompson
The Toki Highball – a classic Japanese cocktail made with whisky, bubbles and ice – is enjoying a Renaissance in the U.S., and thanks to Still Golden's new Suntory Toki Highball Machine, it's available in San Antonio.

Suntory helped popularize the highball in Japan during the 1920s, and the cocktail became a cultural staple in the 1950s, following a drop in whisky production during World War II. Today, the Toki Highball Machine can be found in a handful of U.S. bars, expertly mixing chilled whisky and carbonated water, with its cocktails served over ice.

“People love them, they’re really easy to drink,” said Still Golden owner Jeret Peña. “This a great way to introduce people to a drink that is very old-world.” 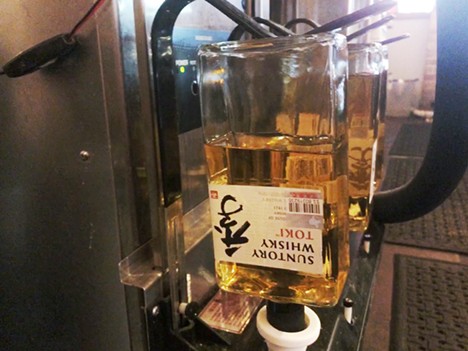 Lea Thompson
Suntory introduced Toki, a Japanese blended whisky, and the special highball machines to the U.S. market in 2016.

“It creates the perfect highball,” said Enrique Vega III, Multicultural Specialist for Beam Suntory. “The carbonation, which is about two or three times that of champagne, brings out the smells and profiles of the whisky.”

Though global demand has outpaced Japan’s craft whisky production within the last decade, the highball is a solid way to enjoy Japanese whisky without breaking the bank.