What to Expect From The People’s Nite Market New Location 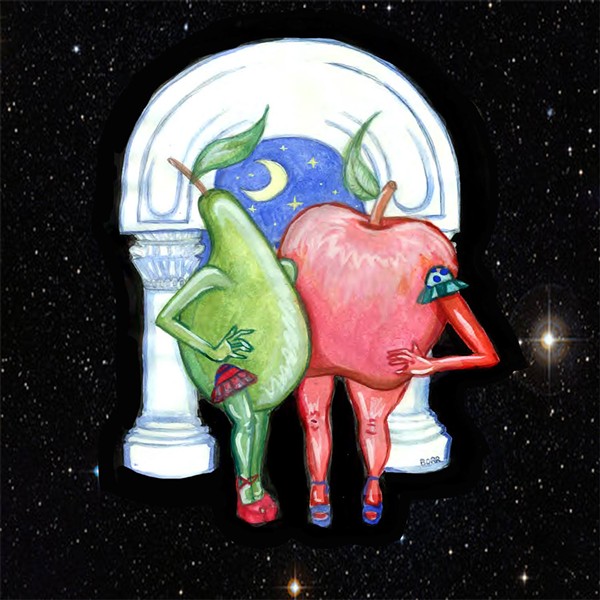 Image via Facebook
The People's Night Market of San Antonio

For all their wonderful qualities — organic produce, local businesses, adorable dogs — farmer’s markets have always been plagued by one massive logistical deterrent, and that is that they typically occur on Saturday mornings.

If you, like many, have always considered environmental stewardship and the preservation of the planet to be important, but not quite sleeping-in-on-Saturday important, then Valeria Hernandez and Jovanna Lopez have good news for you.

The two businesswomen, both repatriated San Antonio natives, began The People’s Nite Market last year in hopes of creating a farmer’s market that regular folks could attend. By hosting the exchange during the evening on a weeknight, fans of quality produce no longer have to choose between sleeping and shopping.

Starting Thursday, September 15, the market will run from 6-9 p.m. every other Thursday through December 1 at Avenida Guadalupe (1314 Guadalupe St.), and will be at La Villita for First Fridays from October through March. 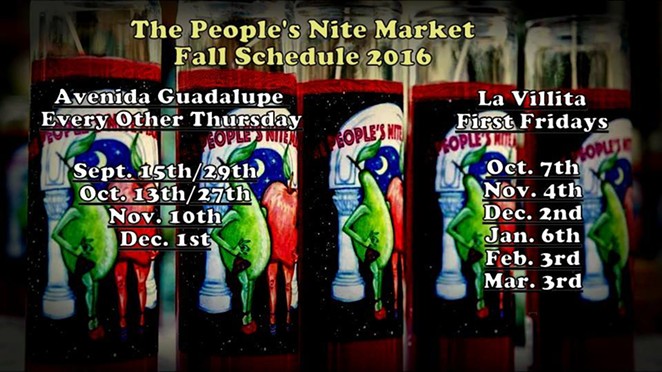 Image via Facebook
Though all the Nite Markets were in La Villita last year, Hernandez and Lopez decided to move west in order to expand the events’ potential, as well as to make the events more accessible to a historically disenfranchised part of the city.

“We want the community to have access to a healthier lifestyle,” says Hernandez. “It’s about trying to give them better options, not just vegetables from the corner store.”

In addition to more than a dozen food trucks and artisans, the Nite Market will feature produce from local farmers and River City Produce, a family-run company that’s been in San Antonio for more than 40 years. Shoppers will be able to purchase CSA boxes filled with local vegetables for around $10; cash is recommend, though vendors can accept SNAP and many take credit cards.

“We get as local as possible,” says Hernandez. “Whatever’s in season. Since we’re coming up on fall, the boxes will probably have squash, cabbage, potatoes, and carrots.”

The organizers also promise a festive atmosphere, with cumbia music and a Quinceañera-like vibe. Every market will have a DJ, and Thursday’s inaugural event will also feature two live performers, Los Nahuatlatos and Laura Molinar.

Hernandez and Lopez hope not only to combat the proliferation of food deserts plaguing our sprawling city, but also to highlight the often overlooked vibrancy of the city’s west side, an area Hernandez called an unrivaled cultural corridor. Both women are from the area.

“We want to be a point of pride and do well by the neighborhood,” says Hernandez. “It already has this amazing seed of culture. We just want to grow it.”