Chances to see Texas legend Robert Earl Keen before his retirement from performing live are dwindling. 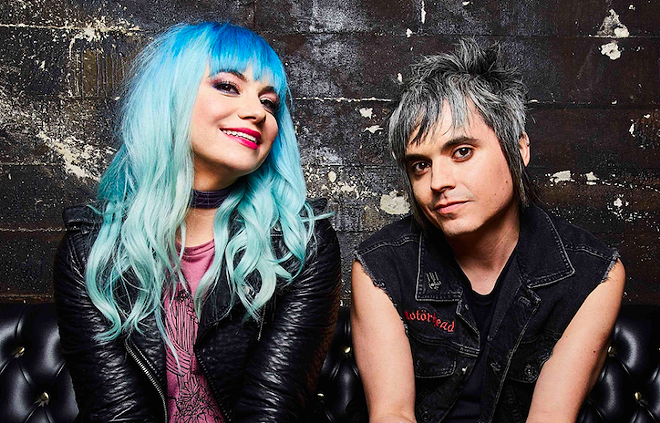 This week, San Antonio music fans have the option of catching a show by a Texas legend before he stops touring, checking out a singer-songwriter with serious guitar prowess or pogoing along to a beloved pop-punk duo.

Austin singer-songwriter Emily Wolfe aspires to blend an unusual mix of influences into a rocking and cohesive whole. Fair to say that’s not easy when those influences include Demi Lovato, Queens of the Stone Age, Ariana Grande and Judas Priest. Wolfe, who dropped her most recent album Outlier in June of last year, is a gear enthusiast as well, having also released her own signature guitar from Gibson/Epiphone. What’s more, she’s known for touring not with a backing band but a looper pedal. Opener Zach Person also hails from Austin and takes an indie rock-pop approach to bluesy songwriting. $15-$90, 8 p.m., Sam’s Burger Joint, 330 E. Grayson St., (210) 223-2830, samsburgerjoint.com. — Mike McMahan

If you’re living in Texas and you haven’t seen Robert Earl Keen, where have you been? The red dirt country legend has been a regional fixture for decades, though that may be coming to an end since he plans to retire from performing later this year. Upping the urgency for those who haven’t yet caught Keen live, he’s currently performing a round of farewell concerts. Music is full of performers who claimed they were retiring only to continue to tour endlessly, but Keen’s a plain-spoken, honest guy and his intention to walk away seems honest. Bottom line: if you want to see “The Road Goes On Forever” singer live, best get on it. $49.50-$95, 8 p.m., Tobin Center for the Performing Arts, 100 Auditorium Circle, (210) 223-8624, tobincenter.org. — MM

Long-running Florida punk act the Dollyrots has carved out a following by giving its energetic tunes plenty of memorable, bubblegum-inflected hooks. It also doesn’t hurt that singer-bassist Kelly Ogden has the vocal chops to pull off the band’s brand of sunny-side-up pop-punk. After stints on the Warped Tour and Joan Jett’s Blackheart record label and landing songs in movies and TV shows, the Dollyrots are now touring behind Down the Rabbit Hole, a 24-song compilation of rarities, B-sides and covers. Midnight Butterfly and Russ Rankin open. $15-$20, 7 p.m., Paper Tiger, 2410 N. St. Mary’s St., papertigersatx.com. — Sanford Nowlin