Beto O'Rourke closing in on Abbott's lead in Texas governor's race, according to new poll

The latest poll, conducted by the University of Houston, shows O'Rourke trailing by just 5 points. 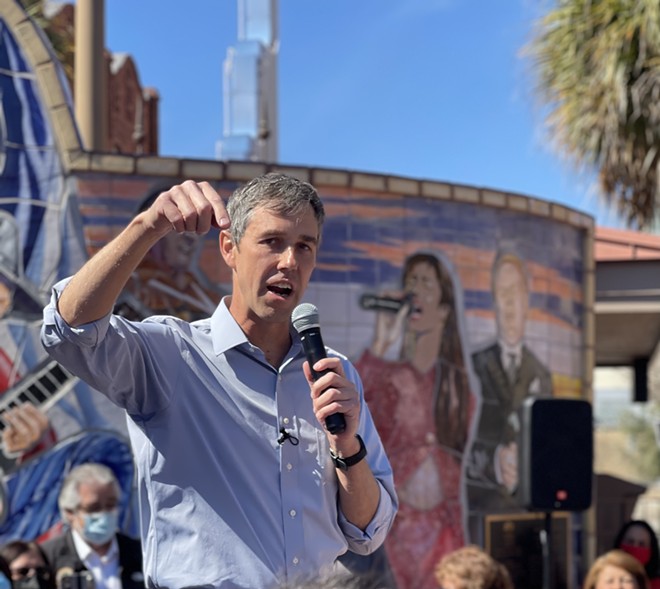 Michael Karlis
Gubernatorial candidate Beto O'Rourke will embark on a grueling 49-day long campaign tour of Texas next week.
Beto O'Rourke continues to chip away at Gov. Greg Abbott's lead in Texas' gubernatorial election, according to a new poll showing the Democratic challenger trailing his Republican incumbent by just 5 points.

The poll, published Wednesday by the University of Houston's Hobby School of Public Affairs, shows O'Rourke polling at 44% in a survey of 1,169 registered voters. That compares to Abbott's 49%.

The results are a slight uptick for O'Rourke from a poll published earlier this month by the Texas Politics Project at the University of Austin, which showed Abbott leading by 6 points.

According to the latest poll, Abbott holds a strong lead among white voters, 60% of which said they would vote for the Republican. Even so, O'Rourke maintains an overwhelming 72-point lead among Black voters and a 9-point lead with Latino voters.

O'Rourke is embarking next week on a grueling 49-day tour of the Lone Star State with 70 public events scheduled in 65 counties. At a recent campaign event in San Antonio on Monday, O'Rourke touched upon an array of policy issues, including access to abortion, the state's troubled power grid and gun control.