'If you enjoy dancing in the bar and your name is a month, we're on to ya,' the owner said in a TikTok video. 'I'd make yourself present.' 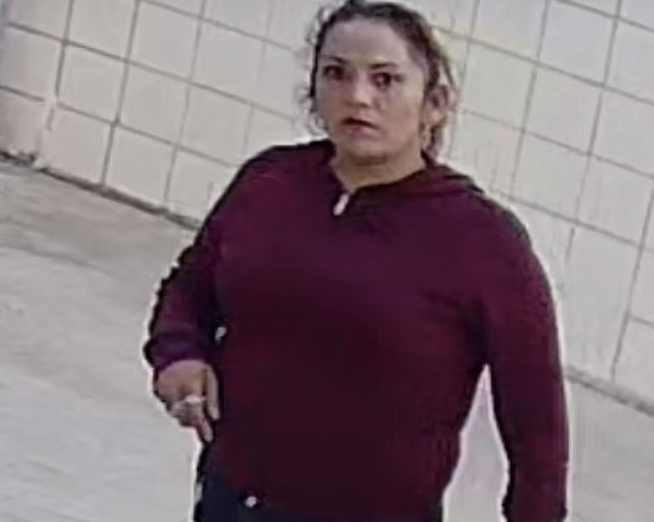 TikTok / denisbrown185
The alleged suspect who broke into the Flight Line Car Wash on Tuesday.
A San Antonio business owner who made a TikTok video seeking the public's help in identifying the people who burglarized his car wash earlier this week is now offering $5 washes as thanks to those who helped him track down the purported suspects.

Denis Brown, the owner of Flight Line Car Wash, was enraged when he came to work Tuesday morning and discovered that his family's business had been burglarized overnight, he said in his original TikTok video on the theft.

"This morning at 7:10 am, my car wash was broken into by two gutless thieves," Brown said. "These individuals not only broke into our car wash and stole money, but they also damaged our business."

Brown added that he was able to get clear images of the two suspects on the car wash's facial recognition surveillance system. He gave the pair— a man and a woman — an ultimatum: return the money and pay for the damages or face the consequences of the justice system.

Brown also offered a $500 reward to anyone who could help identify the duo.

Brown provided an update on the burglary in a second TikTok video shared Wednesday, saying he had a strong lead on who was responsible for the heist.

"If you enjoy dancing in the bar and your name is a month, we're on to ya," Brown said. "I'd make yourself present."

To celebrate the new intel, Brown discounted car washes that usually cost $16 to just $5 for customers who use the code "1776" at the payment kiosk. However, if you like to dance at the bar and your name is a month of the year, you may want to forgo the car wash and turn yourself in.