Floresville's city manager said the department confirmed the officer's state licenses, but he said he's unsure how much online scrutiny it conducted. 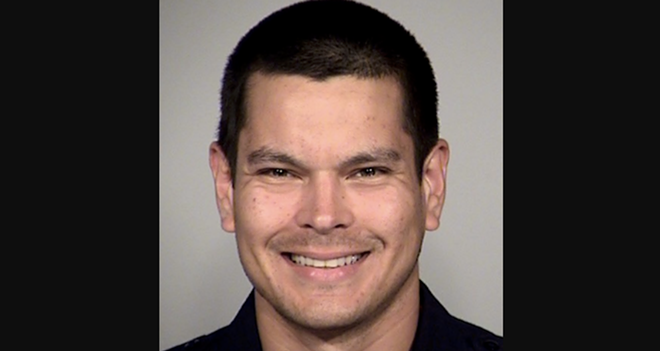 Floresville City Manager Andy Joslin confirmed that the city 30 minutes southeast of San Antonio fired Luckhurst on Dec. 13. KSAT News first reported his termination there, which followed a separate Express-News report about his rehiring as a cop.

Joslin told he the Current he's now undertaking a review of the police department's hiring practices, including for its reserve program. The city manager, who was hired in 2021, said Luckhurst's addition to the force preceded his arrival at city hall.

Luckhurst's background check included confirmation that he was licensed with the state, according to Joslin. However, the city manager said he's unsure how much online scrutiny the city conducted in addition to that record check.

"I do know they do a background check," Joslin said. "I'm not sure how strong it is or how it applies to social media."

Simply putting Luckhurst's name into Google yields a litany of media reports about the San Antonio Police Department's disciplinary actions against him. The department tried to fire Luckhurst over the feces sandwich incident but his termination was overturned by a third-party arbitrator.

The search also yields stories about a separate incident that actually lead to Luckhurst's permanent removal from SAPD. In that case, investigators found that he left an unflushed turd in the women's restroom at a police station and smeared brown gunk on the toilet seat after a female officer asked staff to keep the area clean.

Joslin said he expects to conclude his review of Floresville's hiring policy by Jan. 1.

"Even though the holidays are a busy time, we want to get this done because it's very serious and very important to us," he said.