The lawsuit comes only months after the startup was awarded nearly $1.1 million in city and county subsides. 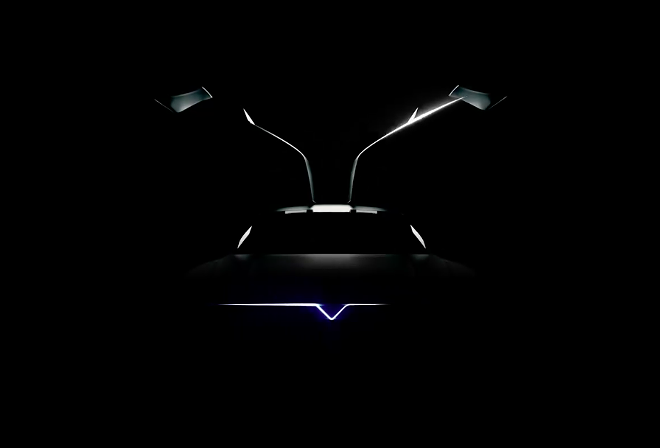 Facebook / DeLorean Motor Company
The revamped EV maker DeLorean Motors was announced during a Super Bowl commercial earlier this year.
Mere months after the city and county coughed up nearly $1.1 million in incentives to attract the revamped DeLorean Motor Co., the venture has been hit with a lawsuit alleging its founders engaged in intellectual property theft.

In its petition, Karma Automotive maintains that four of its employees were assigned to an initiative dubbed "Project 88," which aimed to electrify the original DeLorean DMC-12 popularized by the Back to the Future film franchise.

While DeLorean officials didn't respond to the Current's request for comment, de Vries did offer the following comment to the San Antonio Express-News, which first reported on the suit: “This car has a very specific, unique DeLorean lineage that has no relation to Karma Automotive from a design, engineering, supply chain or manufacturing perspective. We remain committed to the future of our company.”

The suit accuses de Vries and the three other former Karma employees of hiding information on their plans for the DeLorean from executives while they were still on staff.

"They actively concealed information from Karma to keep Karma from pursing the project or from finding out what [the] individual defendants were doing," the legal filing reads. "Then, one by one, they left Karma."


According to the suit, the defendants conspired to quit Karma Automotive after executives began questioning the viability of the project due to the lack of details provided by the former employees working on the vehicle.
"Within Karma, concerns were raised among Karma's executives that [the] individual defendants' proposals for Project 88 were not sufficiently detailed and raised open questions," the petition reads. "[The] individual defendants repeatedly promised to provide additional details and information, but failed to do so."

Soon after Karma's executives' inquiries, Yuan sent an email to de Vries saying that if  the car was to become a reality, the pair needed to " negotiate on their own," the petition alleges.

Karma is pursuing its court claim against DeLorean three months after city council awarded the latter company $562,500 to move its headquarters into the Port San Antonio industrial facility. In exchange, DeLorean promised to hit the lofty goal of creating 450 jobs with an average salary of $145,600 by the end of 2026.

Weeks later, the Bexar County Commissioners Court awarded an additional tax subsidy valued at $512,828 over the next decade.

DeLorean previously said that a few vehicles would start rolling off the production line in 2024. Even so, Anjan Hemanth Kumar, an analyst for San Antonio-based market research firm Frost & Sullivan, previously told the Current that the company’s path to profitability would be an uphill battle.

“You need to make hundreds of thousands of cars to achieve profitability, so that’s a huge problem,” Kumar said. “It’s a huge mountain to move.”

Officials with the City of San Antonio and Bexar County Commissioners Court could not be reached for immediate comment on the legal dispute.