Surprise, surprise: Most Texas teachers don't want to be armed, according to new survey 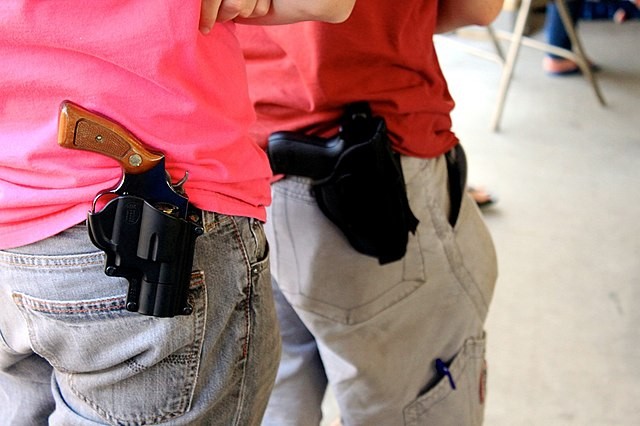 Wikipedia Commons / Lucio Eastman
La Vernia ISD recently voted in favor of allowing teachers to carry firearms on campus under the states guardian plan.
Three in four Texas teachers balk at the idea of being armed on campus, though the majority say they're fearful of a mass shooting at their own school, according to a recent survey from the state's teachers union.

Of the 5,100 Texas AFT members who responded to the union's survey, 76% of respondents — three-quarters of which work as secondary school teachers — said they don't want to be armed. Still, 90% of those surveyed said they're worried about an event similar to the tragedy in Uvalde unfolding at their school.

Despite that apparent statewide resistance, the board of the La Vernia Independent School District east of San Antonio last month voted unanimously to let some instructors carry firearms on campus. In a poll, 80% of the largely rural district's faculty and 88% of parents voted in favor of arming teachers under Texas' Protection of Texas Children Act Guardian Program.

That plan lets districts give permission to anyone, including educators, to carry firearms on district campuses. And unlike the state's marshall plan, which requires armed teachers to complete 80 hours of specialized training, the amount of training for guardians is determined by local school boards, according to the Texas Tribune.

So far, 280 school districts across the Lone Star State have signed on to allow teachers to pack heat in the classroom, according to a 2020 audit by the Texas School Safety Center.

San Antonio among the best cities in the nation for a kid-friendly vacation, report says

Texas has some of the worst dental health in the nation, according to new study