The ranking follows on the heels of recently reported UFO sightings across the Lone Star State. 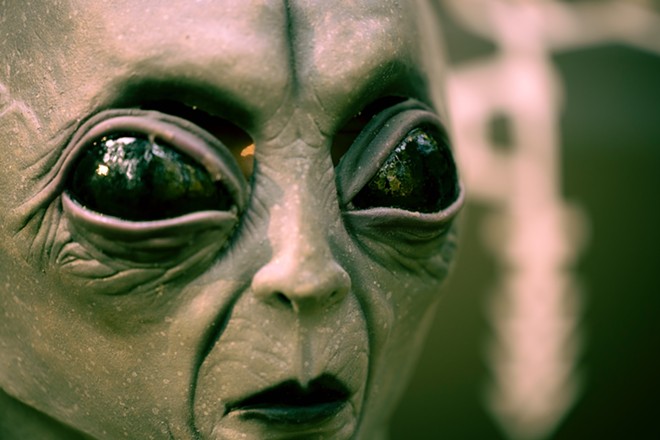 Unsplash / Stephen Leonardi
According to Lawn Love's report, Texas is the best state for potential UFO sightings.
From the mysterious Marfa lights to recent reports of UFO sightings, the Lone Star state is a hotbed for odd occurrences in the firmament.

Maybe that's why it should come as no surprise that a new report ranked Texas among the best states for folks who like watching the skies for signs of extraterrestrial life.

Online lawn care service provider Lawn Love — yeah, we're not sure what the UFO connection is here either — ranked U.S. states using metrics such as the number of reported sightings, communication tower registrations and Air Force bases to determine which states are the best for UFO fans.

With more than 15,400 witness accounts representing 12% of all U.S. sightings, California topped the list. The Lone Star State took the No. 2 spot for UFO fans but landed in first place when it came to the potential for actually having a UFO sighting.

In recent weeks, multiple Texas residents, including some in San Antonio, reported seeing abnormalities in the night sky, leading to speculation about an alien invasion. However, these sightings ultimately turned out to be billionaire Elon Musk's Starlink satellites.

Or at least that's what officials are claiming.