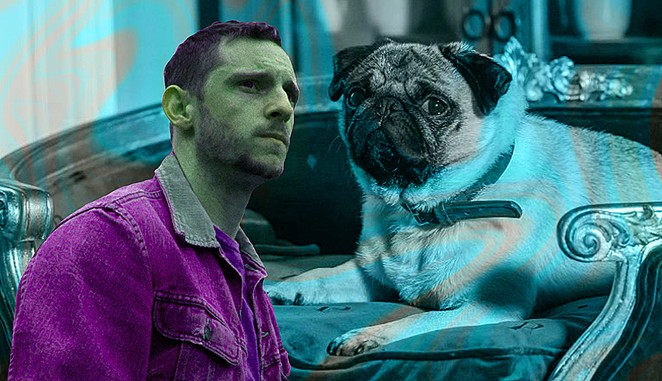 Here are a couple of short reviews of movies that will be released on February 15 in San Antonio theaters or on VOD.

IFC Films
Writer/director Tim Sutton (Dark Night) chooses grit over a gripping screenplay in Donnybrook, a heartless and violent exploration of the most miserable fringes of American society from the perspective of a bare-knuckle fighter trying to pull his family out of the trenches. Actor Jamie Bell (Billy Elliott) stars as Jarhead Earl, a former Marine and down-and-out brawler with two kids and a wife addicted to meth. Jarhead hits the road with his young son to find an underground fighting competition where he can win $100,000. On their trail is Chainsaw Angus (Frank Grillo), a brutal drug dealer whose sister Delia (Margaret Qualley) has gone AWOL after one too many beatings at the hands of her sick sibling. It’s tough to identify redeeming qualities in any of Donnybrook’s main characters, although that is probably the point of it all. Sutton has crafted a world brimming with so much pain and despair, it becomes exhausting. Without a solid script to support its darker themes, Donnybrook is simply a joyless exercise in toxic masculinity. Donnybrook opens exclusively at Alamo Drafthouse Park North Feb. 15.

Pugnacious Films
As the four-legged, tail-wagging title character, Patrick is as cute as they come. His squeezablility factor, however, is not what puts Patrick, the British family film directed by Mandie Fletcher (Absolutely Fabulous: The Movie), in the dog house. If you tossed Patrick a bone and deemed it adorable enough for the most easily-delighted dog lovers, it wouldn’t be very fair to the countless pooch pictures that have actually cared about story or comedy or any of the human characters that normally get their lives upended for the benefit of their fluffy friends. Such is the case with Sarah Francis (Beattie Edmondson, who is basically the British version of Anna Kendrick, although we’re not sure she can sing), a dorky high school teacher who has to rearrange everything when her grandmother dies and bequeaths her a pug. Patrick spends most of its time run time putting its star mutt into zany scenarios, but little is gained from the dog owner-pet relationship. Still, pug rescue shelters should benefit from any VOD purchases. Patrick hits VOD Feb. 15.