Martini Madness: Turns out, making the perfect one is a lot of work 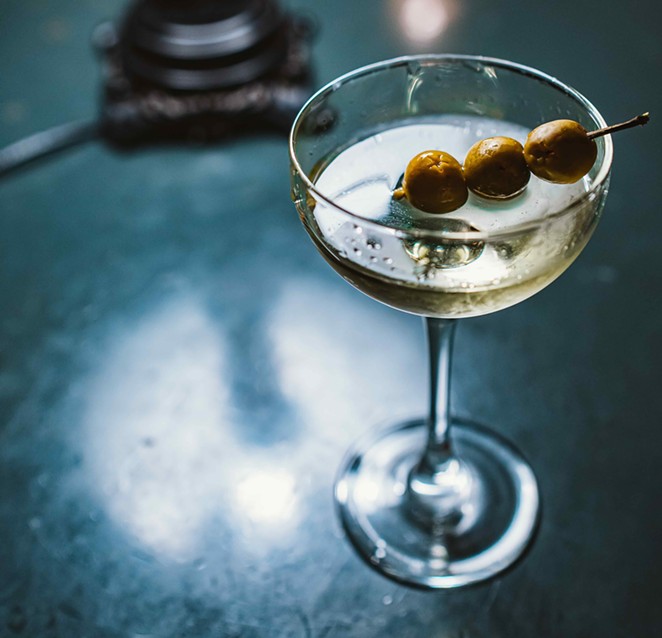 UnSplash / Stanislav-Ivanitskiy
The Martini may well be the most discussed, maligned and fetishized spirituous drink out there — and the craziness didn’t start with Mad Men-era two-or-more-Martini lunches.

As early as 1896 the cocktail as we more-or-less know it today was mentioned in a book titled Stuart’s Fancy Drinks and How to Mix Them. Its formula was a 1:3 ratio between dry, French vermouth and gin ratio. The only additions were bitters and lemon zest.

Others say the drink originated earlier, in the California town of Martinez during the Gold Rush. One historian credits San Francisco, though, and others a New York bartender in the early 1900s. Then there’s the Italian vermouth maker Martini & Rossi that was producing its apèritif as early as 1863 and might well have lent its name to the tipple.

And we haven’t even begun to discuss shaking versus stirring (stirring, of course), the inclusion of olive brine (not in my Martini, thank you) and the blasphemous substitution of vodka for gin (in which case, you might as well shake, Mr. Bond).

So, let’s get started.

It is pretty much agreed that the earliest recipes were “wetter” than those at your favorite watering hole. “Reverse” Martinis with more vermouth than gin were common early on, and 50-50 blends have regained some currency lately.

But gradually, in the 20th Century, that ratio flipped — to the point that Winston Churchill was said to take gin straight from the freezer and nod in the direction of France to honor the vermouth. A so-called “perfect” Martini uses equal parts dry white and the slightly sweeter “blanc” vermouth. That leads to a discussion, perhaps for another time, of other aromatized wines that might be called into action. Cocchi Americano is a personal favorite, just FYI.

But to be honest, I don’t usually think about the Martini much. Or I didn’t until a recent issue of Bon Appètit landed in my pre-Thanksgiving mailbox. In it, there’s an article on actor and author Stanley Tucci’s celebration-hosting suggestions, which began with, “First, a Martini.” The preparation instructions caught my attention.

Allow me to refer you to the internet for both the magazine’s recipe and Tucci’s video on “How to Make a Classic Gin Martini.” The recipe is almost absurdly precise, whereas the video, in which Tucci declares his love for the Ryan Reynolds-owned Aviation gin, is curiously casual. He uses his hands as a strainer, for example. At the risk of seeming uptight, I picked the printed recipe.

Tucci’s method involves adding ice and a half ounce of dry vermouth — he uses Dolin Dry — to a mixing glass, stirring, resting, stirring again, dumping the vermouth but keeping the ice. He then adds 2-3 ounces of gin, then repeats the stirring and resting and finally strains into a chilled glass. He doesn’t mention what glass, but a classic Martini shape is pictured. For garnish, he recommended skewered olives — one or three, but never two, he asserts — or a lemon twist.

Is this mere theater or does it result in a superior Martini?

A lot of work

First a word of advice: it helps to do this with a partner. One is in charge of the timer, while the other pours and stirs. Yes, comic-dramatic theater can result. I used 2½ ounces of Bombay East gin because I had it. I selected Carpano Dry vermouth over Dolin due to its affinity for the gin’s lemon grass component. But why obsess — you’re dumping the vermouth anyway, right?

To my surprise, it turned out that the vermouth lingers in traces of taste and aroma. The dilution level was near perfect, and the overall result was stunningly cold and startlingly good. It was a lot of work for one martini, however. Maybe trade places with your mixing partner for number two.

Or maybe just sit yourself down at the bar at Bohanan’s Prime Steaks and Seafood in downtown San Antonio and let one of the smartly suited bartenders mix a martini for you. Ask for a Hoffman House. At least one of them will know what you’re talking about.

What should result is theater of the sort that only an experienced mix master can pull off: a generous slug of vermouth — no obsessive measuring here — an even more generous pour of Citadelle gin, a few shakes of orange bitters—all stirred, of course. It’s served in a coupe poured perilously close to the brim with an equally perilous swath of orange peel teetering atop.

The only work required on your part is to make sure you drink it down before it warms up. Turns out that the real “perfect” martini is the one someone else makes for you.