One of the groups, Ground Game Texas, led an Austin petition drive which culminated last month with 85% of voters deciding to end low-level pot arrests. 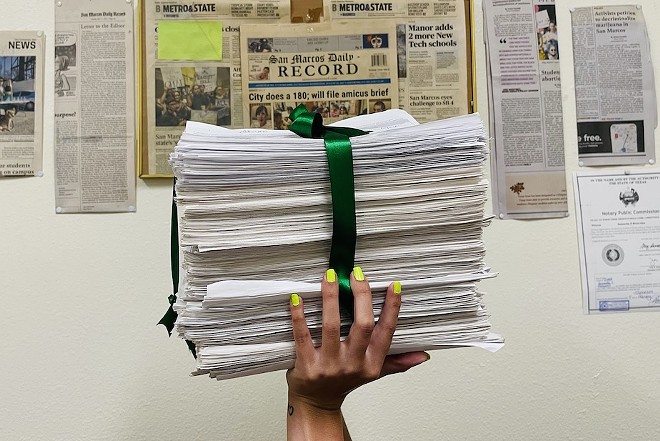 Organizers said they have independently verified more than 4,600 signatures, when San Marcos' charter only requires 4,182, or one-tenth of the city's total registered voters. San Marcos City Council would next need to approve the proposal, which would go before voters during the November election.

"As we collected signatures, we heard so many people share their personal stories with us about their encounters with law enforcement over marijuana or about how it's affected the life of a family member," said Sam Benavides, communications director for Mano Amiga, a criminal-justice reform group involved in the drive.

"We're excited about this being on the November ballot, where there's already a high turnout," Benavides said. "We think this is going to make turnout even higher. It's going to bring out younger voters who can make their voices count on something they care about."

Mano Amiga hasn't held any discussion with groups interested in pursuing a decriminalization drive in the Alamo City, she added.