The 60-second spot shows the media mogul using Tito's for a variety of household tasks. 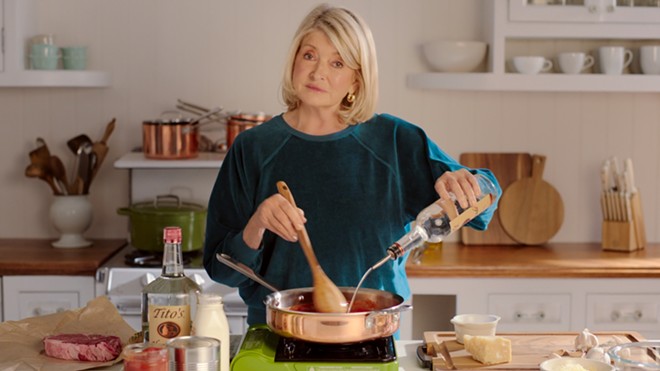 The Austin-based brand’s campaign includes a hilarious video of the DIY queen showing off a limited-edition collection of bottle-topper attachments while demonstrating how to use its vodka in a variety of household tasks. Among those uses: tendering meat, saying goodbye to musty boot smells and giving pasta sauce a little extra kick

“Hey, I get it. It’s Dry January, so you’re not drinking much,” Stewart says in the 60-second spot. “But if you’ve got Tito’s lying around, don’t just stare at it, use it.”


Ultimately, the video ends on a martini glass and an expletive, much like January does for many who partake in the monthlong, booze-free endeavor.

Tito’s bottle attachment kit — which includes three different toppers — was available at the company's website for $10, but they have already sold out.

The brand also released a list of DIY uses for its booze on its website but included a disclaimer to cover its posterior. “We can't guarantee the outcome of these DIY uses for Tito's — they are legally non-binding because this is a joke and we're a vodka brand,” it explained.

We're here for the humorous transparency. Especially since Tito's has clearly moved on from its dubious promotion peddling empty cans for $20.  We've also seen worse, but arguably more hilarious, suggestions from major beverage brands regarding — ahem — alternative activities to drinking in January.