Now, Lone Star Development and GrayStreet Acquisitions, a subsidiary of the development company GrayStreet Partners, hope to begin a new chapter for 32-acre property in a deal set to finalize today, according to The Rivard Report.

In January, Lone Star Brewery Development Inc. filed for Chapter 11 bankruptcy reorganization in a move that halted a pending foreclosure auction. Since then, the future of the property was juggled between GrayStreet and Dallas-based Quadrant Investment Properties, with the former coming out on top after presenting a $14.5 million offer, the Express-News reports. 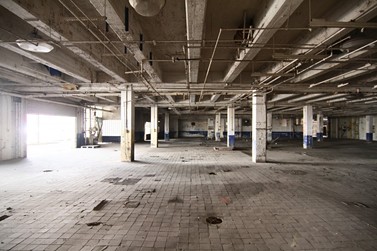 Michael Barajas
GrayStreet Acquisitions purchased the 32-acre property for $14.45 million.
Previous plans for the property have included a multi-use complex to feature office and retail space, restaurants, a movie theater, a boutique hotel and multifamily housing.

At press time, it was unclear what form the new development might take, but it's been a long time in the making.