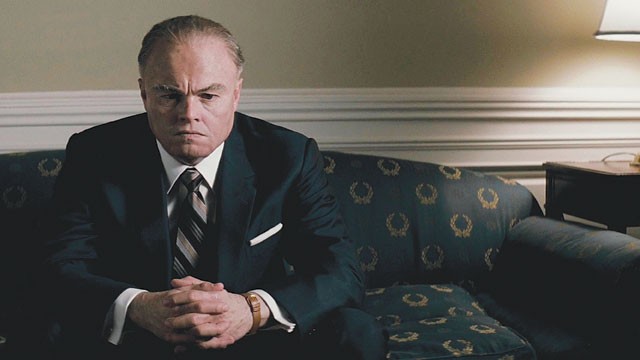 It's no secret these days that J. Edgar Hoover was a real bastard. But back in the day he was a paragon of American idealism and fortitude. As director of the FBI from 1935 to 1972, he built and ran the organization as the nation's premier protector, champion, and defender of old-fashioned values. He served under eight presidents, scaring the shit out of almost all of them. He kept files on enemies. He kept files on friends. He spied on U.S. citizens. He hated the Kennedys. And he liked to dress up in women's clothing from time to time.

And in director Clint Eastwood's stirring new biopic J. Edgar, he's a deeply conflicted egomaniac whose personal agendas and vendettas often broke the laws he had sworn to uphold. The story starts in 1919, before there was an FBI and the year the 24-year-old Hoover (played with spot-on self-satisfaction by Leonardo DiCaprio) begins, as he says later, to “clarify the difference between hero and villain.” And like many of the battles that consumed his tenure as the FBI's longest-running director, it's triggered by both Communism and paranoia.

The movie crisscrosses eras and historical highlights from Hoover's life. From the very start he was a ball-buster, raiding the backrooms of radical groups and advancing, often through self-mythologizing, his career until he became the most feared man in America. There are detours along the way for his personal life, at least what there was of it: his most significant relationships were with his mom (played by Judi Dench), his longtime and loyal secretary Helen Gandy (Naomi Watts), and his associate director Clyde Tolson (The Social Network's Armie Hammer).

J. Edgar isn't a flashy biopic — that's not Eastwood's style. But it is a supremely well-made one (and that is Eastwood’s style), directed with insight and reverence and skepticism for Hoover and his story. (Dustin Lance Black's script neither heralds nor slams its subject.) At times it plays like history-book chapters — Hoover crusades against Communists, sets up the G-Men, investigates the kidnapping of Charles Lindbergh's baby, and obsesses over Martin Luther King — without going too far below the surface to get to what really made Hoover tick.

DiCaprio is surrounded by a great supporting cast that blends seamlessly into the period setting. The attention to detail and pinch of nostalgia make J. Edgar one of  Eastwood's most old-fashioned movies, and one of his best. He doesn't pry too deep into Hoover's extracurricular activities, and when he does, he doesn't dwell on the tabloid side of Hoover's story, sidelining only briefly to toy with his cross-dressing and relationship with his “No. 2 man” Tolson. That's but a small part of this excellent and occasionally sentimental movie, which looks back on the middle part of the 20th century through the eyes of one flawed and conflicted man.