A stone-exterior home in Olmos Park designed by one of the city's most renowned early-20th century builders has hit the market for just north of $1.7 million.

The 4,200-square-foot house was constructed in 1931 by H.C. Thorman, the prolific developer behind local landmarks ranging from Olmos Park itself to the San Antonio Country Club, according to its listing. During his heyday, Thorman built as many as 40 houses annually, and they can be found in Highland Park, Mahncke Park, Tobin Hill and other desirable center-city neighborhoods.

Surrounded by lush greenery, the four-bedroom, three-and-a-half-bath property includes a 1,000-square-foot tiled living area equipped with a recessed floor-to-ceiling stone fireplace and the unusual touch of a built-in indoor grill with a vent. The living area also opens onto an expansive stone patio with a pool and an arbor area.

This home is listed by Shane Neal and Clint Neal with Keller Williams City View.

All photos housed on Realtor. com.
Scroll down to view images 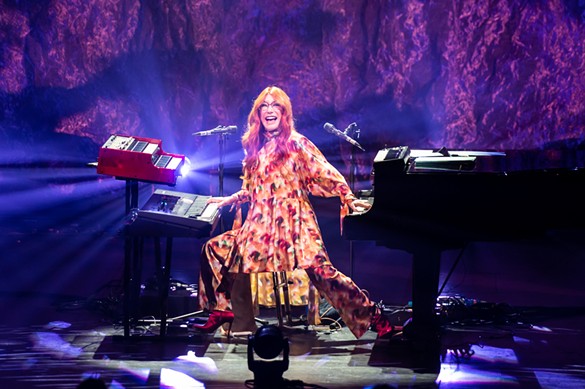