When it comes to interior decorating, this 1908 Greek Revival mansion off Broadway is all about extremes. Namely, its color palette.

The walls of the two-story structure are snow white, while striking touches of ebony embellish the hardwood floors, bathroom tile and a wrought iron spiral staircase, among other fixtures. Oh, there are touches of color here and there — the deep brown of exposed ceiling wood in a handful of rooms, some panes of green stained glass and an aquamarine kitchen backsplash — but they're just that: touches.

Sure, it kind of looks like a house designed for a zebra. But it's hard to deny that all the contrast creates a striking effect.

The $875,000 property is currently used as a high-end AirBnB, featuring five separate suites, each with its own kitchen, bedroom and bath. And there's also an owner's living area consisting of an ensuite bedroom, a study, a kitchen and additional living areas.

Interestingly, the one part of the house that doesn't fall into the black-and-white color scheme is a sprawling loft used as a workroom. That 2,400-square-foot area is left in its natural state with exposed wooden planks and beams. 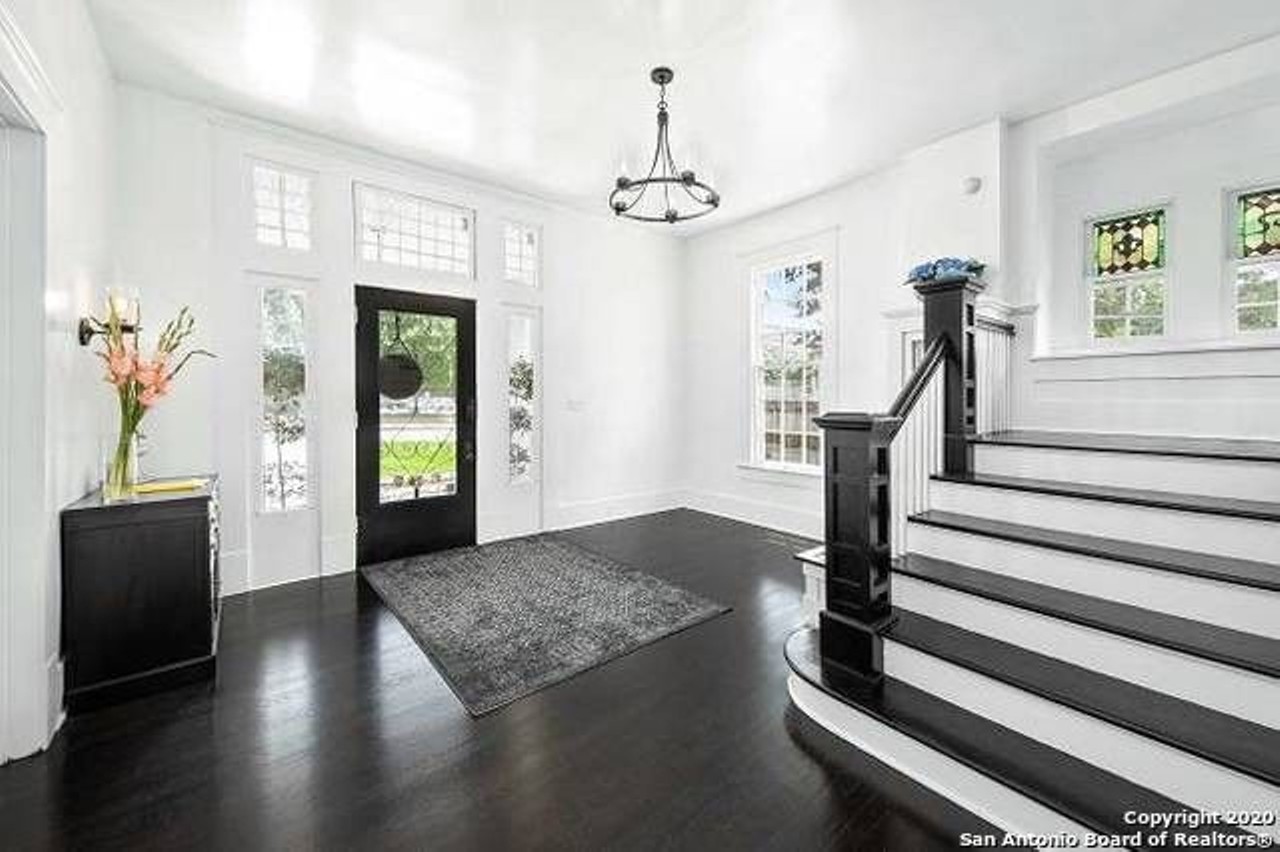 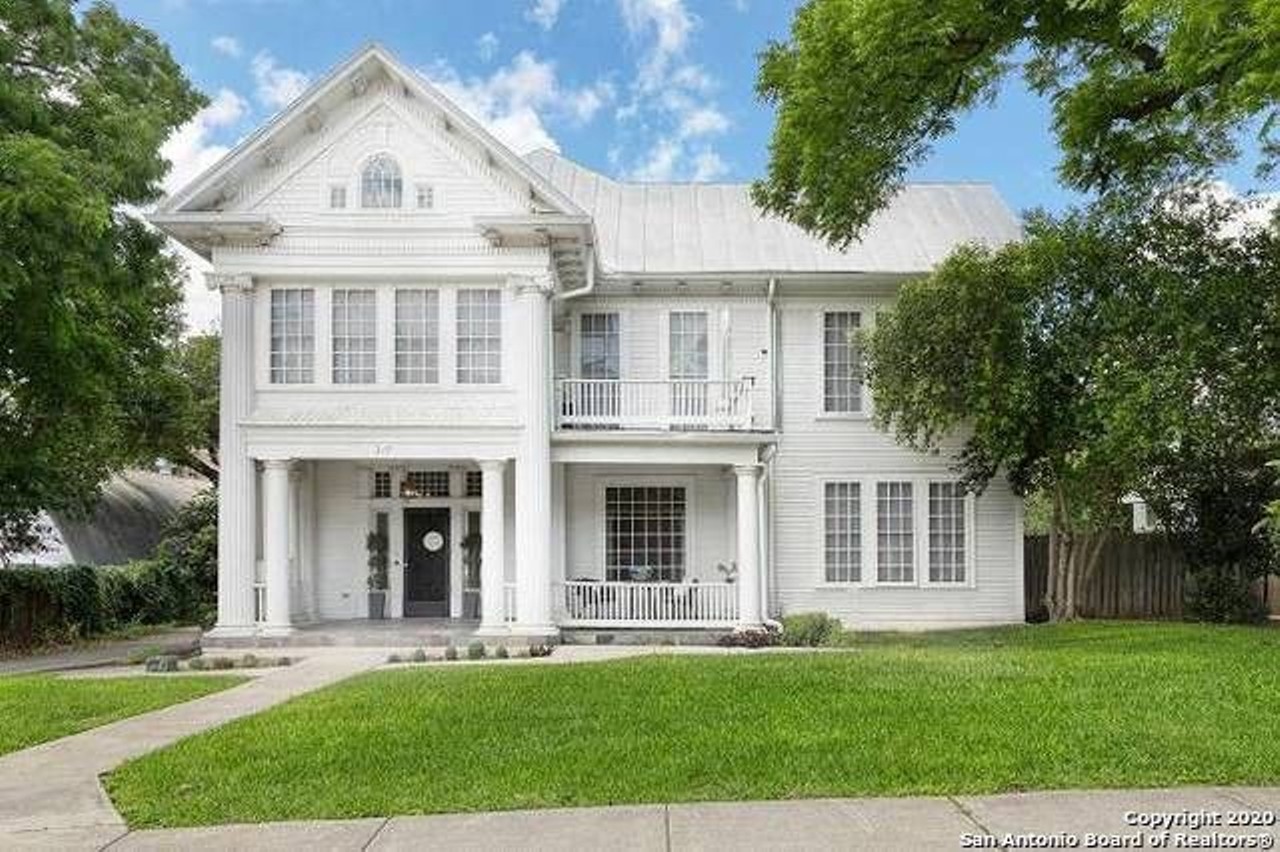 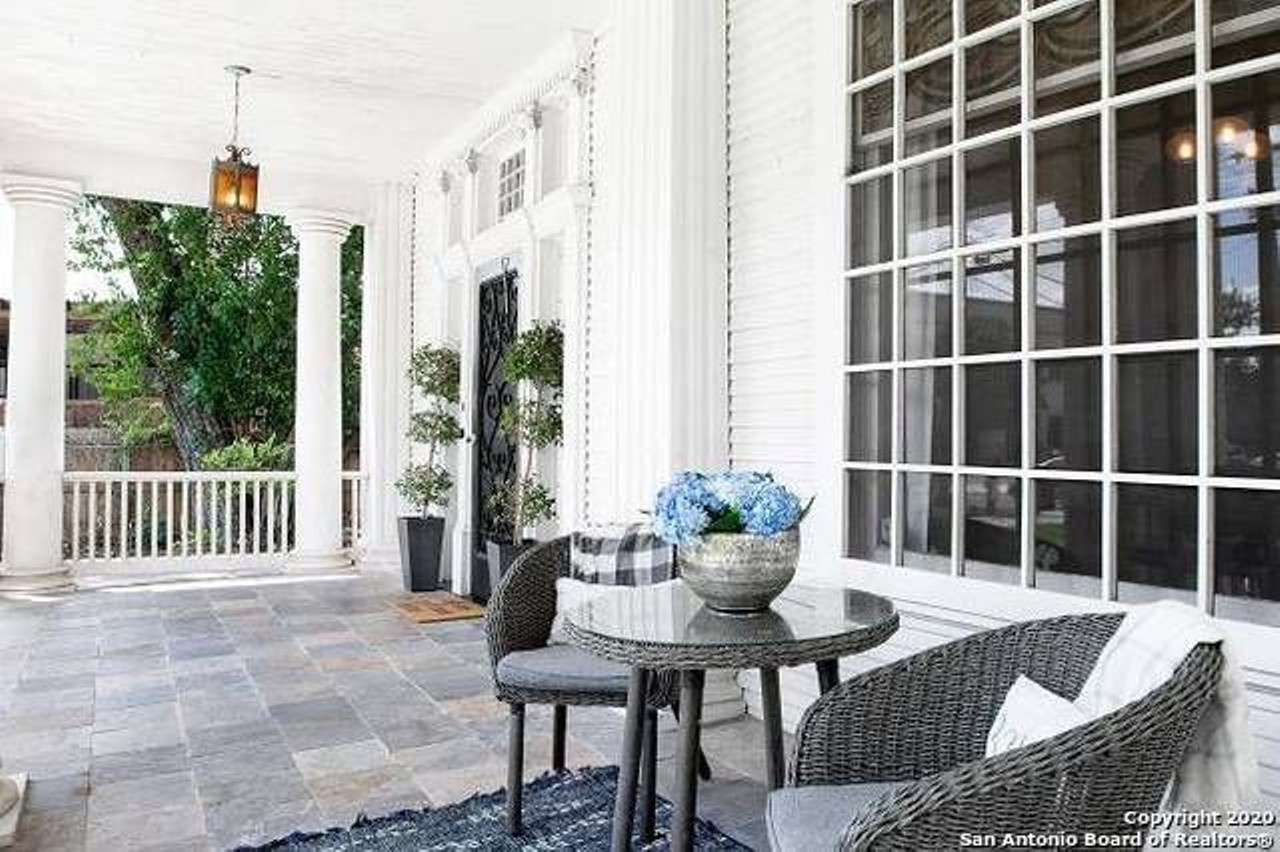 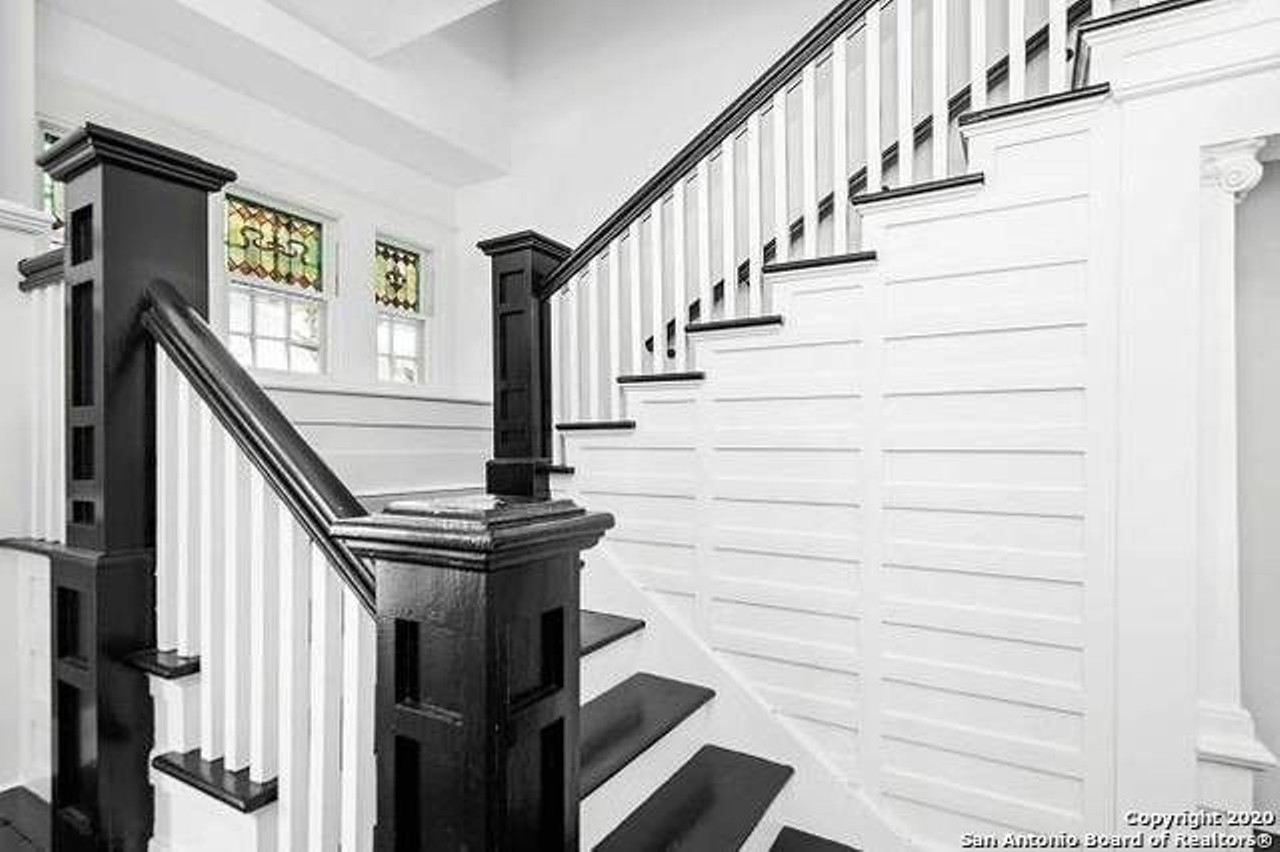 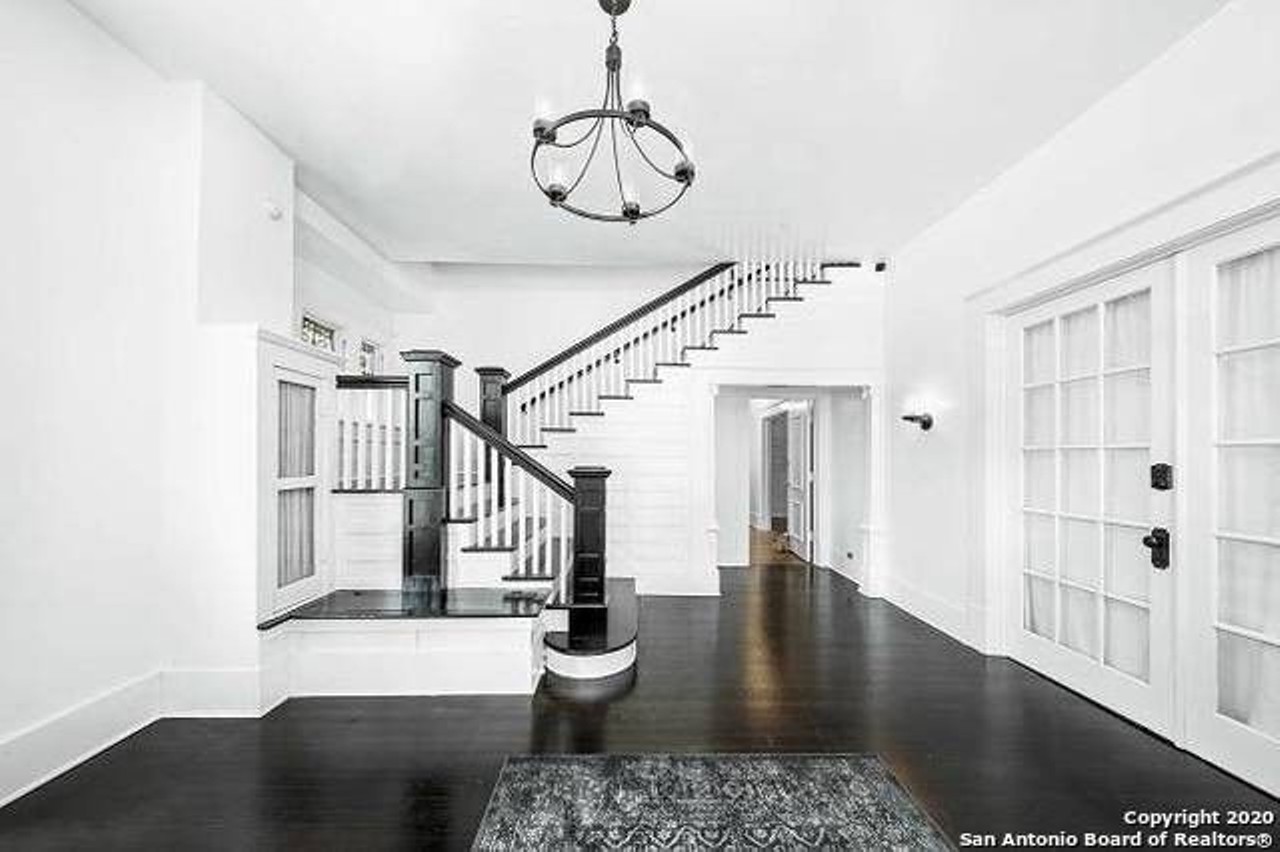 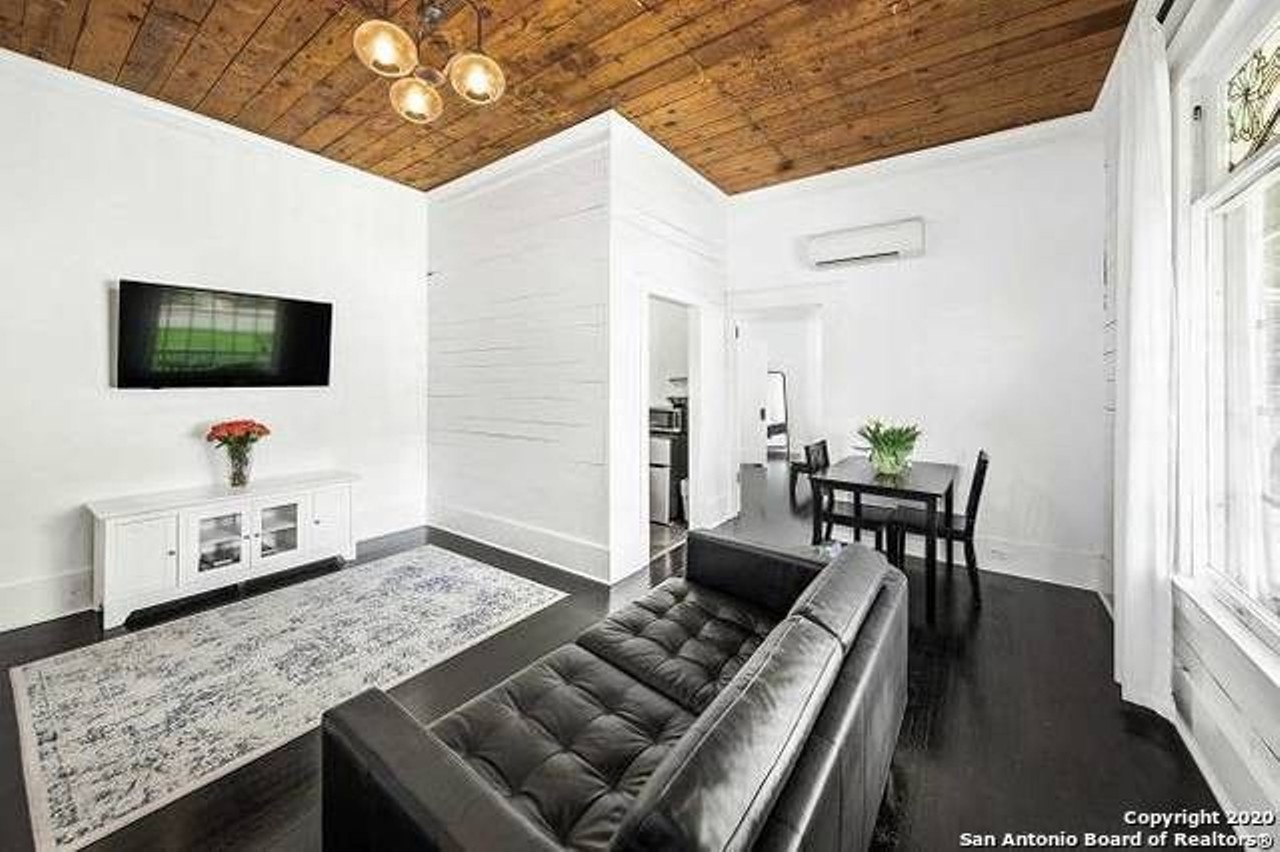 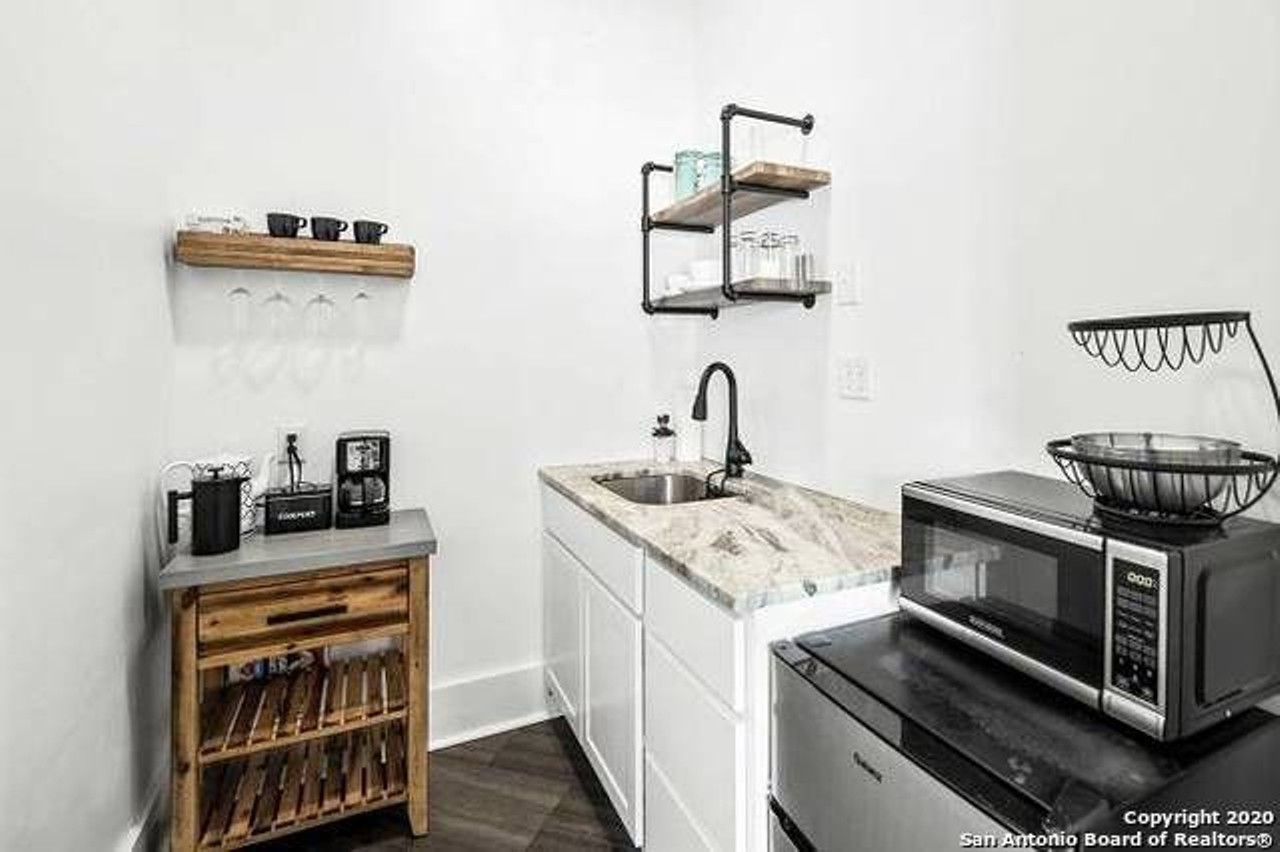