Laws on CBD Getting Clearer in the U.S. and Texas 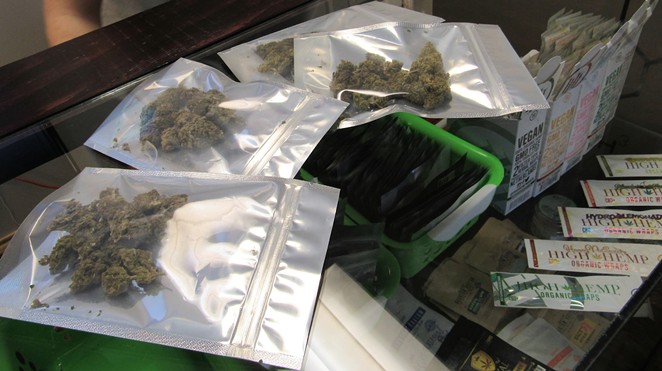 Sanford Nowlin
In 2014, the U.S. Congress let the cat out of the sustainably farmed hemp bag by allowing the cannabis plant of the hemp variety to be classified as a legal crop. It had to contain less than 0.3 percent of the psychoactive THC, found in higher levels in the related marijuana plants, and was only for limited applications such as industrial fibers.

The demand for CBD oils, however, meant that hemp was coming in from Mexico and spending a lot of time clearing ports of entry and inspections at the border. Although the legality of CBD has been variously interpreted by state and local governments, even Texas lawmakers were on board with limited medical use such as to treat children suffering from epileptic seizures.

Now, with the 2018 Farm Bill pushed through Congress and across the U.S. President’s desk in December, hemp is about to become a domestic cash crop. And even holdout states, like Texas, are moving toward legalizing and regulating hemp production to include varieties used for everything from clothing to building materials — and those specially grown for CBD oil.

In Texas, hemp production is getting closer to official legalization in keeping with federal laws. The bi-partisan Texas House Bill 1325 passed out of committee this session with nary a nay, as did HB 4508, which would officially decriminalize CBD oils that meet the THC limits.

While there seems to be little opposition to the bills in the Texas House or Senate, as yet, Lege watchers know not to hold their breath waiting for their final passage. Procedural bombs have been dropped before at the 11th hour to stop unrelated bills, effectively killing everything waiting for a vote.

Texas hemp industry groups argue that the bills’ passage would create farm and hemp-processing jobs in the Lone Star State that are now going to places such as Kentucky, Montana, Kansas and northern neighbor Oklahoma.
At an early April hearing for HB 1325, there were no speakers or signers opposing the measure.

The growing acceptance of hemp and CBD ultimately could be an impetus for a referendum on legal marijuana in Texas, observers add. That could help explain both the prevalence of new CBD stores and special greenhouses popping up around the state to grow crops such as hops or other plants that benefit from lots of light and hydroponics.

Ben Leeper, co-owner of Farmacy Botanical Shoppe in San Antonio, said his current plan isn’t to embrace the marijuana business. That’s partly because attitudes against it remain fairly strong in Texas, compared to his native state of Colorado, where it is legal for recreational use.

Still, “I’ve talked to some other CBD businesses and [legal marijuana] is absolutely in their plans,” he added.