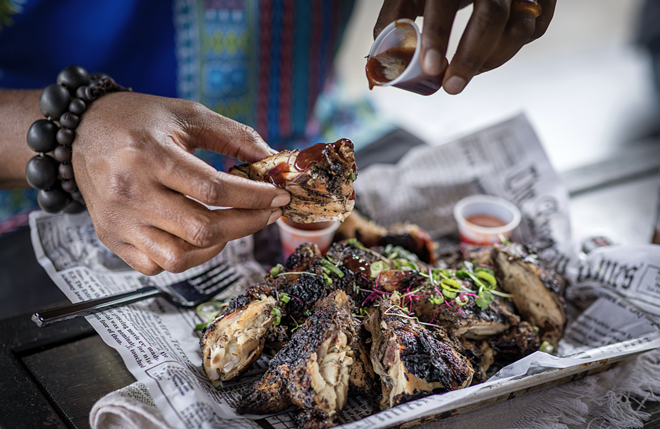 The Jerk Shack — located at 10234 State Highway 151, Suite 103 — is the only Texas restaurant to make Eater's fried chicken list, which also highlights Eugene’s Hot Chicken in Birmingham, Alabama and The Chicken Hut in Durham, North Carolina, among others.

Such critical high fives aren't new to the Jerk Shack, however. GQ Magazine also included the Caribbean eatery on its list of Best New Restaurants in 2020, and it also landed on Yelp’s 2022 list of women-owned restaurants to watch.

Blaque helms both The Jerk Shack and Mi Roti, a Carribean flatbread joint at the Pearl, with the help of husband Cornelius Massey.