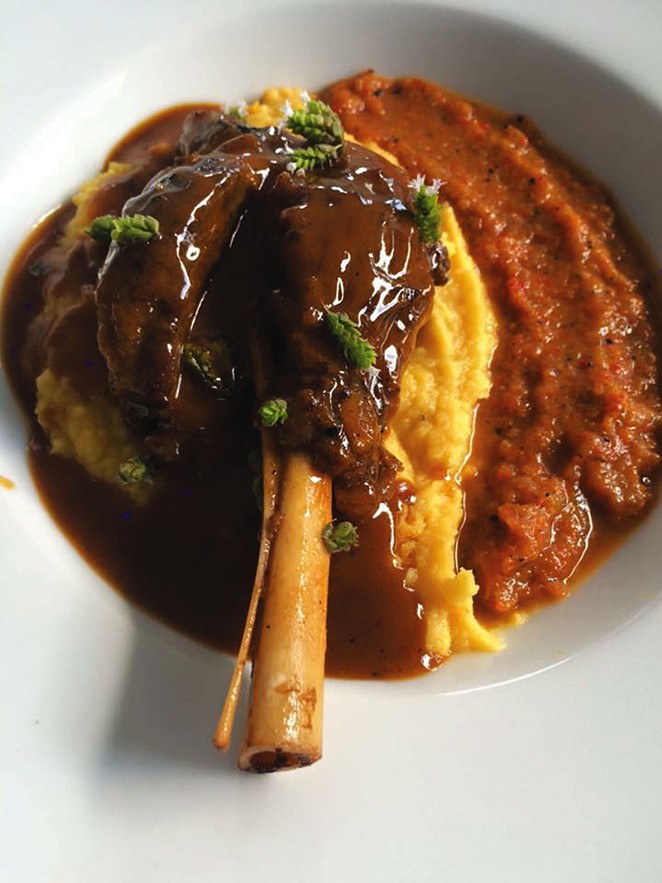 Courtesy
We’re ready for Rebelle to knock our socks off.

Let's be honest — our palates aren't ready for what's about to go down this November. The big news this week is the much-anticipated opening of Rebelle inside the remodeled St. Anthony Hotel (300 E. Travis St., 227-4392). Opened by the star team of Andrew Goodman and chef Stefan Bowers of Feast, Rebelle's already made a splash during its soft opening this past weekend. The restaurant, which joins sister bar Haunt at the hotel, officially opens Wednesday, November 4. I'm capital E excited for what Bowers has in store.

Over at the Pearl, Hotel Emma (136 E. Grayson St.) is preparing for an official opening on Monday, November 12. Supper (probably the best restaurant name out there) will see the return of John Brand to the kitchen with this "American Eatery" that'll focus on his Midwestern approach as combined with some South Texas flair. Larder will serve as a boutique grocer with local produce, prepared foods and more, while Sternewirth will serve as the hotel's swanky bar and clubroom. Read more about what's in store on page 20.

Anniversaries are in store for The Granary 'Cue & Brew (620 Avenue A, 210-228-0124), which turns three this November. The barbecue joint will celebrate with a dinner on Thursday, November 12 at 6:30 p.m. with five courses prepared by chef Tim Rattray and paired with Jester King's eclectic beers. Seats ($100 per person) are limited to 30 attendees so make those reservations at thegranarysa.com.
The Cookhouse (720 E. Mistletoe Ave.) turned one this September, but the celebration was postponed to Wednesday, November 11 at 7 p.m. Chef Pieter Sypesteyn and staff are creating 11 courses for 50 attendees at $125 per person ($175 with wine pairings). The menu includes turtle soup, marinated crab claws, stuffed jumbo Gulf shrimp and more. Reservations must be made by calling the restaurant (210-320-8211).

The FoodWhore Company's Javier Treviño can now be found at Blue Box (312 Pearl Pkwy.) on Tuesdays where he's hosting a cocktail and crafting class, fittingly named Leather & Liquor. Guests will learn how to make two cocktails and a mini leather-bound cocktail journal. Classes start at $30 and start at 8:30 p.m. every Tuesday night.