The restaurant, located at Highway 151 and Hunt Lane, is expected to be the first of eight SA locations for the chain. 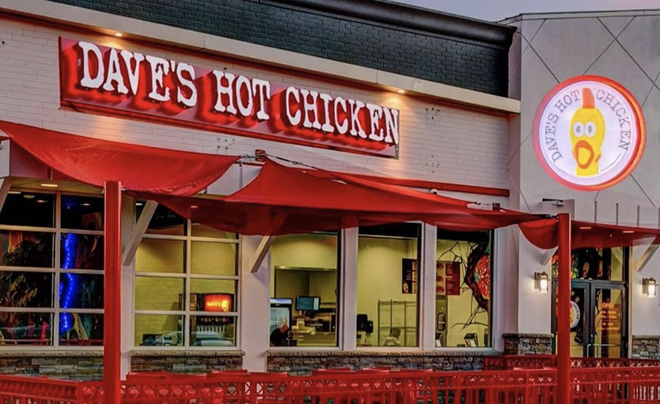 A filing with the Texas Department of Licensing and Regulation shows that the chain — which specializes in a West Coast take on Nashville's iconic, cayenne pepper-loaded hot chicken — will open a restaurant at Highway 151 and Hunt Lane early next year.

Work on the 2,290-square-foot space is scheduled for completion in February, the July 7 filing states. 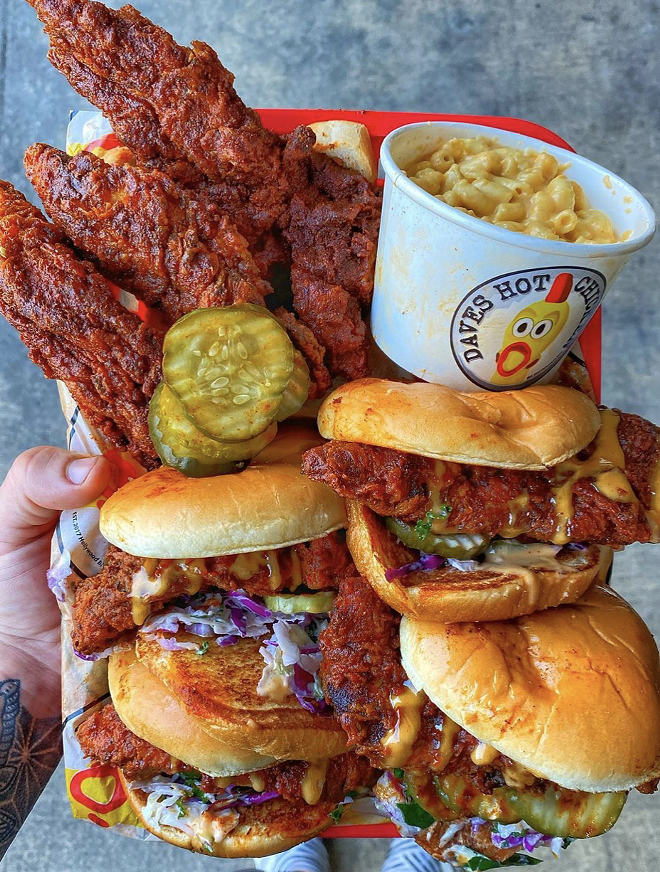 Instagram / daveshotchicken
Dave's offers chicken tender sandwiches at seven different spice levels, from no spice to the "reaper" option.
The chain announced a Texas expansion earlier this year but offered sparse details at the time. Aside from saying it plans to create 300 jobs at eight San Antonio-area stores, the plans included no specific locations.

Unlike hot chicken chains that offer a one-spice-fits-all approach, Dave's offers chicken tenders and sandwiches at seven varying spice levels, from no spice to its "Reaper" option. The chain also serves sides including macaroni and cheese, kale slaw and cheese fries.