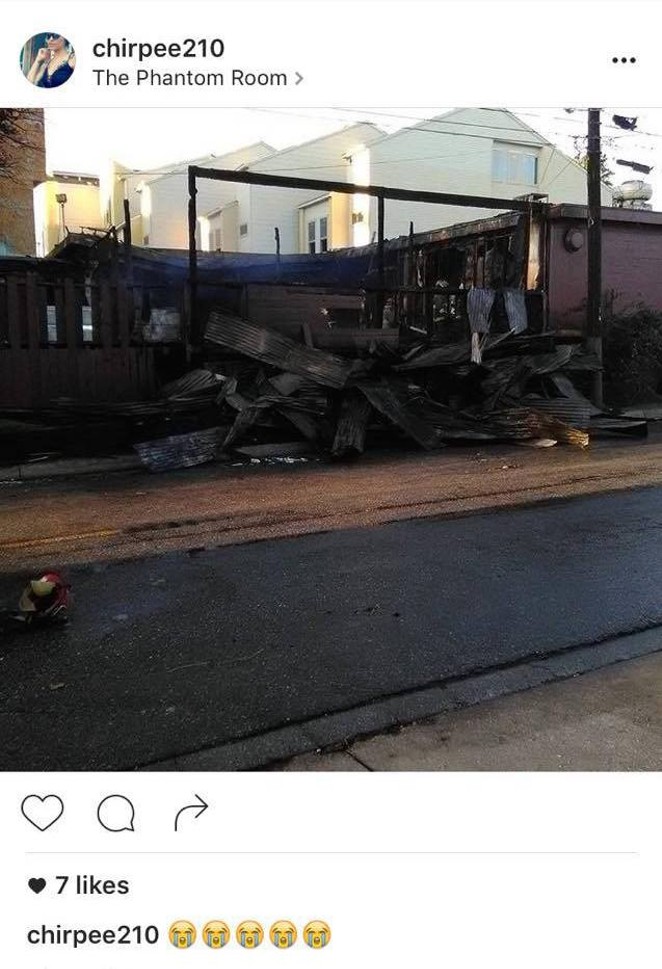 Instagram/chirpee210
What is with all these damn fires?

The San Antonio Express-News and KSAT 12 are reporting a third fire in just as many weeks has consumed Phantom Room, a popular dance club/bar on the St. Mary's Strip known for its live performances and necia weekend nights.

According to the Express-News, the building was deemed a "likely total loss" by SAFD spokesman Woody Woodward. SAFD responded to a 5:12 a.m. call Wednesday morning.

As part of Danny Delgado's St. Mary's Strip empire — Faust, Hi-Tones, Botanica and Squeezebox are also on the list — Phantom opened in 2015.

Though likely unrelated, this fire is the third in three weeks to affect a bar/restaurant in San Antonio. Francis Bogside suffered considerable damage Halloween morning and has been shut-down since, while Folc sustained fire and smoke damage due to an electrical issue on the morning of November 8 and will remain closed for the time being.