The third season will explore how Mexican cooks across the U.S. border keep traditions alive. 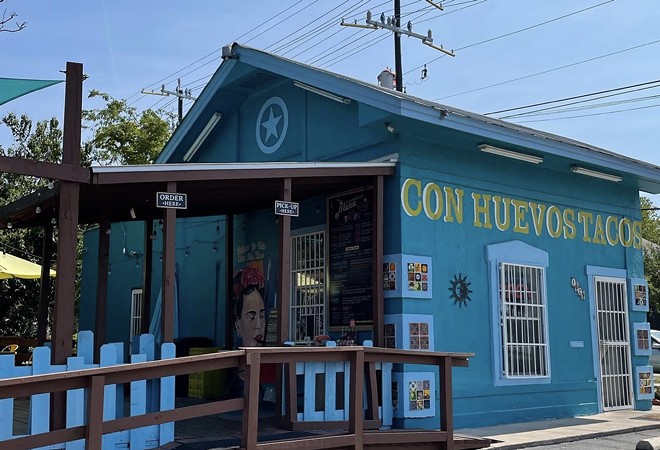 The docuseries' latest season, which debuts Nov. 23, will explore how U.S. cooks keep Mexican traditions alive and experiment with new flavors, according to a statement from the streaming platform.

“Even if the taco leaves Mexico, Mexico never leaves the taco,” the official trailer muses.

Con Huevos, located at 1629 E. Houston St., made a name for itself by exploring robust flavors beyond those found at typical SA taco spots. It drew praise in Texas Monthly's May 2020 issue for its affordable $6 Bag Special and piping-hot fideo.

El Pastor Es Mi Señor opened in mid-2020 near Stone Oak and Huebner, serving up — you guessed it — tacos and trompos al pastor as well as other Mexican street food faves before moving to its current digs on Wurzbach Road.

While the owners of Naco 210 and El Pastor Es Mi Señor were unavailable for immediate comment, Con Huevos partner Amanda Fagan said her restaurant draws inspiration from the food her life and business partner, chef-owner Hugo Garcia, grew up eating.

*This post has been updated to include El Pastor Es Mi Señor's appearance on the docuseries, which had previously been unaccounted. Whoops.