12 Hot Restaurants: Where To Eat And Drink Right Now 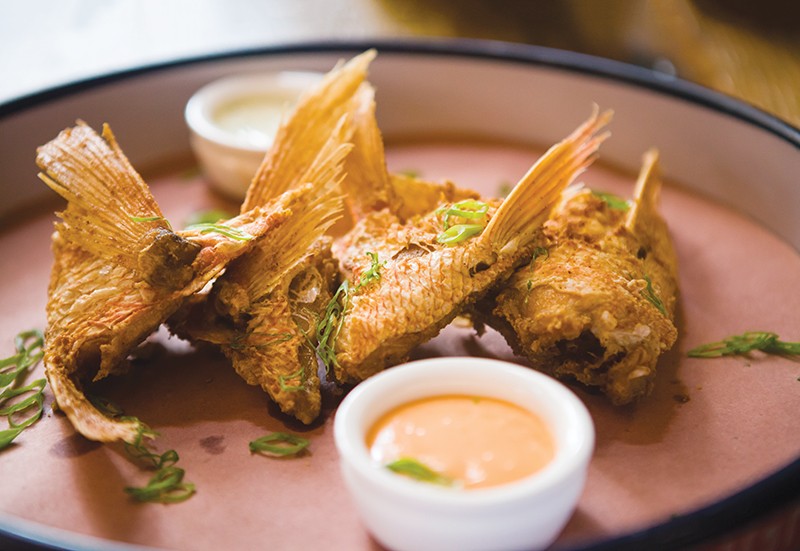 At three months in, Southerleigh, the latest eatery to debut inside the Pearl, is hitting its stride. The overwhelming task of training a massive back-of-the-house crew and a knowledgeable service staff, inside what was arguably the most hotly anticipated restaurant of the year, didn't fall on deaf ears with chef Jeff Balfour or general manager Philippe Place.

On the back end, Balfour and co. are delivering coastal fare that impresses almost as much as the renovated Pearl brew house the eatery is housed in. Stop in for a bangin' lunch, where you'll find sizable sandos and

Current favorite Cellerman Pail specials with the kitchen's greatest hits at almost ridiculous prices. The entire deal is sweetened by the expert service of Place and his knowledgeable servers.

Visits to Southerleigh involve gawking at the restaurant and its various dining pockets for several minutes on end. Exposed parts of the former Pearl brew house add a certain sense of nostalgia as diners enjoy several levels of dining within the same space that once provided brews to San Antonio and abroad. The brew tanks — don't worry, these are much, much newer — are whirring again as Les Locke and a small army of brewers create playful libations available by the full-size pint or lunchtime pour. Sneak one in before going back to work. We won't tell.

Where Southerleigh really wins us over is with its snack line, perfect for guzzling down one of Locke's creations. The chicken cracklins are addictive, while the snapper throats (fried collars) require some digging to tasty, buttery results. Did we mention Southerleigh's known for its house-made bread? We're partial to the fresh pretzels with tangy beer cheese and the bacon- and onion-jam topped deviled eggs. At Southerleigh, you'll go for the snacks, and stay for the service, brews, boils and history lesson to boot.