34. Spend The Day At The Pearl 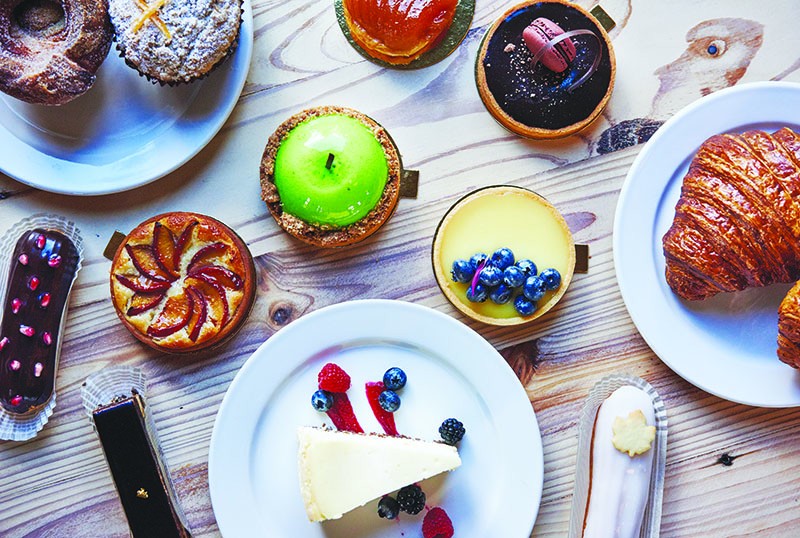 File Photo
An array of pastries from Bakery Lorraine.

Routinely evolving since its founding back in 1881 as J. B. Behloradsky Brewery and the City Brewery, the multipurpose complex we now know simply as the Pearl is getting bigger and better with age. While its Can Plant Residences attract young urban professionals and the Pearl Stable and Pearl Studio can be rented for special occasions, the complex is arguably known best as a culinary hot spot.

Beyond the presence of the Culinary Institute of America-San Antonio (students from which staff the adventurous pan-Latin restaurant Nao) and the bustling Pearl Farmers Market, exclusive to vendors within a 150-mile radius of San Antonio (9 a.m.-1 p.m. Saturdays, rain or shine), the complex attracts all walks with its eclectic assortment of eats and drinks. Among the varied standouts are vegetarian and vegan offerings from Green; impeccable pastries, sandwiches and salads from Bakery Lorraine; upscale seafood and fine wines from Sandbar Fish House & Market; craft beer and barbecue from The Granary 'Cue and Brew; regionally inspired charcuterie from Cured; Mexican street food from La Gloria; modern American cuisine and cocktails from Arcade Midtown Kitchen; and rustic Italian fare from Il Sogno Osteria.

Fortunately, such indulgences can be worked off with a brisk stroll on the adjacent Museum Reach of the River Walk, a B-Cycle ride through the surrounding neighborhoods or even a yoga class at Synergy Studio.

And whether you're out to browse or buy, the Pearl boasts one of the city's most thoughtful assortment of retailers, with treasures ranging from custom-made guayaberas by Dos Carolinas and locally focused reading material from The Twig Book Shop to colorful kitchen supplies at Melissa Guerra Tienda de Cocina and refined menswear from The Sporting District.