Chains in San Antonio That We Love 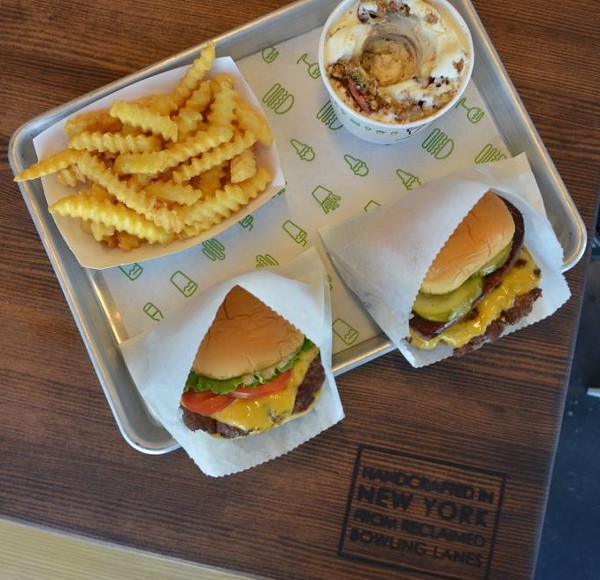 Shake Shack // These New York natives were a big hit with San Antonians when the chain’s first store opened near Park North. Expect another one location spring coming to Mulberry and Broadway. 7427 San Pedro Ave., (210) 277-4770, shakeshack.com.

In ‘N Out Burger // California natives can’t get enough of the stuff. Whataburger forever, but In N’ Out, sometimes. Multiple locations, in-n-out.com.

The County Line // If your relatives insist on going to the Riverwalk and eating barbecue, you could do far worse than this river-adjacent joint. Multiple locations, countyline.com.

Hopdoddy Burger Bar // This Austin-based company packs it all in: fresh ingredients, delicious burgers, huge milk shakes, and several adult beverages to boot. Hopdoddy is also the San Antonio home of the Impossible Burger, a meatless patty that “bleeds,” but is sustainable and plant-based. 17623 La Cantera Pkwy., Suite 101, (210) 434-2337, hopdoddy.com.

Babe’s Old Fashioned Food // From pizza to burgers that require both hands and several napkins, Babe’s has a bit of everything, and most pair well with crisp fried onion rings. With three locations in on the city’s Northwest side, Babe’s is not too far away. Multiple locations, babeshamburgers.com.

Perry’s Steakhouse & Grille // Texas-bred Perry’s got its start as a small butcher shop in 1979 and has grown with locations in Austin, Dallas, Denver, Chicago and San Antonio. Steaks are butchered in-house and Perry’s famous pork chop is carved tableside for a signature experience. Keep an eye out for Flashback Fridays, when the chain turns back time and serves up that same chop for less than a dollar. Get there early — this is a deal you can’t pass up. 15900 La Cantera Pkwy., Suite 22200, (210) 558-6161.

Texas de Brazil // Influenced by the flavors Porto Alegre, Brazil, Texas de Brazil takes the cuisine of Brazil and combines the hospitality of Texas for a meal unique to this churrascaria. Brazilian sausages, picanha, prosciutto and leg of loin are reliable staples. Hit the salad bar for a lighter choice. 313 E. Houston St., (210) 299-1600, texasdebrazil.com. 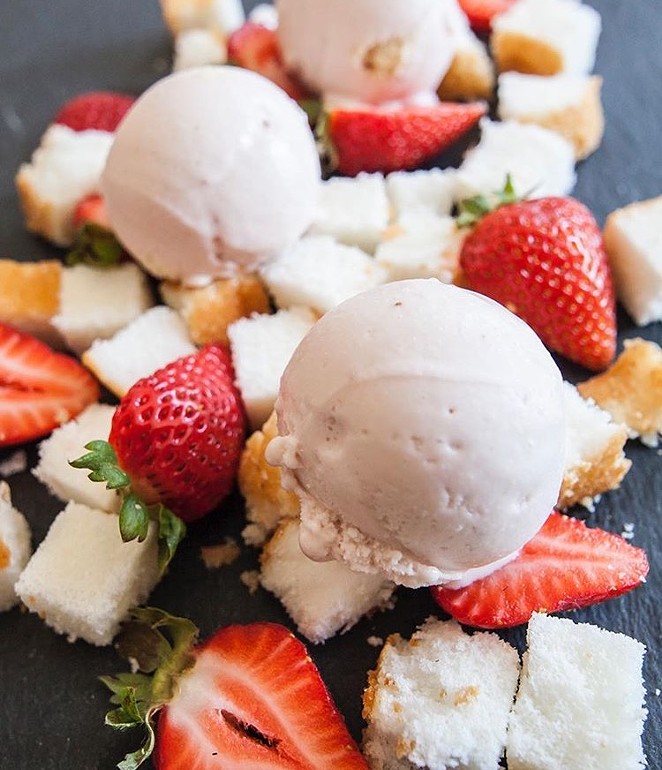 Piatti // Although it’s a chain, Piatti’s gives local ingredients a strong role in its menu. Try the Pollo alla Mattone, succulent and fat with flavor, and the baked Texas goat cheese served with Kalamata olives, a veritable hymn to the humble cabra. Multiple locations, piatti.com.

Los Balitos Taco Shop // Whether you’re picking up for breakfast or stumbling in after a barhop, this popular 24-hour destination adds California influence to SA with killer burritos. Try the yummy over-the-top chile-relleno version, and at least six salsas at the restaurants formerly known as Los Robertos. The tortas are also delicious, especially the carnitas deshebradas. Multiple locations, losrobertostacoshop.com.

Sushi Zushi // With four locations around the city and a usual winner during our annual Best Of SA readers poll, Sushi Zushi is a San Antonio favorite. Texas flavors influence this menu with the spicy LIR roll and spicy tuna roll. The warm katsu curry comforts the sushi averse. Pair it with a strawberry gingertini or blackberry smash from the bar. Multiple locations, sushizushi.com.

Bowl & Barrel/General Public // Bowling doesn’t have to be drab. At this Dallas-based eatery-meets-bowling alley, the bites are modern, fresh and tasty. The shared kitchen with General Public mean you can enjoy the same fare without all the lanes. 17619 La Cantera Pkwy., Suite 102, (210) 920-1102, bowlandbarrel.com.