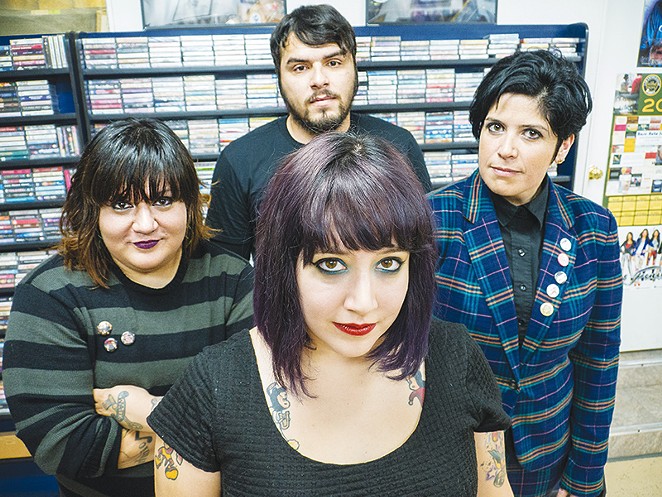 This town loves it some Girl in a Coma. And why not? The all-girl, alt-rock trio has made us proud, climbing into the national spotlight on the strength of their songwriting and sheer moxie. Lead singer, guitarist and songwriter Nina Diaz is one of the most talented artists to ever hail from Saytown, and that's saying something.

Over the past year or so, however, with Diaz trying her hand at a solo career (as a side project, not permanently), GIAC's other two members, drummer Fannie Diaz and bassist Jenn Alva have been kicking ass with their Chicana punk rock outfit FEA. Far from the tight, alt-goth melodicism of GIAC, FEA comes screaming to eat your brains, and they fucking mean it. It's no wonder our readers are on the FEA train.

Along with lead singer Letty Martinez and guitarist Aaron Magana, Phanie and Jenn have developed FEA into a fierce force. With a three-song zine/album out now and a full length in the works for early 2016 (both on Joan Jett's Blackheart Records), in addition to touring nationally, FEA shows no signs of slowing down.