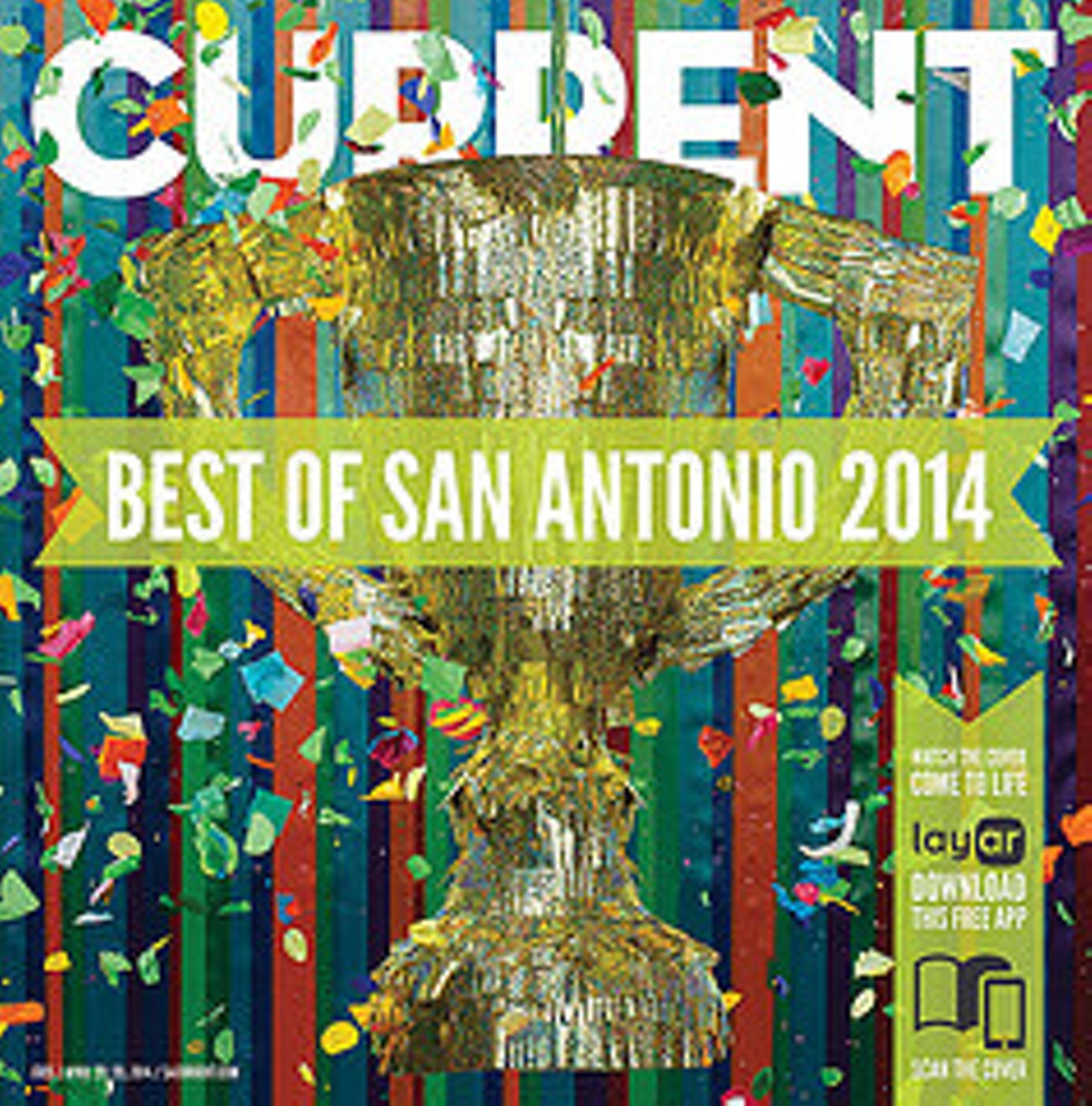 I’ve always approached our Best of San Antonio issue with a mixture of excitement and dread. It’s exciting to see what readers choose as their favorite aspects of San Antonio, from shopping to nightlife to the people who make this city shine.

But I’ve also often been underwhelmed by the responses. I used to joke that we should call this issue “Best Marketing Campaigns of San Antonio 2014.” I know, I know, that’s part of the deal, but in years past we’ve had to dutifully report on megachains like The Cheesecake Factory for best dessert (2010) or suspicious “winners” who quite obviously were better at gaming online polls than any of their purported “best” qualities (a winner that will not be named from 2013, for example).

So, this year we wanted to shake it up a bit and see if we could get a more accurate reflection of the SA’s outstanding citizens and businesses. Firstly, we divided up the subcategories between readers’ picks (145 subcategories) and critics’ picks (55), to find out what our hardworking staff and contributors feel should be recognized for excellence.

Our critics mainly handled the zanier topics, like “best place to sleep in public” and “best place to indulge carnivorous cravings,” but also areas in which they had specific expertise that would go above and beyond the average San Antonian, like our longtime food critic’s opinion of the best wait staff in town and our music editor’s choice for the local bar with the best music selection.

Readers still weighed in heavily on classics like “best burger” and “best tattoo shop,” but our new polling software made it much easier to prevent and eliminate cheating. We also implemented a rule that any winning business had to be headquartered in San Antonio and any winning individuals must live or work in Bexar County. We admit to breaking our own rules on two occasions: for the best bathroom to sneak into as a non-paying customer during Fiesta (we wouldn’t do you like that, San Antonio small business owners) and best local sports fan (to a Houston-based SA native bringing his Spurs love to the wider world).

Now that the results are in, I think you’ll like them. This year there’s more joy in celebrating the weird, wacky, kooky and quirky, and 99 percent of the winners are current San Antonians. To me, that makes it the best Best of San Antonio yet, and I hope you agree.

A final note, thank you to one of our favorite locals, Mr. Piñata, for participating in our marketing campaign and the augmented reality video on our cover. Also, huge thanks to Johana De Leon for handling our unusual custom piñata requests. See them in person at our Best of San Antonio pachanga on April 25!