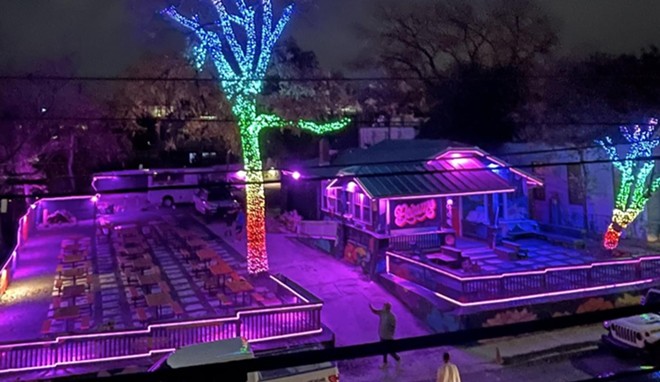 Bésame is slated to open at 509 and 511 East Grayson Street, on the site of the former Alamo BBQ building, according to the SABJ . Ortiz said that the new ownership at both The Modernist and Three Star Bar and the recent opening of southern eatery Restaurant Claudine signify rapid growth in the area, calling it a potential hub for nightlife modeled after the city's St. Mary's Strip and Rainey Street in Austin.

“That's the reason for the interest,” he explained. “I felt like it can always be that spot. The St. Mary's Strip is [nearby], so that's another platform for entrepreneurs to come into the area and expand on that.”

Like Ortiz's colorful, art-filled El Camino, which opened in the spring of 2021, Bésame will offer a full bar, the San Antonio Business Journal reports. Bésame's aesthetic is worlds different, however.

"The interior is all bright white with soft colors," Macro Design Studio Principal Jeremy Bateman told the Business Journal. "It's very relaxing, serene and less of a wild party than El Camino is."

Macro Design Studio is designing the 965-square-foot space. Bateman also said the bar's design is meant to blend into the surrounding neighborhood with its color palette.

While most of the trucks will be at the park on a rotating basis, the SABJ reports that Ortiz has struck deals with 2M Smokehouse and Pete's Chicken Shack to be on site permanently.

According to Ortiz’s social media, Bésame — Spanish for “kiss me” — could open as soon as Dec. 16.