Yep, that sounds about right. 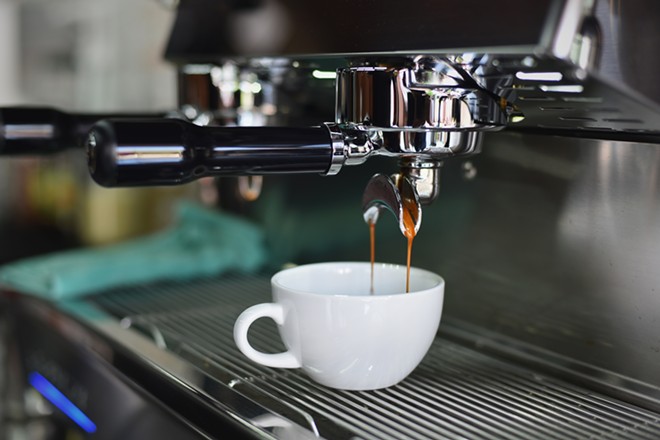 Pexels / Chevanon Photography
San Antonio has seen its fair share of new coffee spots pop up this year.
A study released this week by DrugGenius.com found that 27% of the average Texan's daily fluid intake is made up of alcohol and caffeine.

Yep, that sounds about right.

The ambiguously-named website — which offers an online pill identifier and informative health-focused articles such as, “Does Chlorophyll Make You Poop? If So, Why?” and the equally-enthralling follow-up piece, “Does Matcha Make You Poop?” — commissioned the study, which surveyed 4,000 Texans to find out just how much we drink.

The survey found that more than a quarter of the average Texan's daily fluid intake consists of fueling the workday with coffee and taking the edge off in the evenings with a nightcap.

Perhaps this data isn’t surprising to some — it certainly isn't a surprise to the Current, as we have seen a fair share of new coffee spots pop up in the Alamo City this year alone.

Alcohol has embedded itself in American culture for generations, but recent years have ushered in rise of coffee culture as well. Cities like Phoenix and Austin, for example, offer almost as many coffee shops as they do other drinking establishments, according to DrugGenius.com officials.