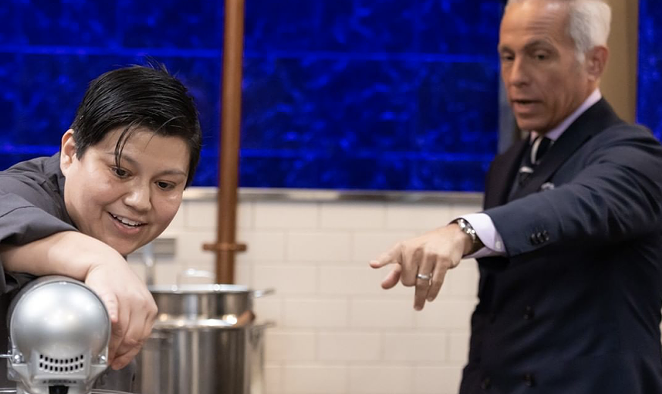 The long-running Food Network show pits four professional chefs against each other as they turn baskets of mystery ingredients into three-course meals for the chance to win $10,000.

“I’m so happy, now I can finally talk about it,” Kuykendall said at a Chopped watch party Tuesday at Milpa at the Yard shopping complex. “I’ve got a great team here at Milpa, we’re opening up Bodega Cats, and of course, Ocho. I wouldn’t be here without my friends, my team, the love from San Antonio and Laredo."

While numerous SA chefs have competed on Food Network shows such as Chopped, Beat Bobby Flay, Iron Chef Gauntlet and Next Food Network Star, by our count, Kuykendall is the first classically trained chef to take home a top prize.

In 2018, local chocolatier and baker Nacho Aguirre competed in and won season 4 of Spring Baking Championship, becoming the first SA-based confectionery pro to do so.

Kuykendall, a Laredo native, plans to use the winnings on a long vacation for their mother Carmen, the inspiration behind the tacos arabes, asada and carnitas at Milpa.