After making her name in Canada's Drag Race, Jimbo returned to the fold as part of UK Versus the World, which united former contestants from across the globe. 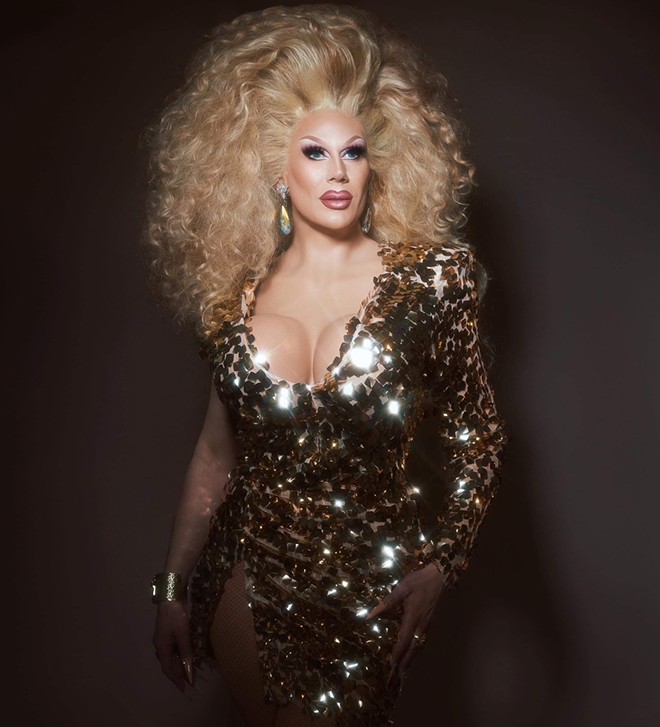 "I was very awkward," she told the show's producers. "I had no friends. But in grade 10, I was on the bus and I made a joke and everyone laughed. Being myself in that moment paid off, and from that moment, I started to just rely on my sense of humor and to be more myself ... It's a really powerful message to show people that you can be stepped on but you can rise up."

Wildly inventive and unpredictable, the self-described "drag clown" flexed that winning sense of humor through nine episodes and even took top honors in the notoriously unforgiving "Snatch Game" — during which she impersonated Joan Rivers and pretended to snort the ashes of the comedy icon's late husband.

Earlier this year, Jimbo returned to the Drag Race fold as part of UK Versus the World, which united former contestants from across the globe. Importantly, that series flipped the script by placing eliminations in the hands of each week's winner, who could chop the weakest link ... or perhaps the fiercest competition.

In the premiere episode's talent show, Jimbo perplexed and delighted as her bizarre alter ego Casper the Baloney Ghost, birthing a stack of cold cuts and then tossing the slices onto her white vinyl costume. That conceptual clownishness landed her in the top — as did the shimmering gold gown she made from scratch in the following episode. The upward trajectory hit a snag when Jimbo failed to impress with her portrayal of Dodo the Dog in West End Wendy's: The Rusical and landed in the bottom. In a move that set the internet ablaze, Thailand's Pangina Heals sent her packing.

Speaking to the Gay Times in February, Jimbo addressed her controversial elimination: "I kind of likened it to being in a race car. You're racing, you're in the lead, having fun, and then some other fuckwad pulls the emergency brake and you just skid out and crash."

Sadly, some of the online culture surrounding Drag Race can be quite toxic and Pangina Heals was already receiving racist messages and even death threats based on her previous elimination of Jimbo’s fellow Drag Race Canada star Lemon. Regarding the hate her fans were directing at Pangina Heals, Jimbo continued, “I would say that drag is all about a sense of humor. ... Pangina is literally a human being — I know it’s hard to believe, but she actually is. ... She doesn’t deserve any hate, so my message to my fans is: don’t hate, celebrate. There’s no time, hating makes you wrinkled. Hating makes you ugly.”